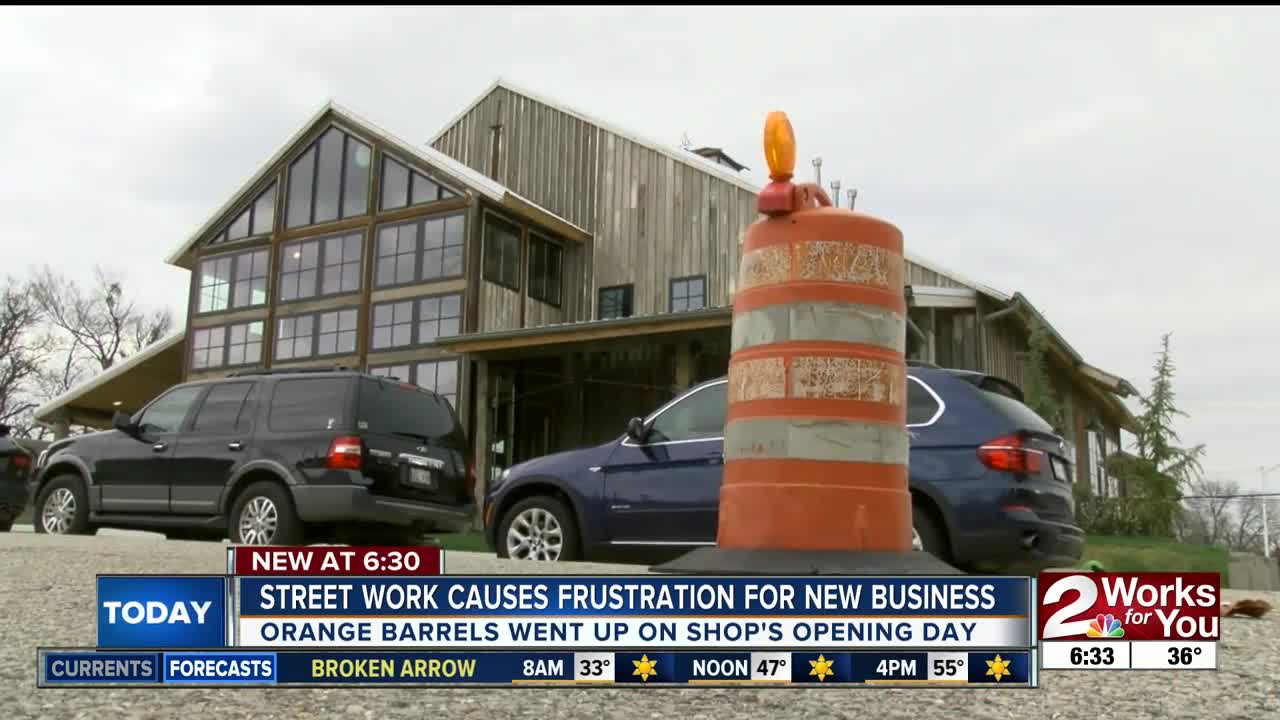 TULSA — We all know running into construction is inevitable in Tulsa, but it's especially frustrating for a business that just opened up.

It took Brian Franklin a year and a half to transport and resurrect an old barn from Indiana to become the new location for DoubleShot Coffee Company on Boulder Avenue in downtown Tulsa.

"We moved over from Boston to Boulder because the traffic pattern is one that takes people into downtown from Riverside," Franklin, the owner said. "I was expecting 14,000 cars per day to go down Boulder when we opened."

But on opening day, city crews came out and closed a lane right out front and put up barrels and roadblocks. Franklin said, "I wish that the city would at least acknowledge that we've put a lot of effort into something like this and notify us if they are going to do construction."

City officials say they do notify affected businesses and residents in-person before a construction project. They say this project, in particular, was an emergency storm sewer repair, but once the city is done with the work, a contractor comes out to re-pave the road.

The city handed the work over to the contractor last Friday and the final stages are underway for completion.

But nevertheless, construction, in general, is still frustrating for business owners like Franklin.

City officials expect the road to be re-opened for the weekend.