Community rallies together for teacher, three children after house fire 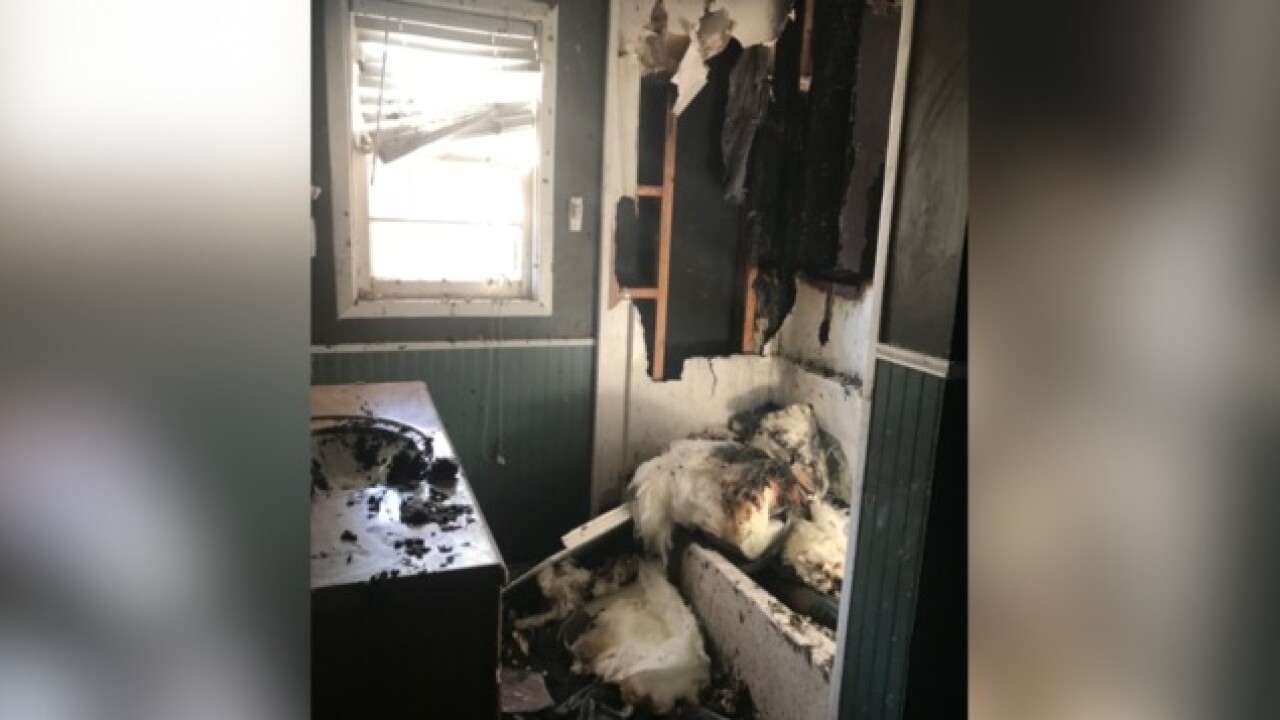 When Berryhill teacher Desiree Helm woke up to her home on fire, her first thought was to get her three children out of the house. Less than an hour later, she was contacting her principal about the day's lesson plan.

Helm says the fire started in the wall between her bathroom and her youngest daughter's bedroom.

"I thought it was just in the bathtub," she said. "It just kept re-lighting. Every time I would put it out it would come back up."

Helm says everything in the bedroom is ruined. The fire melted pictures to the wall and destroyed all her seven-year-old daughter's clothes and furniture.

"Luckily she did sleep with me last night," Helm said thankfully. "But it definitely puts things in perspective."

Helm, a fourth grade teacher at North Berryhill Elementary School, got everyone out without a scratch, but less than an hour after waking up, she texted Principal Julie Belk saying her lesson plan for the substitute was ready for the day.

"I just told her to take care of her family," Principal Belk said, "and we have everything covered here."

Belk says the faculty at Berryhill has rallied along with Helm's former school, Allen Bowden.

"Amazing is the only word that comes to mind," she said. "I would say probably the biggest thing I would think of when something happens like this at Berryhill, is nothing is too big for people to chip in and conquer, and that's what we've done today."

Helm is thankful everyone is okay, but is now focusing on the months to come, with the help of those who have rallied around her.

A GoFundMe has been created to raise money for the family. Physical donations like clothing and other items can be dropped off to Berryhill School offices.