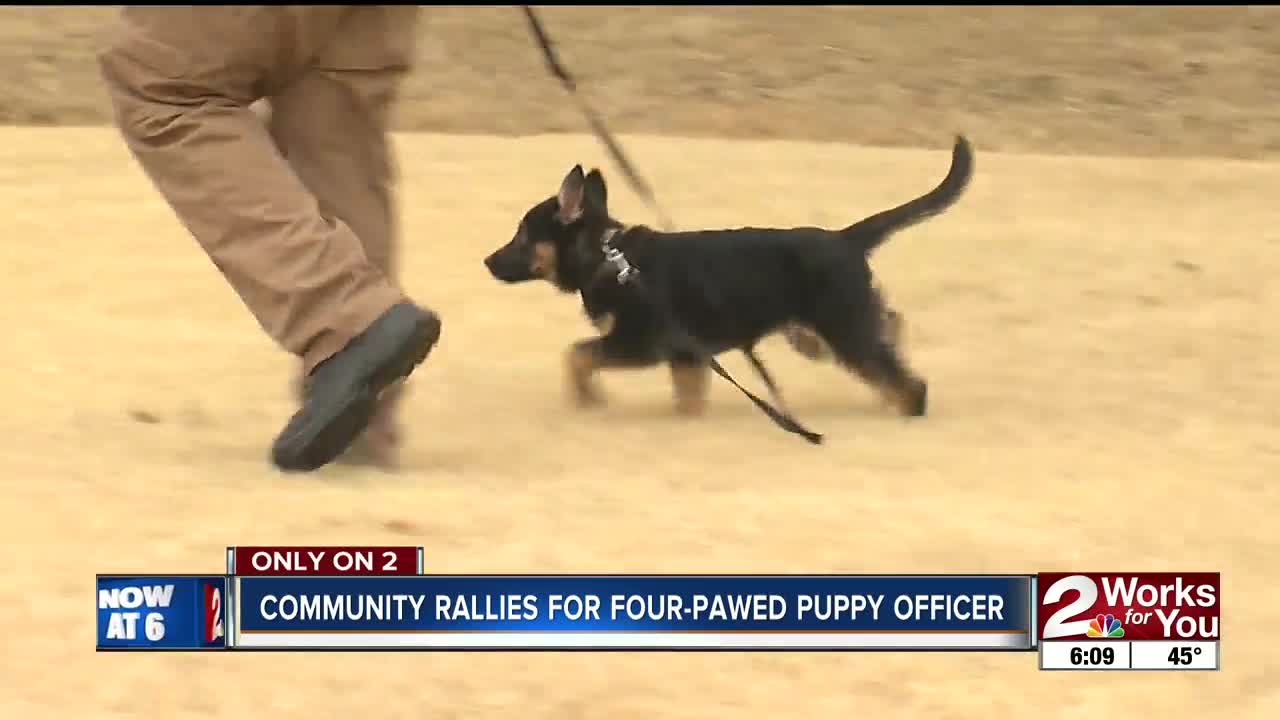 KELLYVILLE, OK (KJRH) — A small community is coming together so a 3-month-old puppy will one day be able to serve them.

Lead, named after The Fast and the Furious character Letty Ortiz, and Officer Tyler Stroup have a lot to look forward to. She’s a German Shepherd who was born into the family of Kellyville first responders. Fire Chief Matt Staiger and his wife Sherry couldn’t keep her, but they wanted Lead close.

"I got this idea in my head to try to get a K-9 for Kellyville, and it’s starting to come together now," Stroup said.

The final hurdle is money. Adding a police dog isn’t cheap; Officer Stroup says the up-front cost can total up to $20,000. That’s why local businesses in the community are pitching in to help, after Stroup hopes to get the money for training (up to $9,500) from the city next month.

"I think it’s awesome. I love having community support," Stroup said. "We’re not just here trying to take people to jail. We want to be in the community and help better the community."

Local businesses are helping by matching donations and hosting fundraisers. When Lead gets to begin training, she’ll train in narcotics, tracking, and search and rescue.

"It’ll help big time here," Stroup said. "We’re going to talk to the schools as soon as she gets approved, and we’ll do backpack searches at the school, search cars, and stuff like that to help keep our schools safe from drugs."

Lead would be Kellyville's fourth full-time officer. For Officer Stroup, he would have backup in his back seat for his 12-hour shifts.

"If I’m in trouble out on the street with somebody, it’s 5 to 30 minutes before I can get backup here," Stroup said. "[Lead] adds so much to a team, plus always working alone because there’s only one to a shift. So now I’ve got a partner to talk to and hang out with."