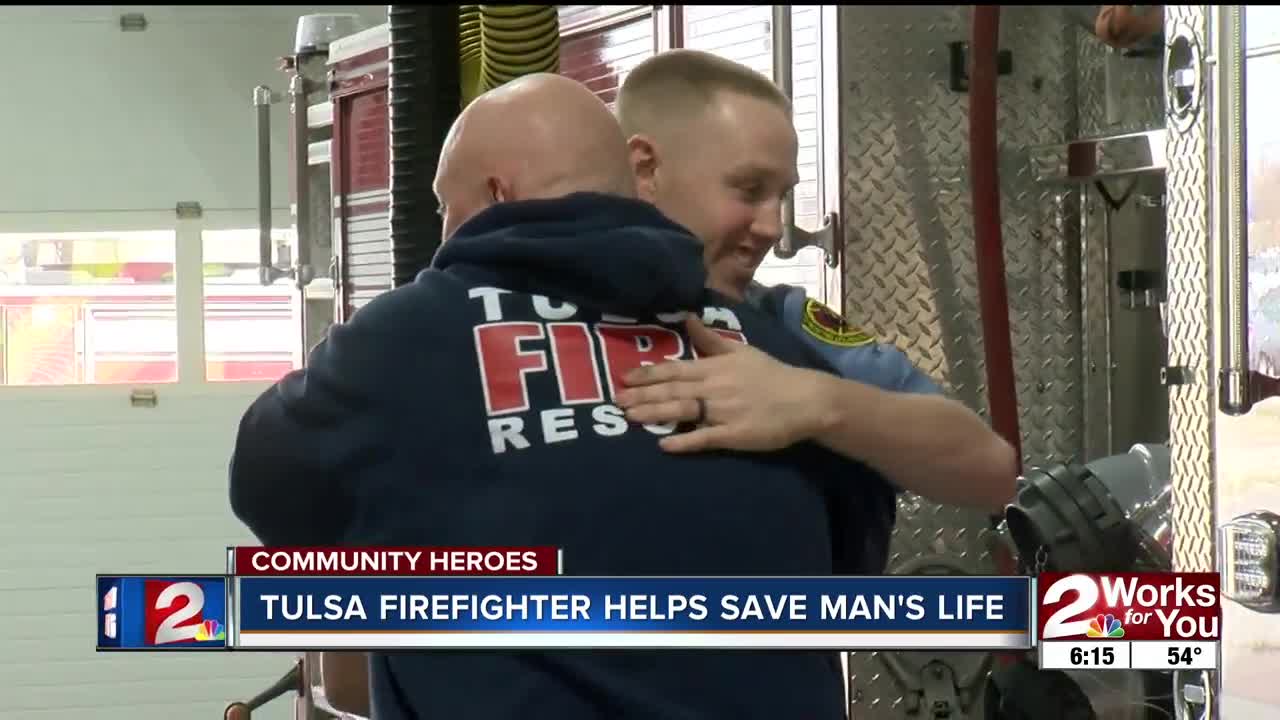 TULSA — A Tulsa firefighter who spends his free time racing four-wheelers across the country, recently helped save a life while he was off-duty.

Dillon Youngblood says the racing community is close-knit, like a family. That's why a few months ago, when he was preparing for a race in Missouri and heard silence from an always-rambunctious crowd, his training told him there was trouble on the track.

He ran toward it.

"I wasn't for sure that someone was still inside, but it was fully involved," Youngblood said.

A fellow racer was inside a burning vehicle.

The firefighter had his extinguisher and knew just where to hit the flames to knock them down quickly and get the young man out and to an ambulance. The man is still recovering.

"I know he's going to have a long road to recovery," Youngblood said. "He spent a lot of time in the hospital, but he did get released and he walked out of there, so that's what I'm grateful for."

Youngblood is grateful for his training, as helping people when they're in trouble is why he became a firefighter.

"Here's how you can describe Dillon, what every captain will say is, 'If I could have three more guys just like him, I could accomplish anything,'" said Bryan Lloyd, Tulsa Fire Department District Chief.