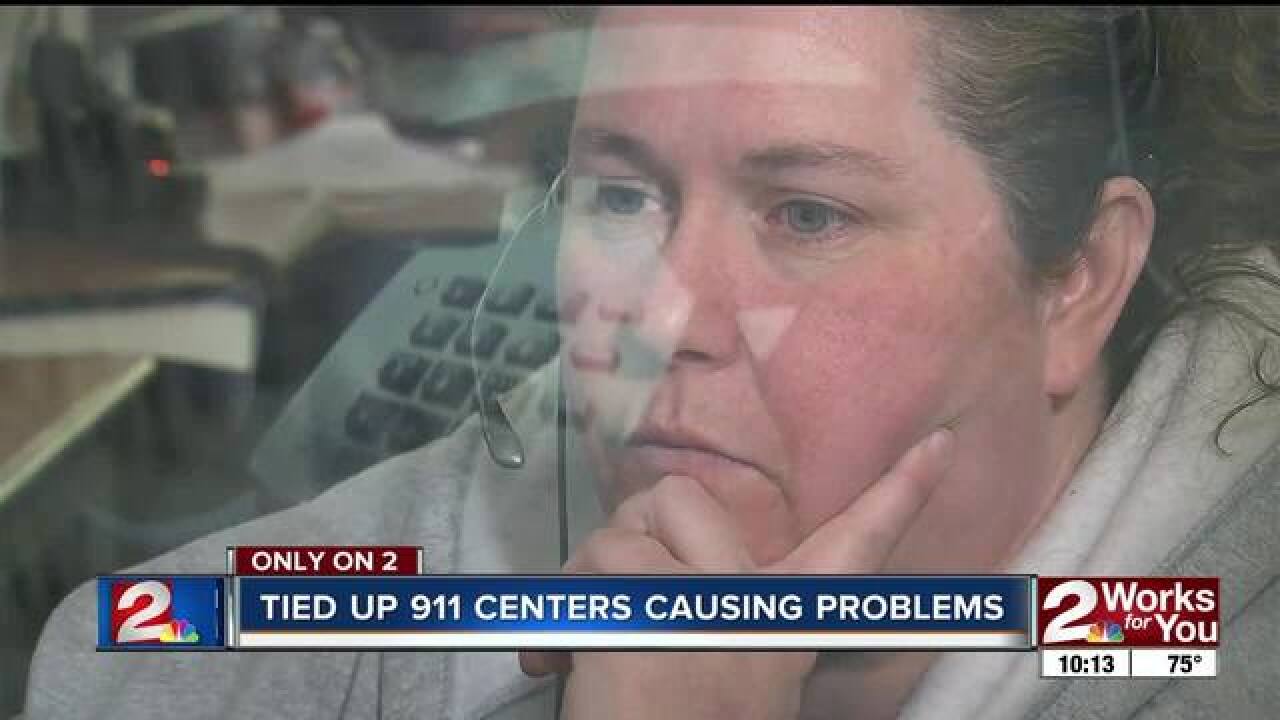 Clogged 911 lines are a nightmare for dispatchers.

The Tulsa 911 call center gets up to 20,000 calls per week. And with a lot of calls that don't need to go to a dispatcher, the lines quickly get clogged.

Debbie Acton is one of the voices on the other end of the phone when you dial 9-1-1. She is one of the handfuls of people who answers calls before re-directing you to the most appropriate division.

Acton said, “We've got a handful of people like that call us - our regulars. We kind of know how to get to the point, figure out what they want, and move on."

A good chunk of her days consists of non-emergency calls.

911 Communications Director Terry O'Malley explained, “That would be things like, 'What's the OU/OSU score?' or 'I don't have a cell phone plan, but I have this cell phone that was given to me and it will only dial 9-1-1, so could you please transfer me to Mazzio's Pizza?'"

O’Malley says it takes an average of three and a half minutes to process one call. With a high volume of non-emergent calls, bogus or prank calls (which constitute a criminal offense) and pocket dials, you can imagine how clogged the lines are and explain why you may not get a dispatcher right away.

O’Malley said, “Those calls that really shouldn't come to 9-1-1 are a problem. You're basically cutting in line in front of someone who has a real emergency when you don't have an emergency."

And if you accidentally dial 9-1-1, don't hang up. The director said, “We're going to have to call you back if it's 9-1-1 and we see it's a hang-up call. We don't know if you were struggling with someone, if you were only partially able to get through to us and if we need to send help."

If you don't answer when a dispatcher calls you back, police will automatically be dispatched to your location, which is a huge waste of resources.

Tulsa has about 60 total employees, about a dozen in training and about two dozen vacancies.

O’Malley explained, “Staffing is our biggest logistical issue. If we can get to full staffing, which would be 100 people hired . . . I think you would see people getting their calls answered by the national standard, which is being able to answer 90 percent of the calls during your busiest hour of the day within 10 seconds."

That is a goal O’Malley thinks is attainable. In the meantime, she hopes callers use good judgment and don't abuse one of the city's most valuable resources.

She said, “The main thing is only to call 911 when you have a life-threatening emergency where a crime is being committed as we speak, so something that is occurring or has just occurred."