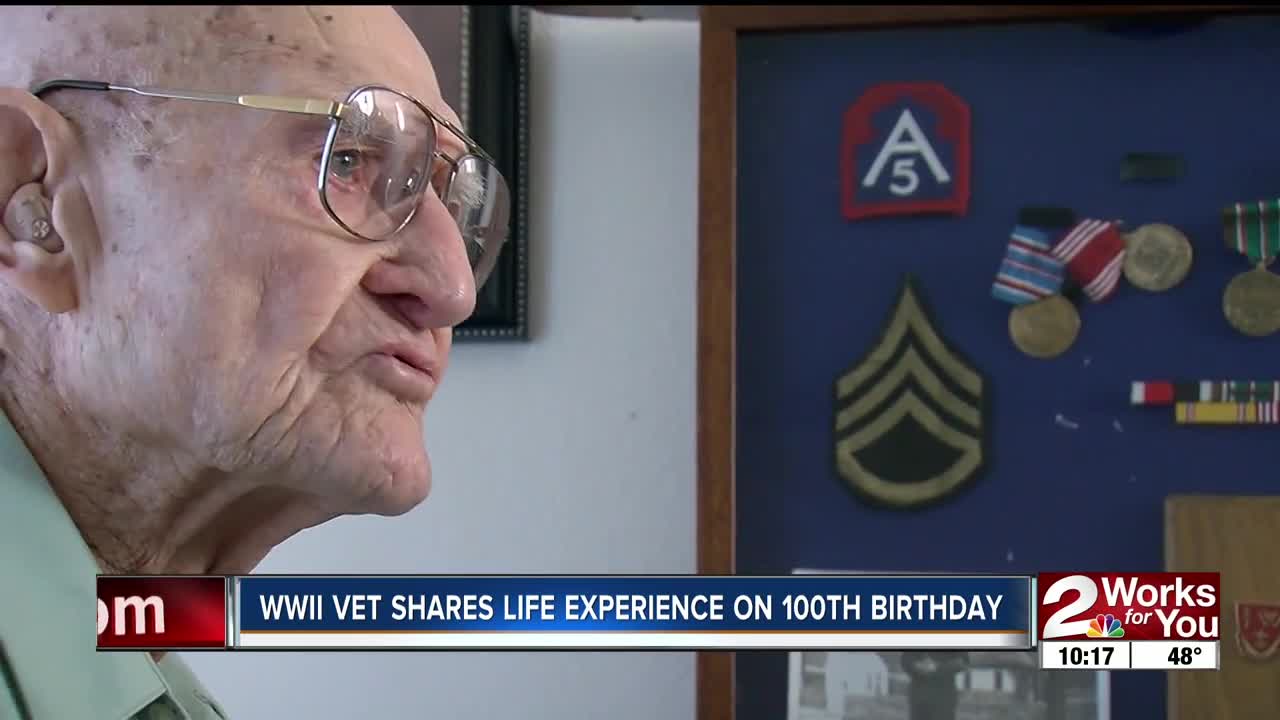 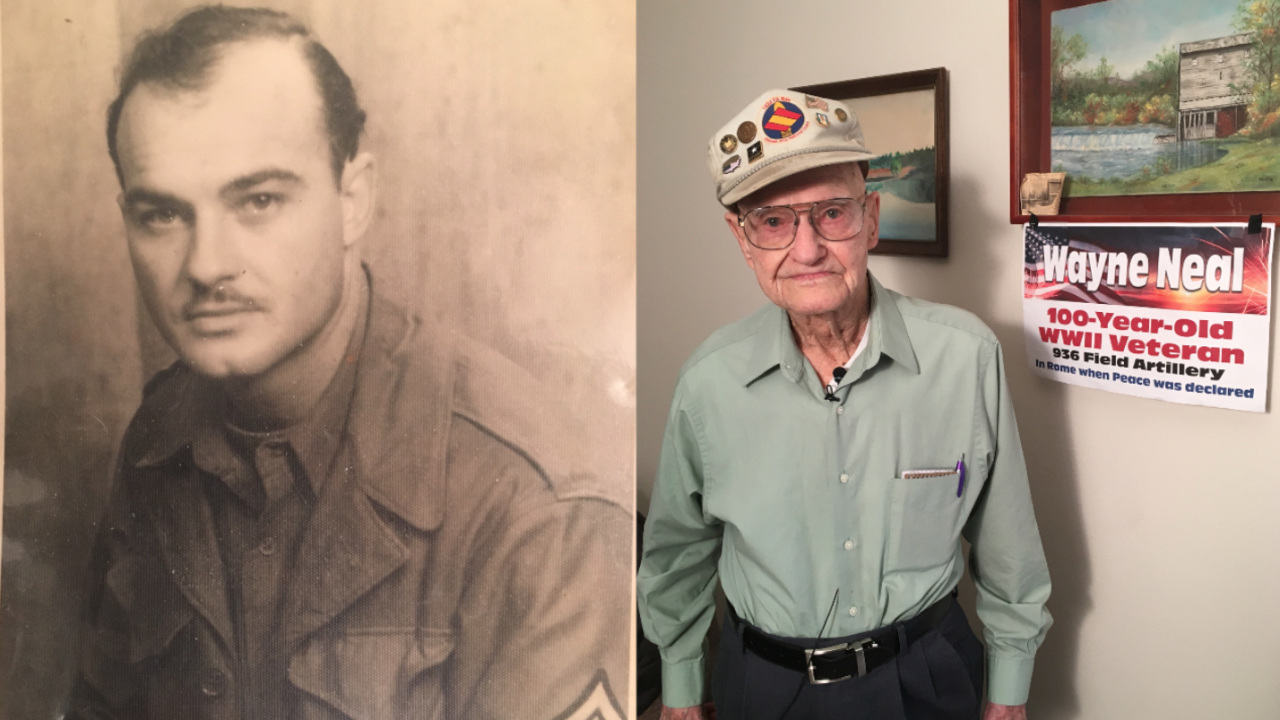 CLAREMORE, Okla. — Wayne Neal was born on Jan. 17, 1920 in a little town outside Fayetteville, Arkansas. He joined the federal National Guard at just 15 years old, and shipped off to Italy with the Army for two years in World War II.

On his 24th birthday, Neal was on the front lines as allied forces began the Battle of Monte Cassino. It was a four-month struggle that paved the way for the final push into Rome.

Neal still remembers driving into Rome, and the celebration that began as soon as he told those hiding in their homes that the Americans had arrived. He stayed in Italy pushing north, and one year after the end of the Battle of Monte Cassino he was celebrating the end of the war.

On his 100th birthday, Neal is getting to celebrate with family who have converged from all over the country, and plans on "cutting loose" by eating oysters.