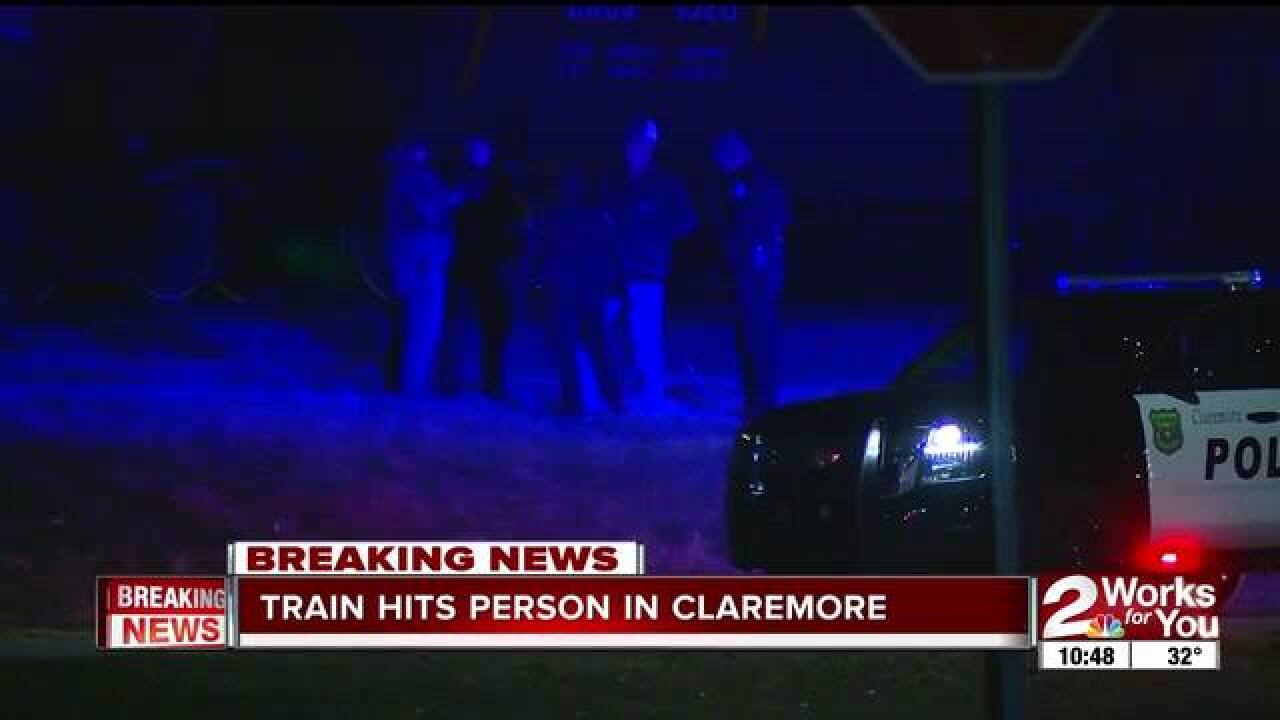 A man is in the hospital with severe injuries after getting hit by a train in Claremore this evening.

Officers tell us this all happened just after 7:30 p.m.

The Burlington Northern train crew reported they hit someone.

Claremore Police confirm a person was hit by a train along Highway 66. The victim is recovering at a hospital in Tulsa and is currently speaking but road closures are expected for hours during the investigation.

Police say the train was only going about 20 miles per hour, but when they arrived here the victim was suffering critical injuries all over his body.

When a helicopter didn't arrive in time they pulled him out from under one of the cars and the ambulance took him to another location where he was then picked up and flown to a hospital in Tulsa.

Claremore Police tell us they’ve determined the train is safe to move out and the four blocked intersections will likely open in the next hour.

"Trains cannot swerve and they can't slow down on a dime so you have to pay attention any time you're near train tracks," Claremore Police Lt. Doug Woodward said. "We don't know what his intentions were at the time. Whether he could hear it or whether he could see it but they're very large objects that can't just move out of the way you have to be very careful every time you're around train tracks."

Police say the man was talking when they arrived but he did suffer severe trauma.

Now they're working determine why this happened.

Officers say for as many trains that come through this area, these kinds of incidents are not common.