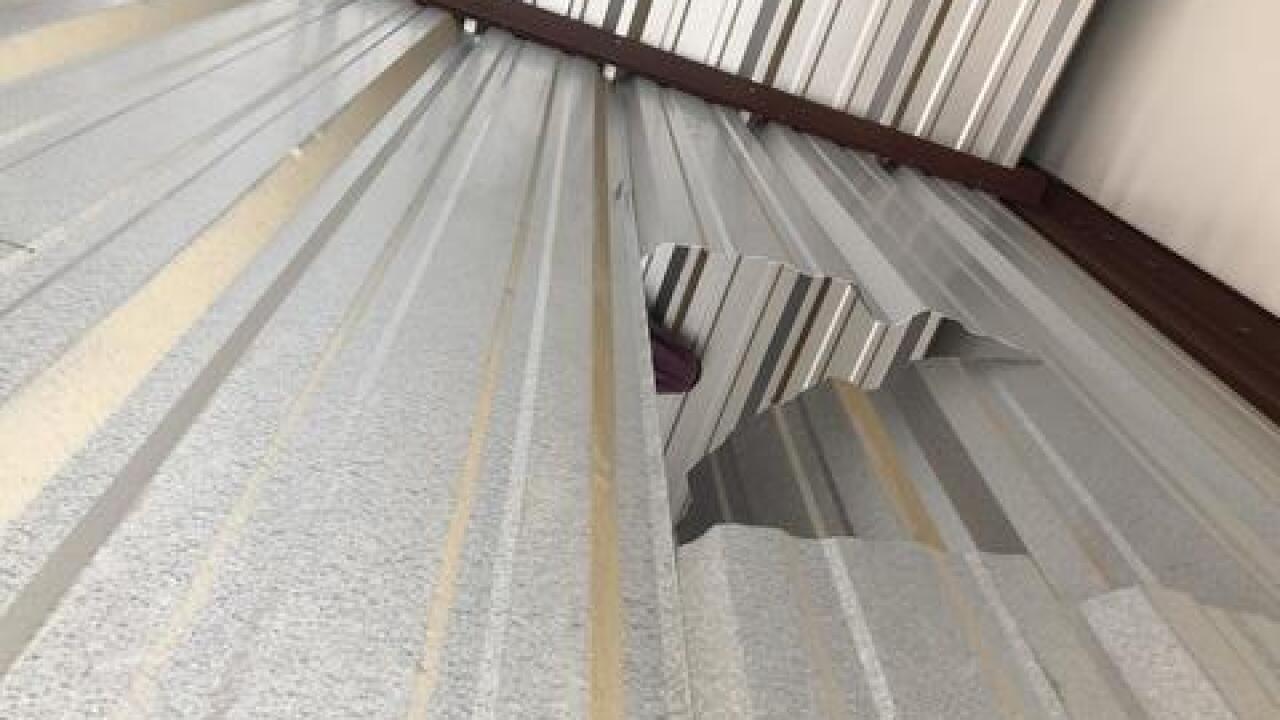 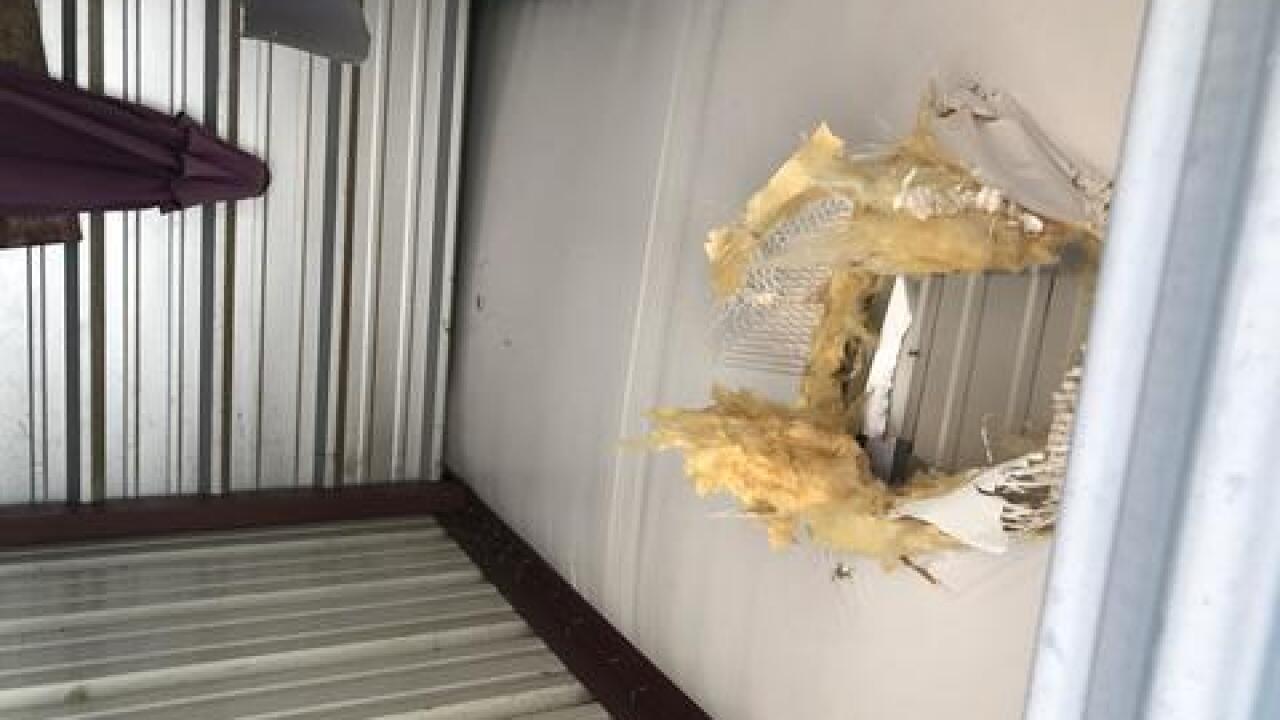 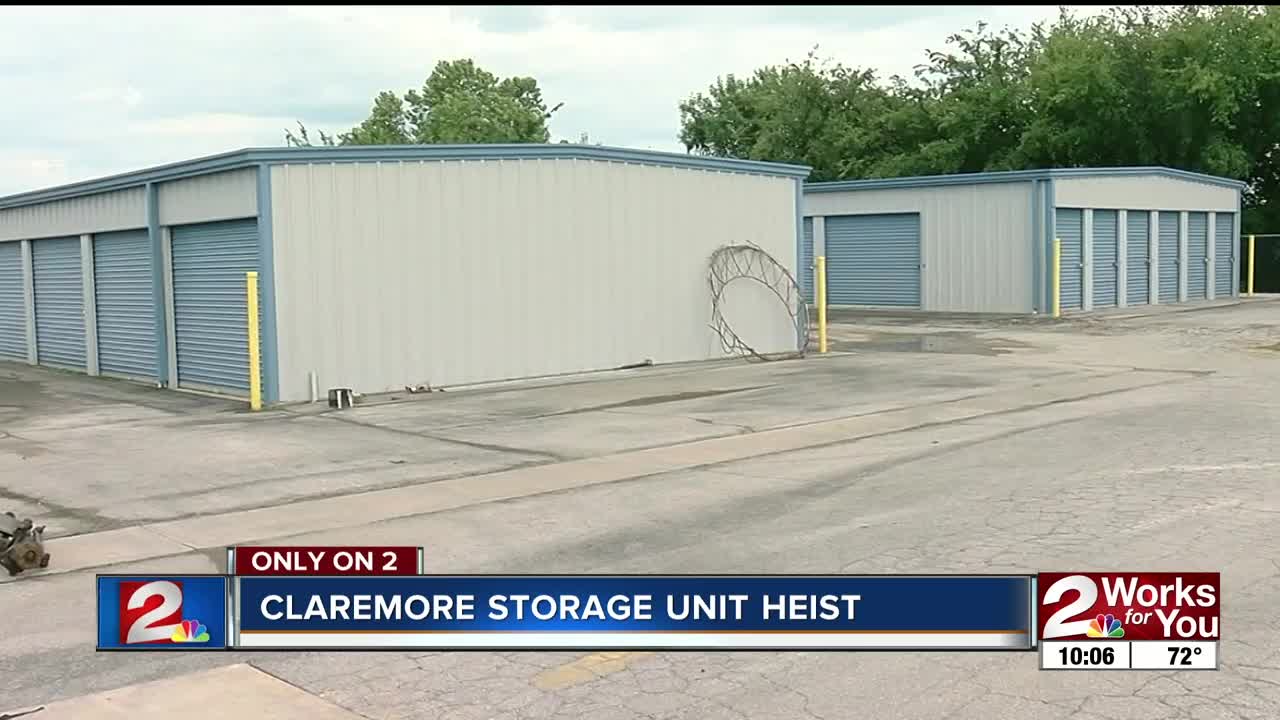 It was a shocking discovery for several people who rent from a Claremore storage facility.

Their personal belongings ransacked all from someone who cut a hole through the roof and worked from unit to unit behind closed doors.

Chris Rose knew something was wrong when he drove up to his storage unit over the weekend to find the lock on his neighbor's unit cut off.

"I looked up and I'm like there wasn't a sunroof in here before," said Rose.

What he found inside his own unit was a surprise too.

"I had the opportunity to look through one of the big holes and look in the unit next to me and that had been trashed, somebody tore it up," said Rose.

Even the barbed wire fences and security gate weren't enough to stop this thief!

"He had to do it at some off-hours knowing that he'd might of done it with us here being inside, we never knew because he's cutting through the walls," said Robert Barnes.

The owners shaking their heads.

Smith said the thieves broke into 18 of his units from overhead.

After the thieves came through the roof, the owners believe they got from unit to unit by cutting right through the interior walls.

Owners scrambled to get all the affected units searched and secured.

"I would ask people to pay attention right? if you see something that doesn't look right make a phone call. that's what the police are for," said Rose.

While the owners work to get in touch with everyone, the storage unit renters will be cleaning up.

"It's just a terrible thing to hear these people are storing their stuff--mine is, I'm just glad nothing was missing," said Rose.

"Criminals... if they put the time they invested in all the work in doing all this they could've done something productive in life and not had to ruin other people's lives," said Smith.