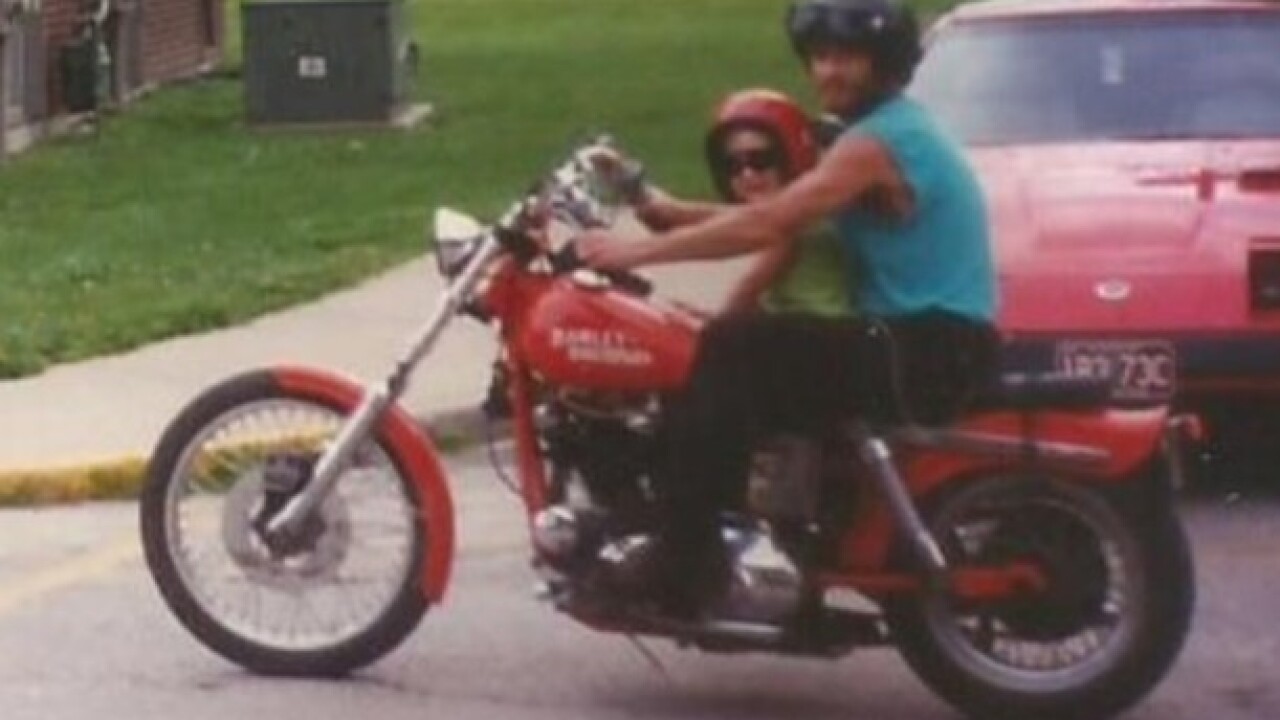 CLAREMORE, Okla. -- John Marshall is on a deadline, working to repair a family keepsake before deployment to Japan next week.

With the help of a local mechanic, the marine plans to take the first ride in decades on his late father's Harley by Friday.

It's been in the family for decades, belonging to Marshall's late father, who passed away 19 years ago. The marine was five at the time. Since then, he's dreamed of calling the bike his own. For the first time this year he had the resources to make it happen.

"I was looking at some pictures of me and my brother sitting on it with my dad and I was thinking, 22 years ago I was sitting on that bike with that man and I got chills a little bit. It's been an emotional experience, it really has," Marshall said.

His father had wrecked the bike, and was repairing it when he died. While going through parts, Marshall found written in sharpie on the tank the words "fix me." The marine told us he was up to the job.

"I kind of feel like I'm finishing the job that he started and picking up where he left off. I read that and kind of got chills a little bit, like he was giving me a message, you know? This tank needs to be fixed," Marshall said.

In what would normally take months, the marine was able to achieve in a matter of days. The mechanic at Mizfit Cuztomz said he didn't hesitate to take on the task.

"Let's do it. This is what I do for a living. That's what my God put me on this earth to do is build motorcycles," Steven Murray said.

Marshall kept every original part he could, from spokes to the engine.

"The memories I have that bike is right there with him. It's so fantastic, I feel so much more a part of it, a part of him... because I was so young. This kind of gives me that closure," he said.

The marine said he feels his father with him, and looks forward to that company on his final ride.