City of Tulsa to oversee search for 1921 Race Massacre graves 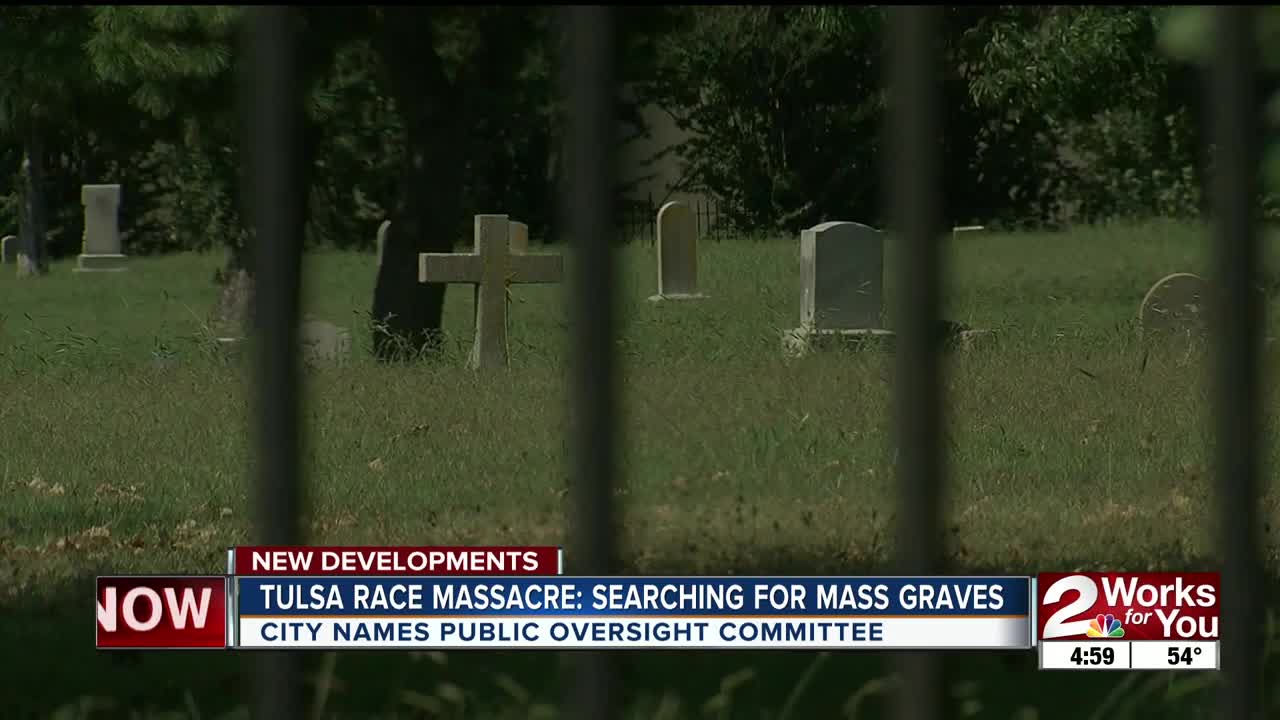 The City of Tulsa has created a committee to oversee the search for mass graves of those killed in the 1921 Tulsa Race Massacre.

“If we can identify a place where there are bodies, we have a responsibility to look into that,” mayor G.T. Bynum said.

Bynum announced the plan last fall. A search of three possible mass grave sites were identified in a 2001 state report:

The search will begin with the use of ground-penetrating radar.

If anything's found, the city and the oversight committee will decide whether to excavate.

If human remains are uncovered, the state medical examiner would determine cause of death.

The city and the oversight committee would then look at 'next steps' in terms of DNA testing and honoring the victims.

That's important to the families of victims and survivor -- people like Rashad Woodrow, whose grandmother Hazel Jones passed away last year.

“The first step of true healing.. with what went on back in 1921,” he said. “And I feel like those victims, they deserve a proper burial.”

The first meeting of the public oversight committee is May 23 at 5:30 p.m. and will be held at the 36th Street Event Center.

Another interesting note about the investigation, there was a Spanish influenza outbreak in Tulsa in 1919, just two years before the race massacre. If any remains are found, the city says the medical examiner will have to determine whether those people died from the outbreak or in the massacre.