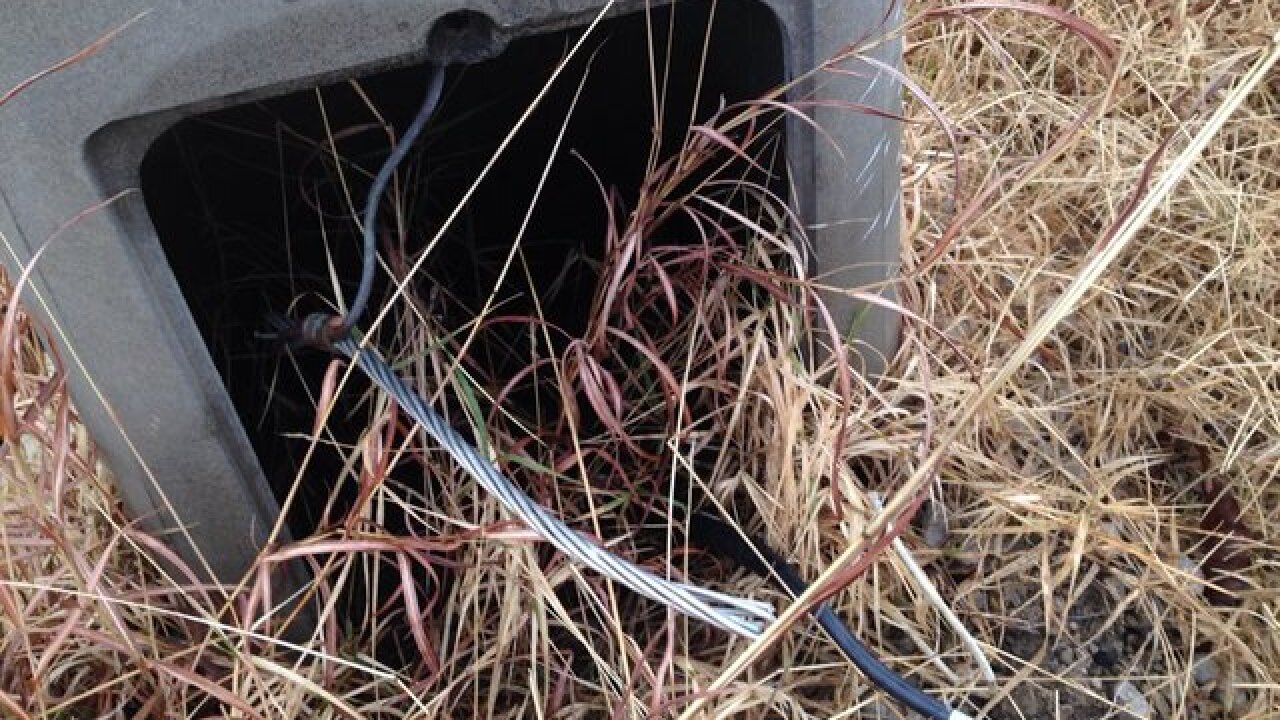 TULSA -- Darkness is a constant problem across Tulsa, which is in part due to the copper thieves who continue to target street lights.

Some lights are fixed.

"If you want to be seen, you need lights," north Tulsa resident Tracie Chandler said.

Others, not so much.

"We get them fixed but then we have to go back them again because of thieves," City Councilor Karen Gilbert said. "It's not something that just popped up. It's been going on for years."

Thieves if you're listening, your copper days are over.

"People just need to know that hey there is no copper here," Chandler said.

"Our staff is putting the stickers on the bottom base of the poles to let people know that we're not using copper anymore," Gilbert said. "We're using aluminum."

But it doesn't mean that stops the culprits.

"They'll strip it again, thinking it's copper but low and behold as they start rolling it up they find out the sticker was right," Gilbert said.

In January, $2.9 million estimated to fix lights across the city.

"It's not cheap," Gilbert said.

"We've been getting locking doors and that's pretty much kept them out of there," Streets and Stormwater Director Terry Ball said.

The city provided a map of the areas that have been fixed.

"We still have to fix the idl and the Broken Arrow Expressway and that could be another $5 to $6 million," Ball said.

So the question, will light finally make it's way back to Tulsa?