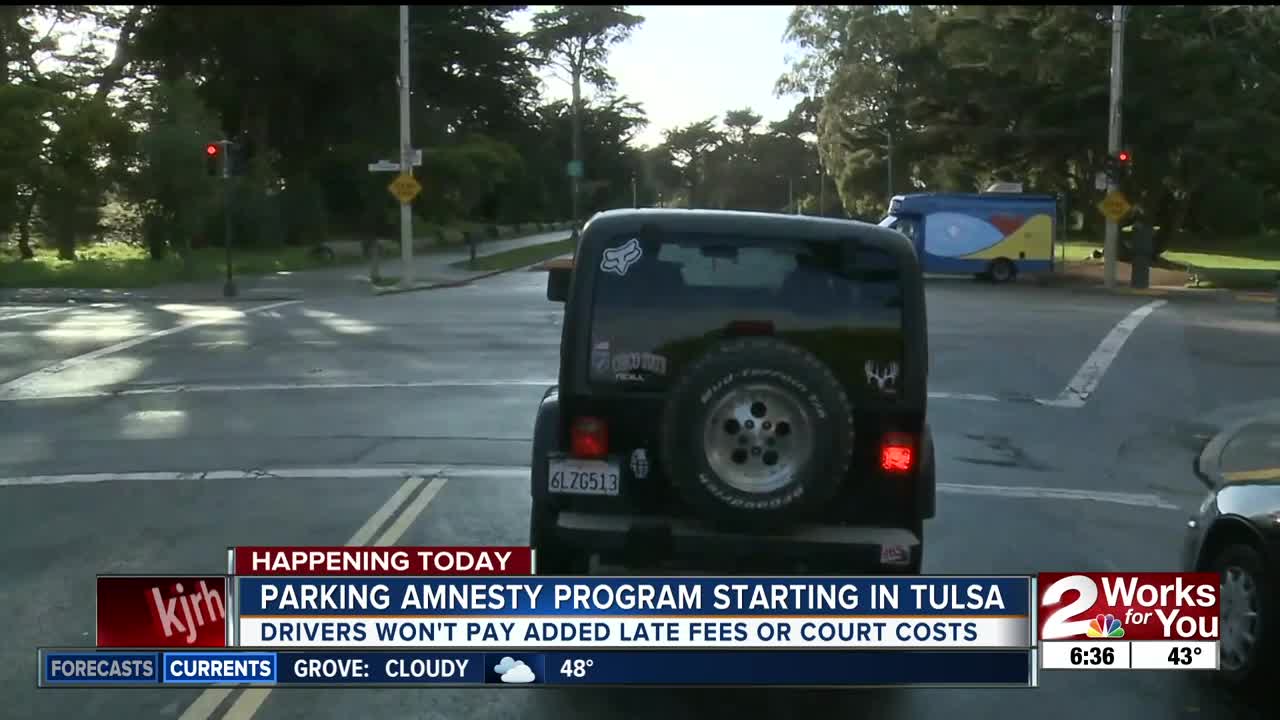 TULSA - Starting Monday, if you’ve forgotten to pay your parking tickets or haven’t had the money to pay, the city is offering a short grace period.

Tulsa Municipal Courts is one of two places to pay parking tickets.

City hall is the other.

For the next two weeks, drivers can save a little money on those tickets.

The Tulsa Municipal Court is offering two amnesty sessions as part of the Resilient Tulsa Strategy.

Parking amnesty, which October 28 and a moving violation amnesty that will take place in February.

During the parking amnesty period, the vehicle owner or driver still has to pay the parking fine, but they won't be charged any late fees or court costs.

"Even though we've notified you after you've received your second ticket, if they're unpaid and it's your second ticket, the next ticket you get you'll get a ticket, but you'll also get a boot on your car which is much more expensive," said Tulsa Court Administrator Kelly Brader.

Brader said you would not only have to pay to get the boot removed, but pay additional citations and late fees which could cost you hundreds.

You'll have until November 8 to utilize the parking amnesty.