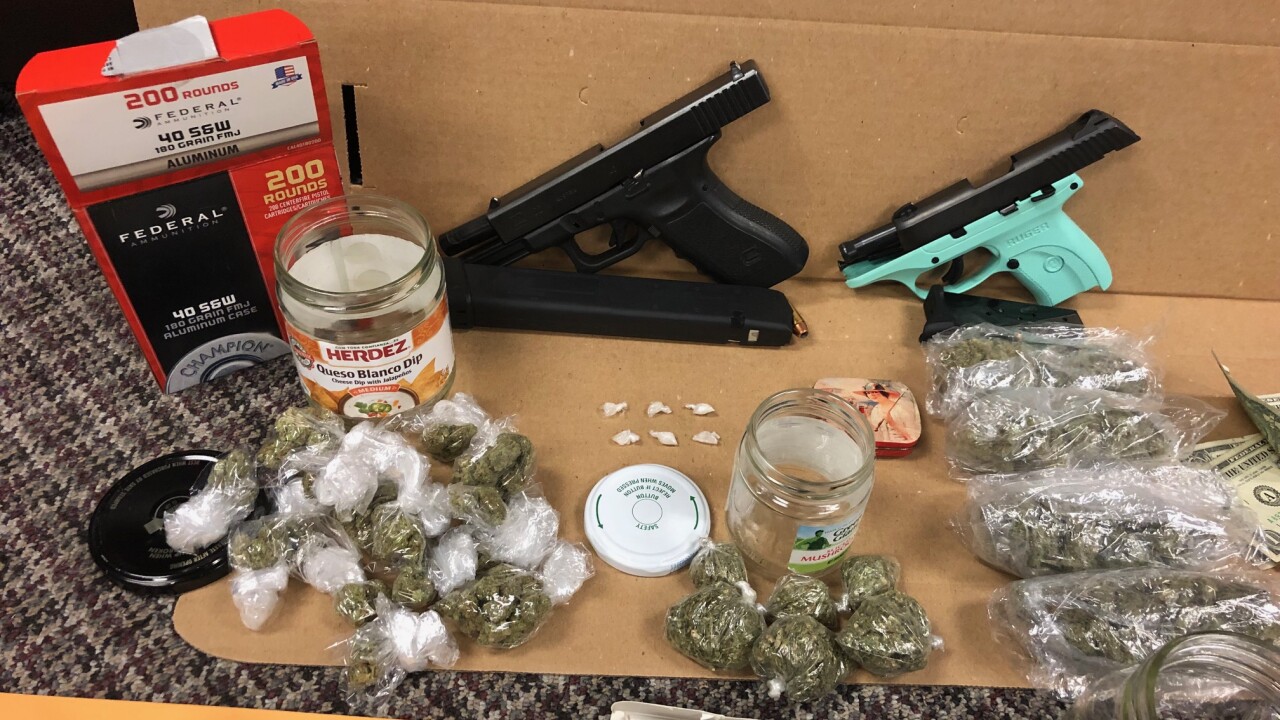 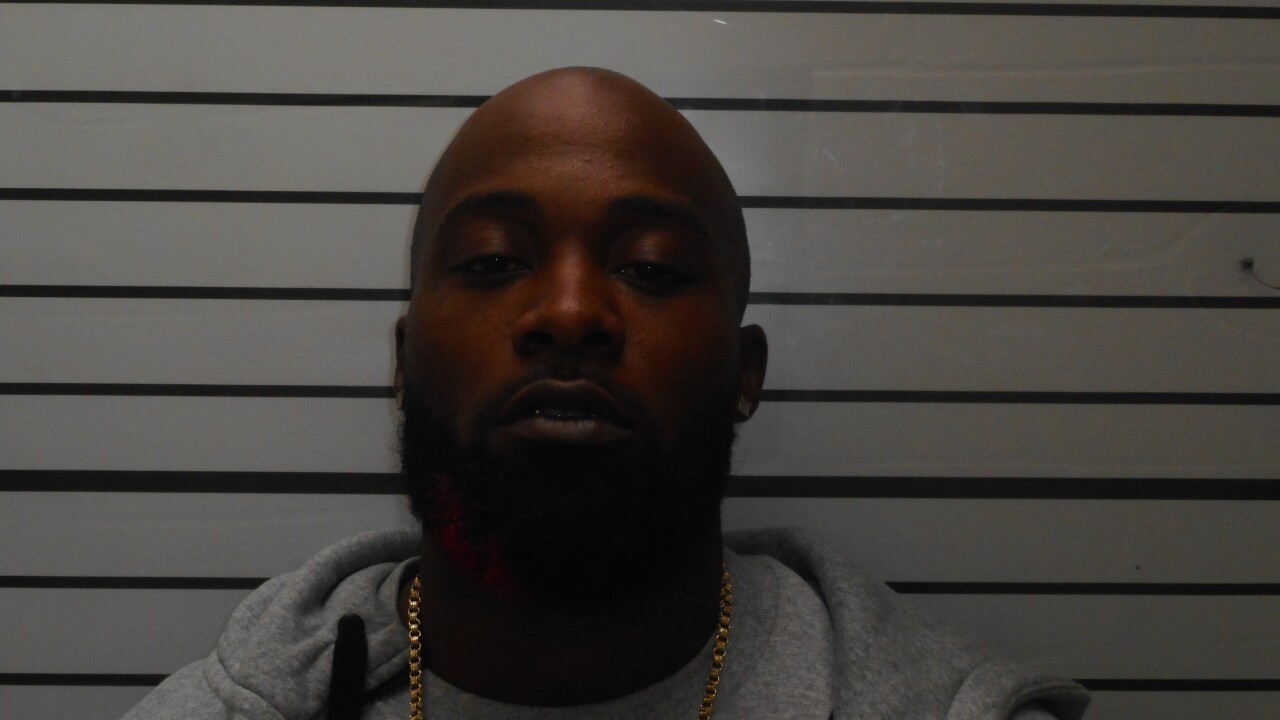 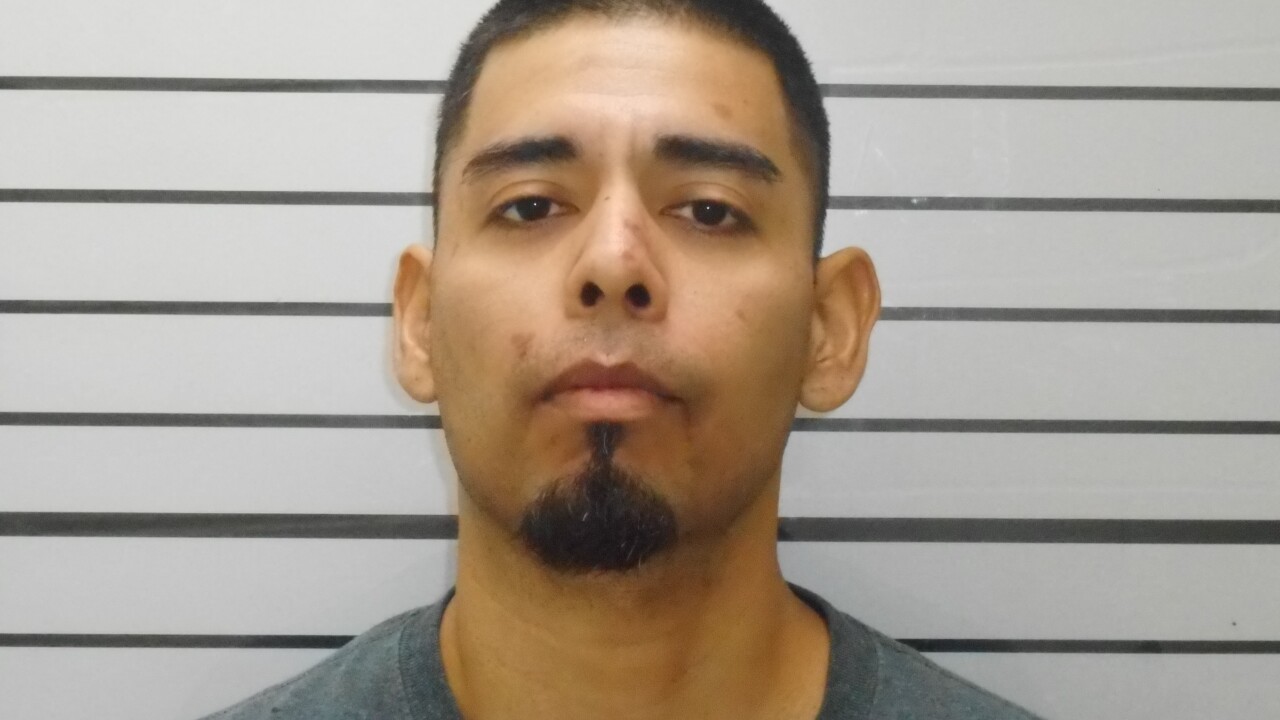 MUSKOGEE, Okla. — Two people were arrested after Muskogee police made a drug bust at a home Monday.

A special investigations unit served a warrant in the 1300 block of Summit Street and officers recovered two firearms, meth, ecstasy, marijuana and guns.

Officials said a 7-month-old child was in the home with the suspect, along with three-year-old and seven-year-old children.

Ryan Brown, 28, was arrested at the home on drug trafficking charges, along with two counts of child endangerment. Santiago Sifuentes was also arrested on felony warrants and drug counts.

The children were released to other family members.