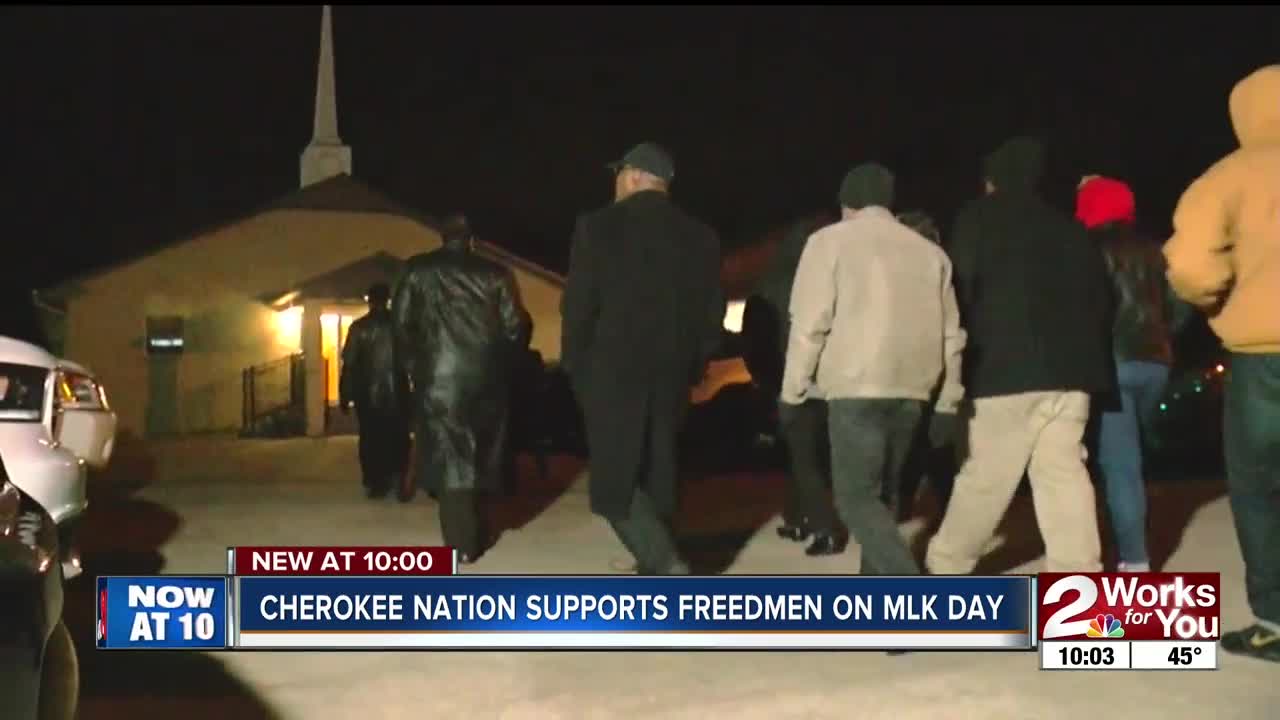 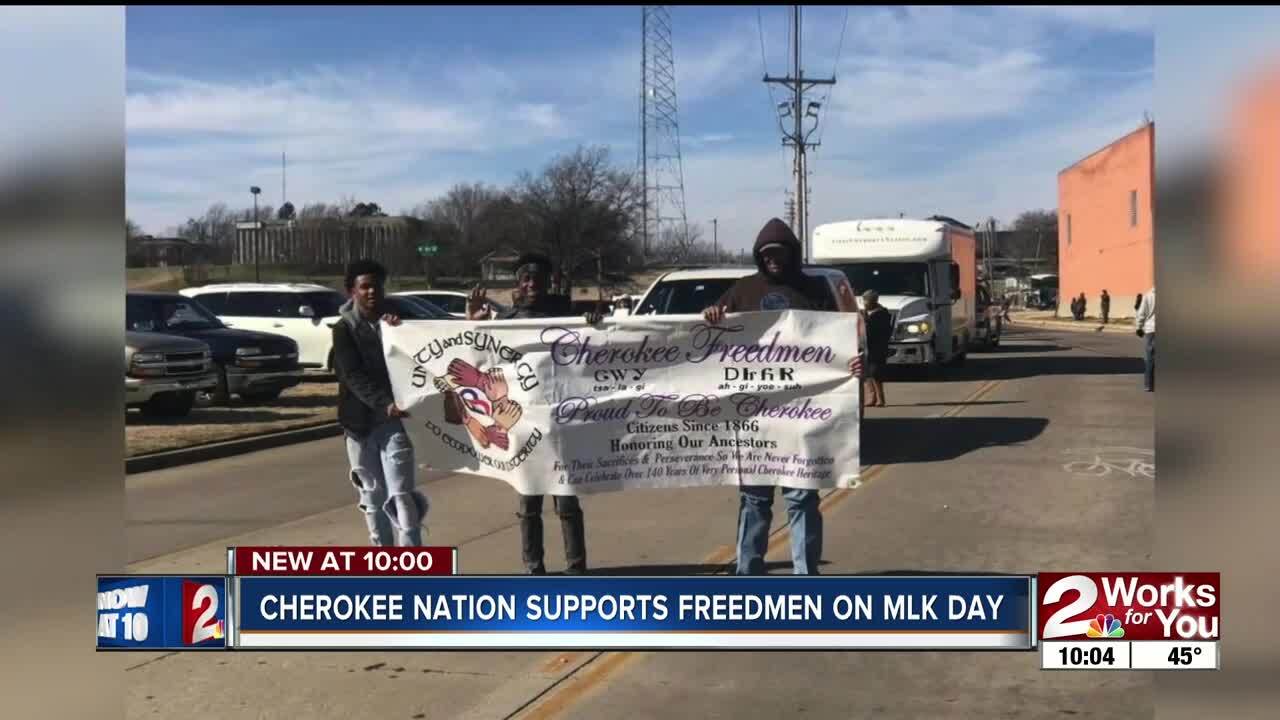 MUSKOGEE, Okla. — On a day for celebrating the life of Dr. Martin Luther King Jr., the Cherokee Nation showed support for its freedmen descendants – the ancestors of those enslaved by the tribe years ago.

"It makes such a difference. I mean it helps us. It touches a lot of hearts," Cherokee Nation Freedman Rodslen Brown-King said.

King’s legacy remembered and celebrated in Muskogee on Monday.

Members of the Muskogee Christian Minister's Union walked from the MLK Dream Center to the Greater Shiloh Missionary Baptist Church.

It was an end to a historic day for members of the Cherokee Nation.

“It feels so good to know that we have support now," Brown-King said.

Brown-King is a Cherokee Nation Freedmen descendant, now a registered member of the tribe.

The freedmen's ability to apply for citizenship into the tribe has been in question for years, until a 2017 court ruling allowed freedmen descendants into the Cherokee Nation.

“This felt really good,” Brown-King said. “Because the Cherokee Nation have been very supportive of the freedmen and they're showing their appreciation of us.”

The Cherokee Nation made a strong statement parading with the freedmen.

“We are honored to participate, so they led the way today for us in the parade," Cherokee Nation’s Kimberly Teehee said.

Everyone from the chief to the secretary of state - showing support.

“We want to make sure that we reach out to all of our citizens and the courts have ruled that all of our brothers and sisters who are freedmen have the same rights as us,” Teehee said. “…We are very robust in outreach to all communities especially ones that impact the freedmen citizens too."

As the freedmen descendants and the tribe began a new path together on this day of celebration for a man that demanded change and equal rights for all.

“This is time for us all to just come together and more of like a learning session so we can learn about what took place back in the day," Brown-King said.

The Cherokee Nation says its enrolled 4,500 citizens that are descendants from freedmen since the 2017 ruling.