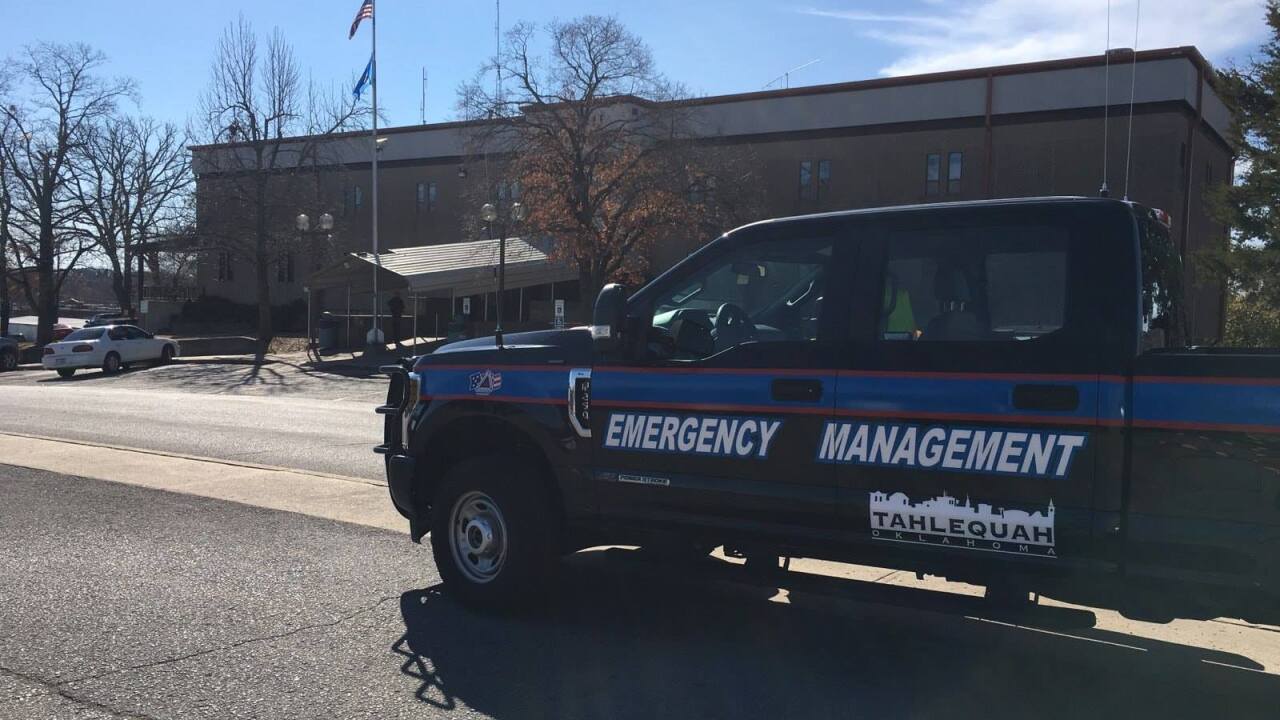 TAHLEQUAH, Okla. — The Cherokee County Courthouse has been reopened Wednesday after it was evacuated due to a possible threat.

The courthouse and Tahlequah City Hall were both closed during an investigation of the threat. Evacuations happened at around 10:15 a.m., the Tahlequah Daily Press reported.

Everything is back open as of Wednesday afternoon. Everyone is safe and buildings are secure, officials said.