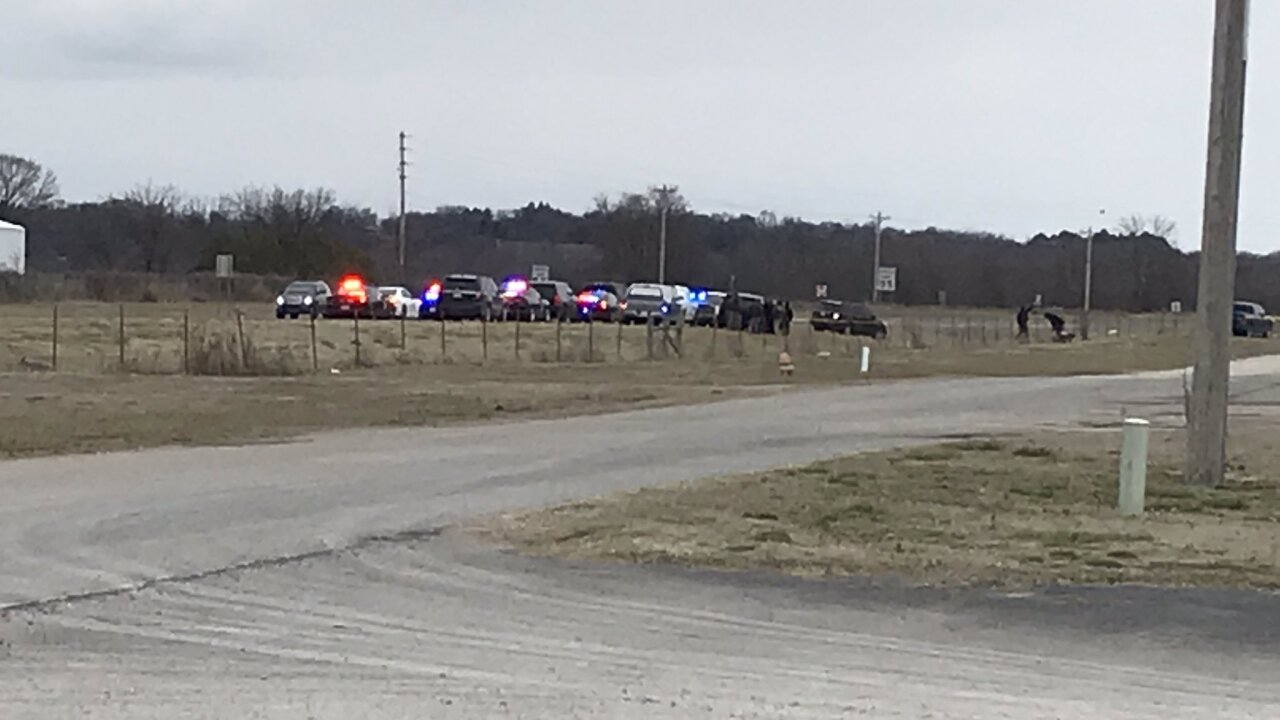 Officials say troopers attempted to perform a traffic stop to issue an arrest warrant to 30-year-old James Thomson and a pursuit ensued, according to OHP officials.

When the vehicle eventually stopped on State Highway 51 near West Allen Road, Thomson exited the front seat passenger side of the vehicle with a handgun and shot at least one round at law enforcement, prompting the troopers to fatally shoot the suspect, officials said.

Thomson was pronounced dead at the scene.

James Thomson is dead after a shooting near Tahlequah on Hwy 51 N. Officials say he is connected to the Fort Gibson shooting from Sunday night. https://t.co/a6Z3i6kvRu pic.twitter.com/FtpbJHy4iy

None of the troopers were harmed during the incident, officials said.

Officials say the female driver was detained and then released.

Thomson was a suspect in connection to a Fort Gibson shooting from Sunday night, officials said. He had warrants in Wagoner, Muskogee and Cherokee counties.

Officials say Trooper Stacy Howze and Trooper Matthew Williams have both been placed on routine administrative leave during an investigation into the incident.