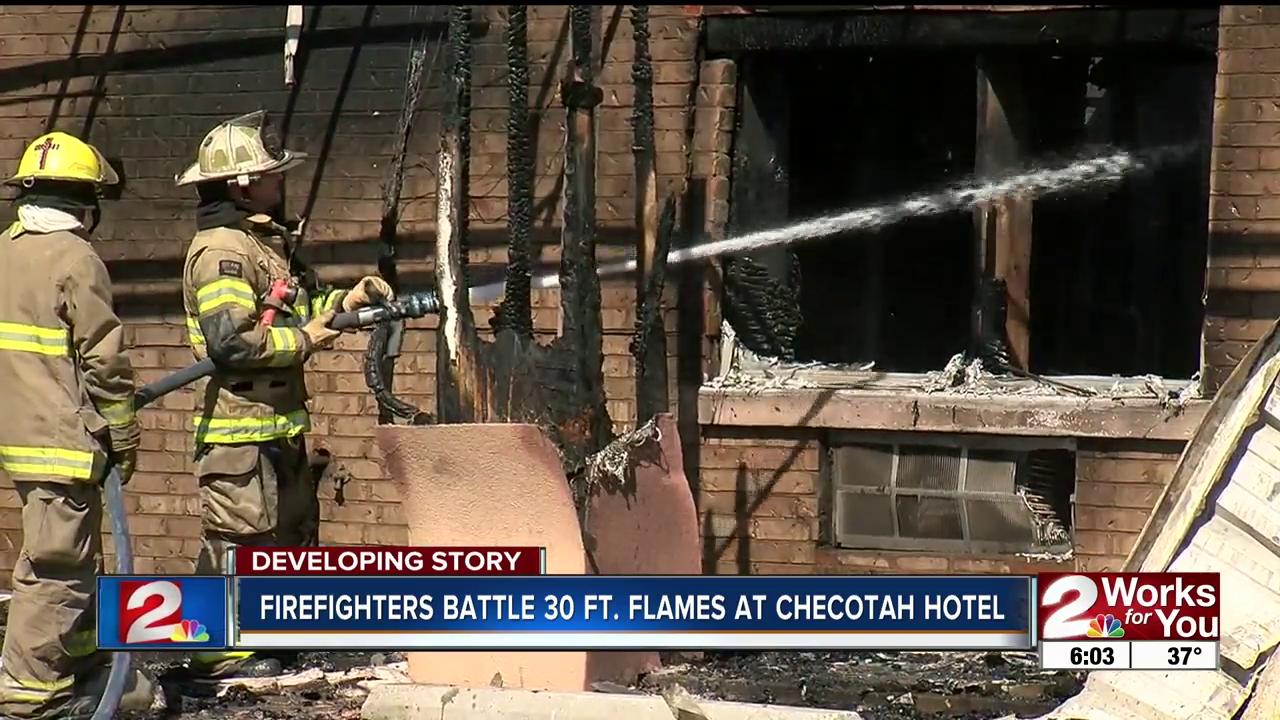 CHECOTAH, Okla. — A motel caught fire in Checotah on Tuesday morning, sending flames and heavy smoke billowing into the sky.

The strong winds made it tougher to fight the fire.

Guests had to evacuate, and one firefighter was treated for smoke inhalation.

The fire started at about 8:30 a.m. and it's right on Highway 69 at the Checotah exit. There were several guests staying at the inn at that time; they were all evacuated. The fire chief says all of them got out unhurt. One of his firefighters, though, was taken to a Tulsa hospital to be treated for smoke inhalation. He said at one time the flames were really high.

The majority of the damage was done on the south end of the building. That's where a sports bar has been for 18 years. It's called Monroe's Club. Peggy Marshall owned it and she was in the building when the fire broke out.

"I didn't even have time to run around behind the bar and get my purse it went that fast,” Marshall said. “And I lost everything in the bar, my purse, my identification, everything. And, I'm glad I made it out the door because it was nothing but a ball of fire.”

Checotah's fire chief tells us he'll have firefighters on the scene for most of the evening to make sure the fire doesn't reignite.