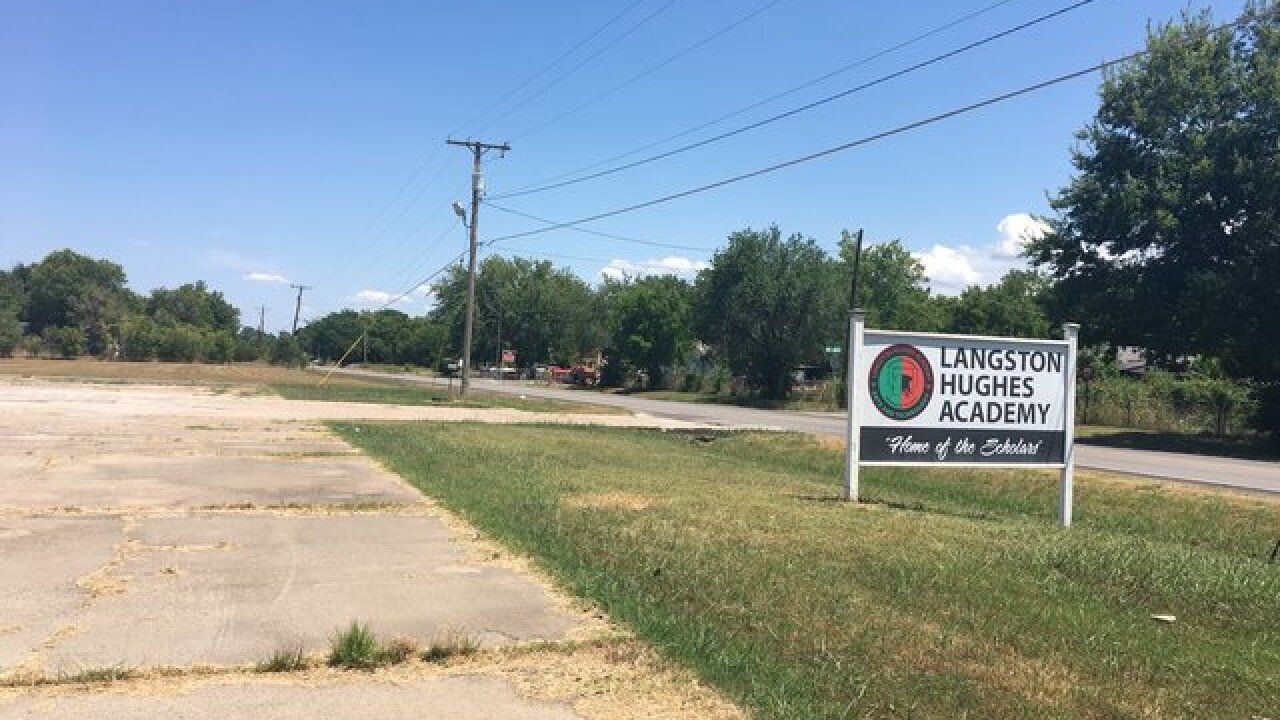 TULSA, Okla. -- After months of uncertainty over accusations of grade tampering at Langston Hughes Academy, their contract is renewed just a month before classes begin.

The state board of education approved accreditation for the upcoming school year with requirements. All teachers at the school will need a bachelor's degree by the fall, and that's just the beginning of changes.

Getting better every day is the idea the school was founded on four years ago. But students were discouraged when an investigation over alleged grade tampering started in the spring.

"As soon as things started going right, everything seemed to go wrong. But as scholars we rise, and we won't fall. Like the phoenix out of the ashes we're not going to fall we're going to keep rising no matter what," junior Earnest Kellum said.

After multiple reports, the state begin evaluating Langston Hughes Academy. Board members said the department of education found inconsistencies between teacher reports and what the principal reported to the state, causing him to be let go this summer.

Classes begin in just a few weeks. Under new probation guidelines all math, science and English teachers need teaching certificates by November. Students are just relieved to put their fears aside and keep moving forward.

"Worrying about would we be able to graduate? How would the school function with all this going on? In the back of my mind I knew we would get through it and we would make something out of this," LaMondrian Brown said.

Students started a Facebook campaign this summer called #RiseUp to show they would succeed no matter what happens. Now they look forward to finding success together.

The department of education also plans to impose additional conditions as needed, and will provide oversight of the school in the year ahead.