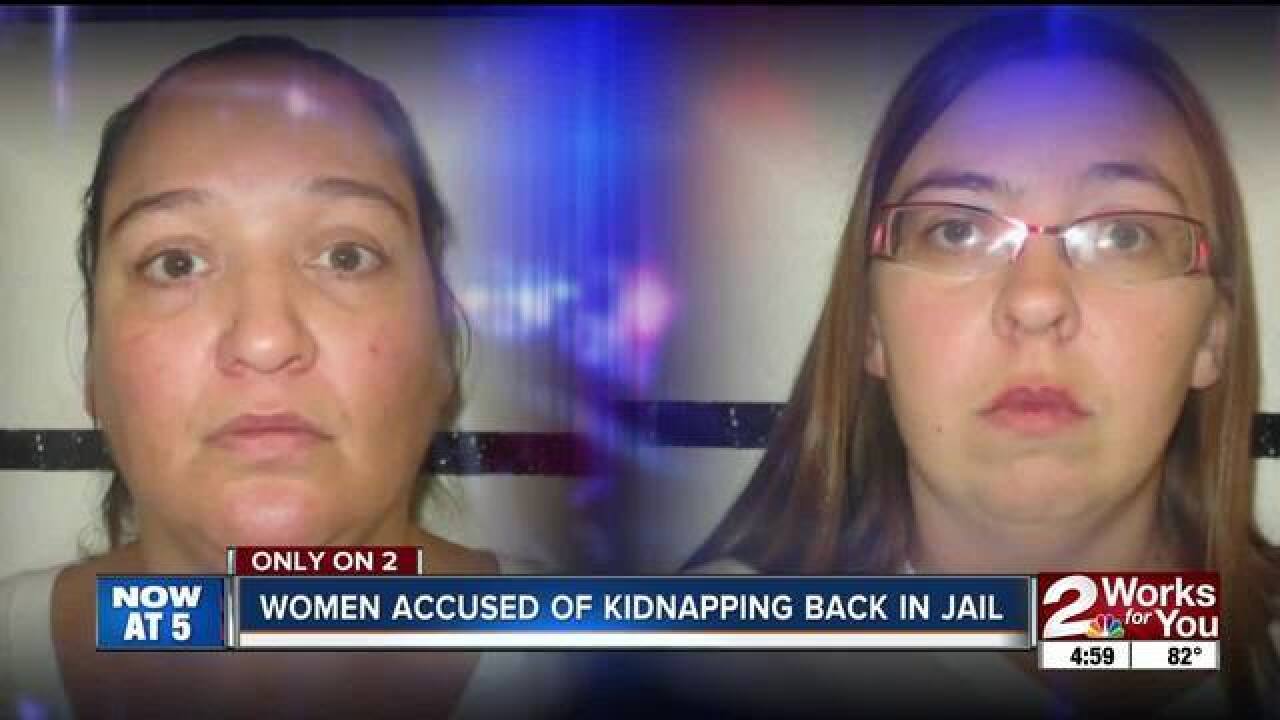 One of two women charged with kidnapping in Pittsburg County has seen her charges dismissed.

Melissa Goelz, 29, was charged with kidnapping a child, lewd proposal to a minor and solicitation of child pornography back in July.

Goelz and Kriste Aragon were accused of meeting a 14-year-old boy via XBox Live and exchanging explicit photos with him and then showing up at his home and kidnapping him.

But court documents released Tuesday say Goelz believed that the 14-year-old was going with her and Aragon voluntarily, due to the teenage had a desire to run away.

Court documents said the State argued that Goelz would still be guilty of kidnapping, even if the child left voluntarily, because the custoidal part did not give permission.

But Oklahoma Statute 21-741 states "the consent of the person kidnapped or confined, shall not be a defense, unless it appears...that such person was about the age of 12." But in this case the child was 14.

Aragon's arraignment date is set for September 26 at 10 a.m.