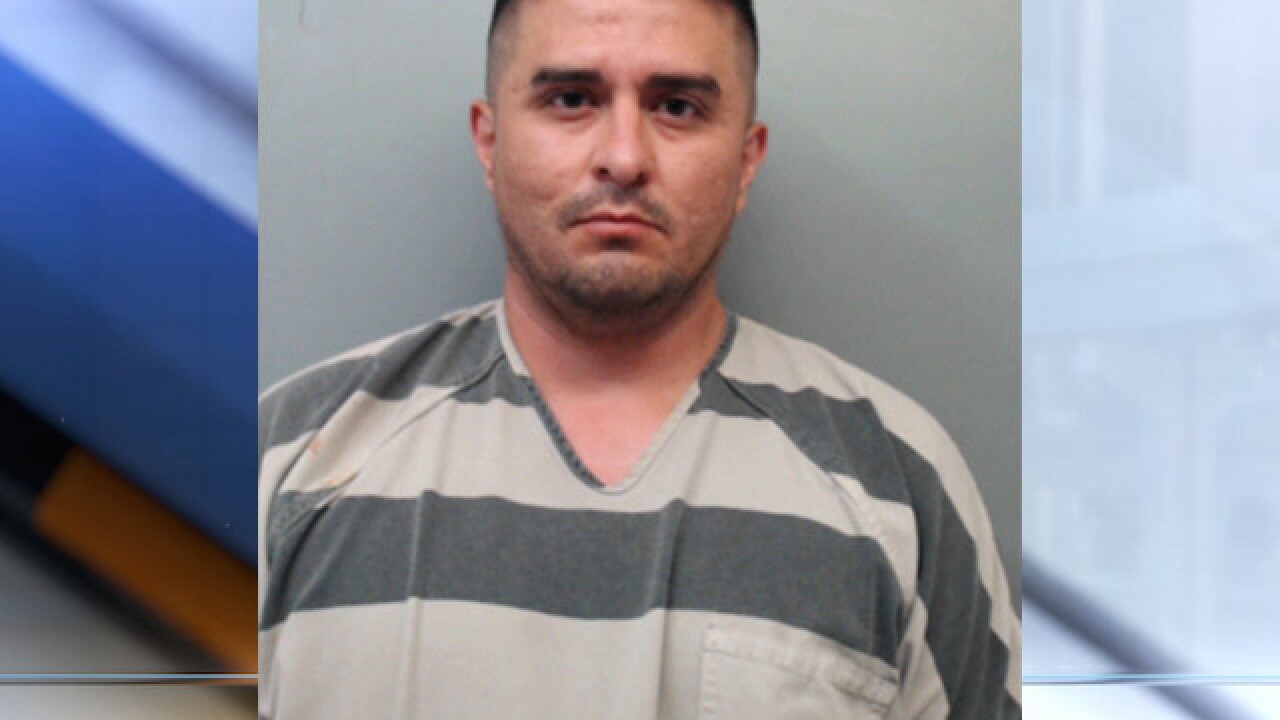 LAREDO, Texas (AP) -- The Latest on the arrest of a Border Patrol accused of killing four women (all times local):

Investigators say a Border Patrol agent accused of killing four women collected an arsenal of weapons to prepare for a confrontation with Texas police after he thought he'd been identified.

He says 35-year-old Juan David Ortiz collected numerous weapons at his home after another victim escaped and sought help from a state trooper at a nearby gas station.

Garza says Ortiz wasn't immediately identified as the suspect in the woman's kidnapping and the deaths. But he was later identified and spotted at another gas station hours later. He fled and hid in a hotel parking lot.

Garza says Ortiz "was going to try to commit suicide by cop" by brandishing his cellphone to look like a weapon. Instead, Ortiz was taken into custody this weekend in Laredo, Texas.

He's being held on $2.5 million bond on several charges, including four counts of murder.

The Navy says a Border Patrol agent accused of killing four women near the U.S.-Mexico border was in the service for almost eight years.

A biography of Juan David Ortiz released Monday says that he enlisted in the Navy in July 2001 and served until May 2009. He was listed as a hospital corpsman, second class.

Authorities say the 35-year-old Ortiz "provided a voluntary verbal confession" early Saturday in the deaths of the four women. He's being held on $2.5 million bond on four counts of murder, aggravated assault with a deadly weapon, and unlawful restraint.

A U.S. Border Patrol supervisor remains jailed in Texas after he confessed to killing four women and assaulting a fifth who managed to escape, police said in court records.

Juan David Ortiz is being held in Laredo on $2.5 million bond on four counts of murder, aggravated assault with a deadly weapon and unlawful restraint.

According to affidavits , the 35-year-old Ortiz "provided a voluntary verbal confession" early Saturday in the deaths of the women. Webb County District Attorney Isidro Alaniz described Ortiz as a serial killer whose victims were believed to be prostitutes.

Jail records don't list an attorney to speak for Ortiz, who had worked for Border Patrol for 10 years. He is the second Border Patrol agent in Laredo to be arrested on a murder charge this year.