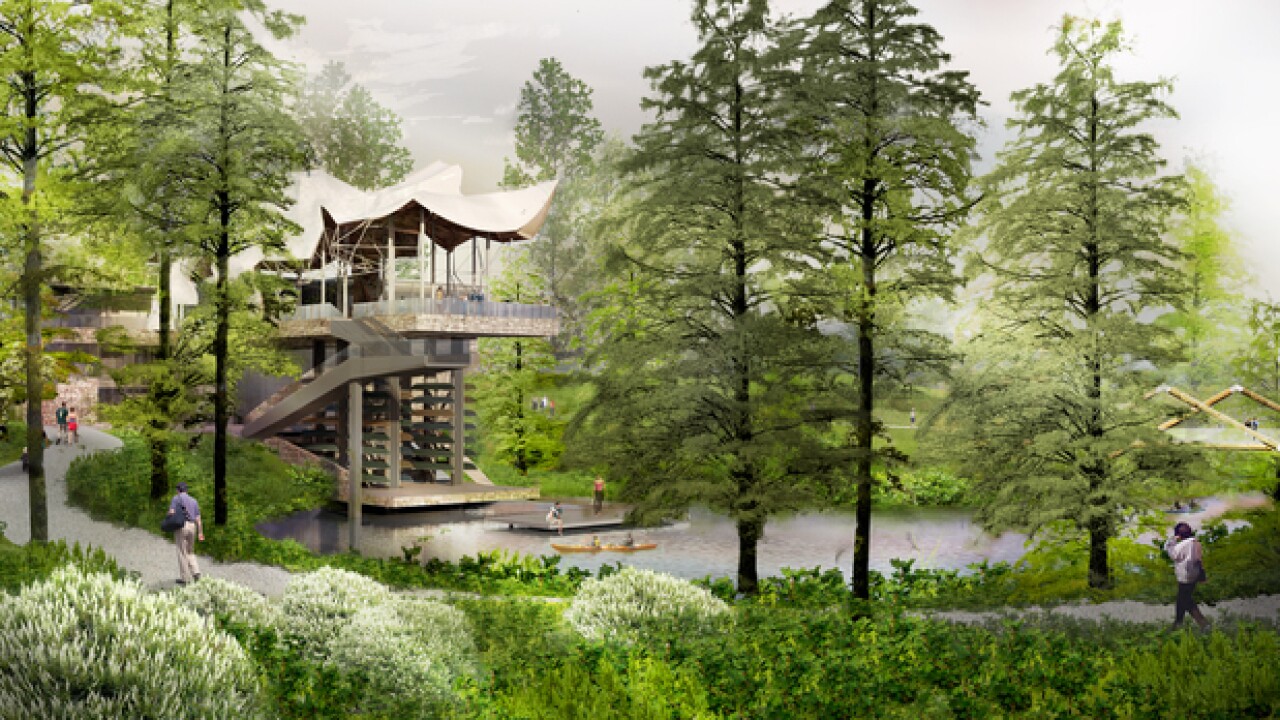 The City of Tulsa said several changes are coming to Riverside Drive near Gathering Place.

City of Tulsa's Paul Zachary said several traffic features are being incorporated into the redesign of Riverside Drive:

• Divided lanes with trees and medians
• Striping of lanes and buffer areas to make lane widths smaller
• The new sidewalk to the north of the Gathering Place has a tree lawn behind the back of the curb  - was added to give a feeling of narrowing the corridor.
• Through the Gathering Place, the landscape architects have earthen slopes with vegetation behind the back of the curb as well as in the medians.
• South of 33rd Place to 41st Street, we have constructed a raised, 4-foot wide median to provide some separation from opposing traffic.
• The crosswalks across Riverside Drive and the side streets are also all stained pavement with very clear crossings marked.
• Traffic signals have been added at 33rd Place and at Williams Way (approx. 2700 block) - the entrance into the park. We have buried conduit in place to be able to wire additional speed notification devices or message boards to notify drivers of their speeds.
• The grading of the park and the land bridges will also give a feeling of a narrower corridor. The speed signage will be enhanced with solar lit borders to bring attention.
• As Riverside Drive reopens, we will be working with Tulsa Police Department on enforcement efforts and where additional signage or measures may be placed to assist.

Before Riverside Drive closed, Zachary said about 27,000 cars a day drove through the area.

The speed limit will be 35 miles per hour, Zachary said.

The lanes will be striped 10-feet wide, Zachary said.

Zachary said the striping of the road and final clean-up was scheduled for August through the date of the park opening on Saturday, September 8 and then the road open for the morning rush hour on Monday, September 10.

"We are looking forward to the reaction of the public to a roadway that will no longer be subject to flooding during heavy rain down pours, no longer having to drive around a dangerous under crossing of the old railroad bridge structure, and the enjoyment of the roadside vegetated slopes and land bridges," Zachary said. "It will be a unique roadway segment for the city. Also, those using 31st Street from Peoria to Riverside Drive will see a new 2-lane facility that supports bike lanes and sidewalks. Once Riverside Drive is open, the City will then move to doing repairs along Peoria that could not be done while Riverside Drive was closed."