A Chandler Public Schools officials said they are aware of the racist picture, which was posted on Snapchat Wednesday night.

"The district has no tolerance for hateful depictions and captions regarding any student and has and will continue to address this unacceptable, despicable behavior whenever it occurs," the statement said.

School officials said they were made aware of the incident, which happened during a "Positive Peers" school assembly.

The Snapchat photo showed a student, who officials said was acting out a role designed specifically to educate students regarding the importance of positive peer relationships, with a derogatory remark that read, "N*** for auction in Chandler, Oklahoma starting bid $50" with a Confederate flag posted underneath.

School released a statement, which you can read below. 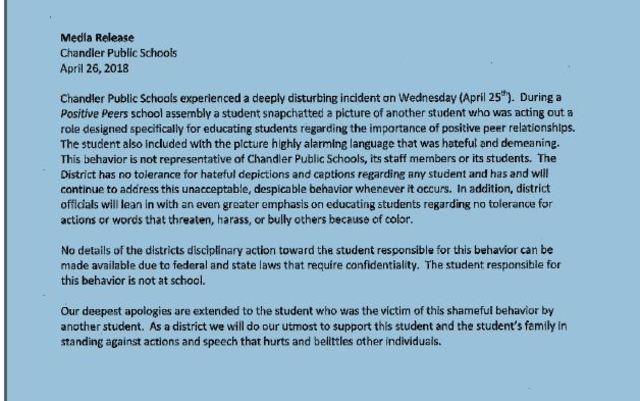