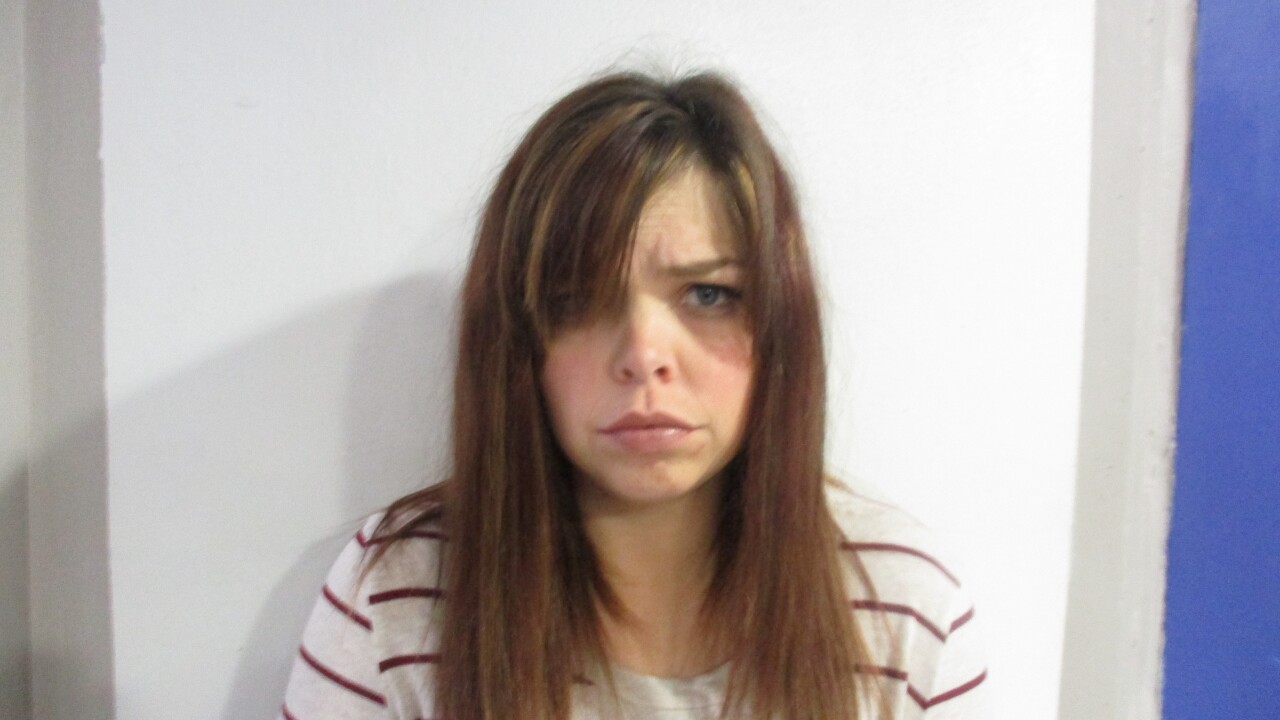 Deputies say 29-year-old Brandy Foreman was arrested on Dec. 5 in connection to allegations of four counts of sexual battery.

Investigators with the Sequoyah County Sheriff's Office received reports from Central Schools Superintendent on Dec. 2 concerning allegations of sexual assault, according to the affidavit.

Investigators made contact with Brandy Foreman to advise her of the allegations made against her, the affidavit states. Foreman proceeded to deny the allegations and offered her phone to be searched, to which the investigator denied but said a search warrant for contents would be requested.

Foreman agreed to meet investigators at the Sequoyah County Sheriff's Office, according to affidavit.

According to the affidavit, investigators questioned Foreman about a student that had already graduated from Central High School and asked if she had any type of sexual contact with said student.

Foreman said she knew that student who had graduated and said she had engaged in sexual intercourse with the student outside his residence between the months of June or July of 2019, according to affidavit.

According to the affidavit, the investigator observed an interview on Dec. 3 of the first juvenile student where he did not disclose any type of sexual contact between Foreman and himself. After the interview, the juvenile asked to speak with the investigator and said he had something to say but was afraid, according to affidavit.

On Dec. 5, the affidavit states that the investigator spoke with the graduated student at the Sequoyah County Sheriff's Office.

According to the affidavit, the student who had already graduated from Central High School told investigators that Foreman and himself had sexual intercourse three times between December of 2017 and July of 2019.

Investigators then spoke with Brandy Foreman again at the Sequoah County Sheriff's Office, and informed her of the incidents they had been told by the graduated student, the affidavit states. Foreman stated she engaged in sexual intercourse approximately three times with the student and on two of the incidents the teen had been a student at Central High School where she worked as a teacher.

According to the affidavit, Foreman was questioned about the juvenile student, to which Foreman stated she had engaged in sexual intercourse with him approximately six to seven times between the summer of 2018 and April of 2019. Foreman stated the first time she engaged in sexual intercourse with the student, she believed it to have been a few weeks after the student had turned sixteen years old, the affidavit states.

According to the affidavit, investigators arrested Brandy Foreman and booked her into the Sequoyah County Detention Center on four counts of sexual battery.

Central Public Schools released a statement in connection to the allegations made towards one of their teachers.

Central Public Schools, in Sallisaw, say the District was made aware of allegations of inappropriate conduct of a teacher that involved one or more students.