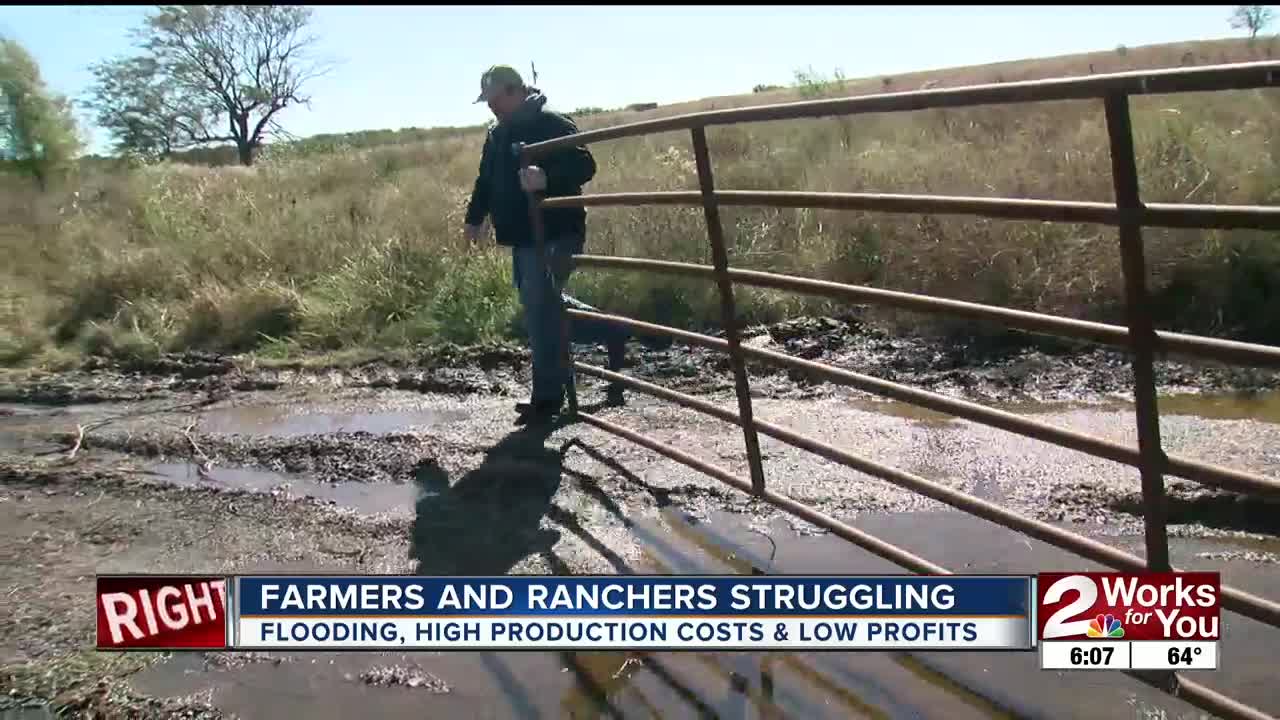 "I just knew that's what I was gonna do when I was a kid," Emerson said. "I have had cattle since I was probably 12-years-old."

Cattle are also his business. A business made harder this year, because the price ranchers get for their cattle at auction is much less than it was just three to five years ago.

"I would say we were probably making $400 to $500 a calf profit during the good times, and now I would say on average maybe around $100 profit, if that," Emerson said.

Bidders at cattle auctions are not willing to pay those high prices now.

2 Works for You asked Joe Don Eaves with the Tulsa Stockyards when he anticipates price or cattle to improve?

"I don't really look for the market to get any better until spring," he said.

Eaves explains part of the reason he doesn't anticipate a change anytime soon is that cost of cattle feed is up at the same time the price of cattle is down.

"In the last couple years, the feed that I've booked for winter feed for my operations are about the same, but last year it jumped quite a bit," Eaves said. "It's costing anywhere from about $225 to $250 a ton. Not too long ago you could have bought the same feed for $175 or $180 a ton,"

Emerson says the tough times he and other ranchers face now may cause some to quit, but he plans to weather these tough times in hopes of one day passing on his passion and cattle business to his children.