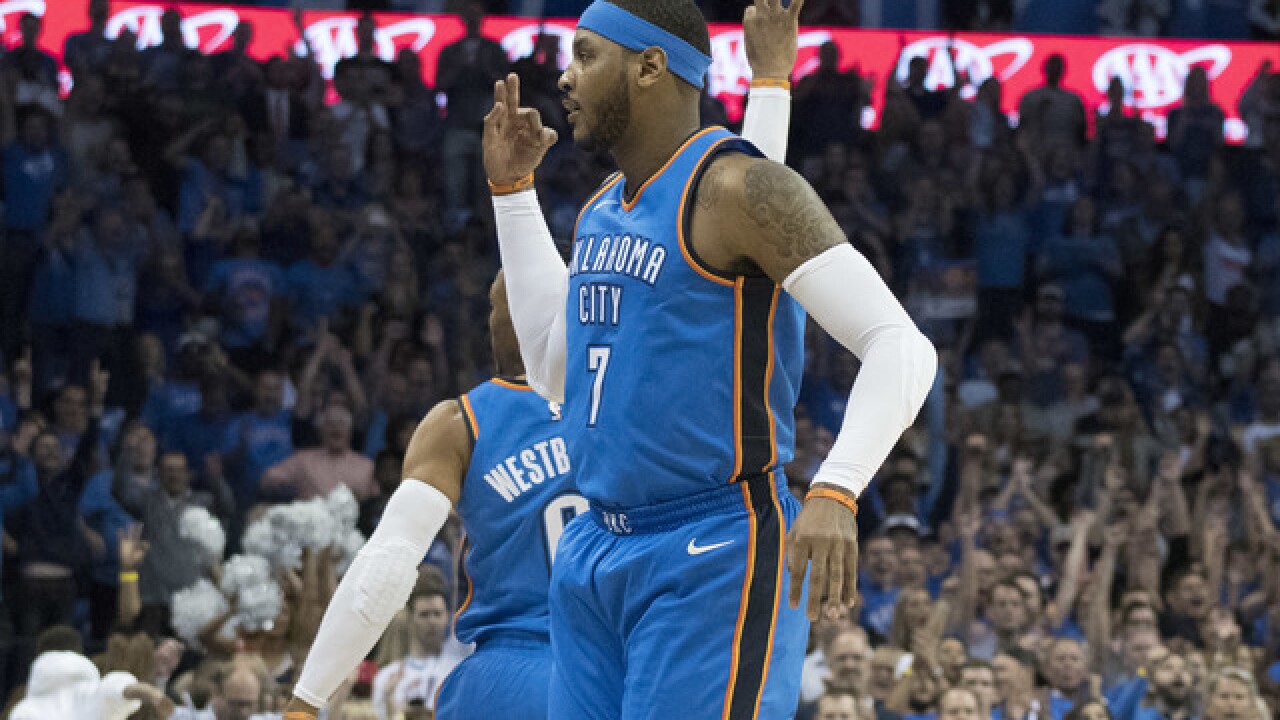 OKLAHOMA CITY -- Oklahoma City Thunder forward Carmelo Anthony has been traded to the Atlanta Hawks, according to ESPN's Adrian Wojnarowski.

Wojnarowski reported that Anthony was traded to Atlanta for Dennis Schroder.

As a part of the trade, Mike Muscala will go to the Philadelphia 76ers, and the 76ers' Timothe Luwawau-Cabarrot will join the Oklahoma City Thunder.

Anthony will be waived and is expected to join the Houston Rockets.

Anthony expressed frustrations after the season due to what he perceived as a reduced role on the team: