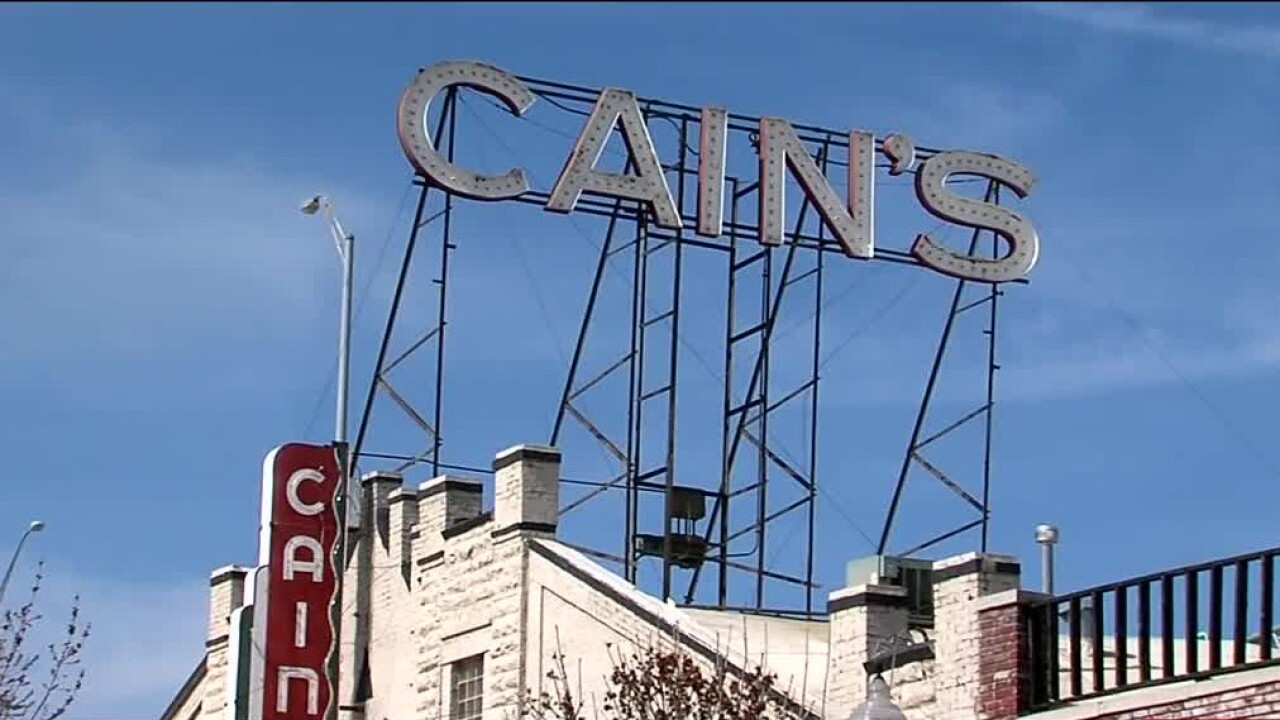 TULSA — The 'home of Bob Wills' is a Tulsa treasure.

Built in 1924 as a garage for Tulsa businessman Tate Brady, the downtown building was transformed into a ballroom in 1930 and dubbed Cain's Dance Academy. Around that time it became the spot for Bob Wills and the Texas Playboys to play for their popular radio show--- this led to the 'home of Bob Wills' nickname as this helped Cain's gain attention.

After a dormant era in the 1960s Cain's reopened in 1977 as Cain's Ballroom and became a hot concert venue in Tulsa. Over the years musical acts like the Sex Pistols, Leon Russell, JJ Cale and Jack White played the historic venue.

The highlight of the ballroom is a historic maple, spring loaded dance floor designed in a “log cabin” pattern. Lighting the dance floor is a four-foot neon star and a silver disco ball.

In 2010, the Cain's Ballroom was ranked as 26th worldwide for ticket sales at a club venue by Pollstar.

In early 2020, the LA Times named Cain's Ballroom as number four on their list of Best Places for Live Music.