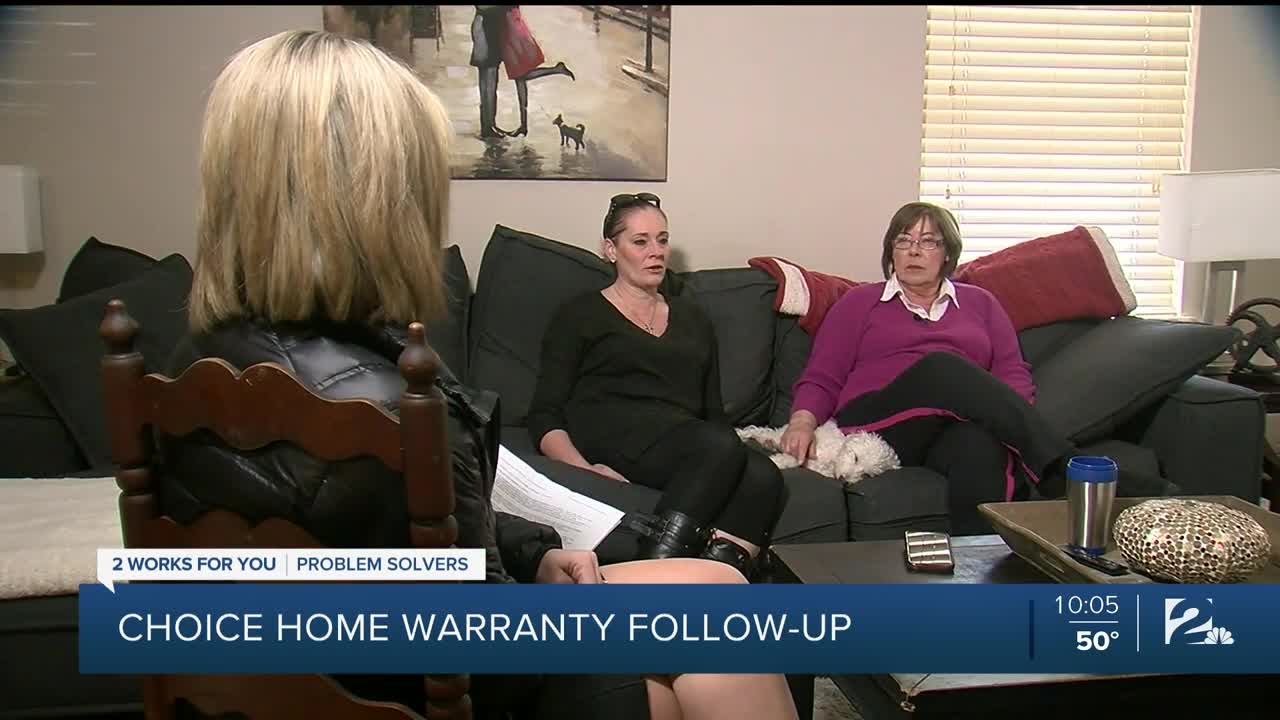 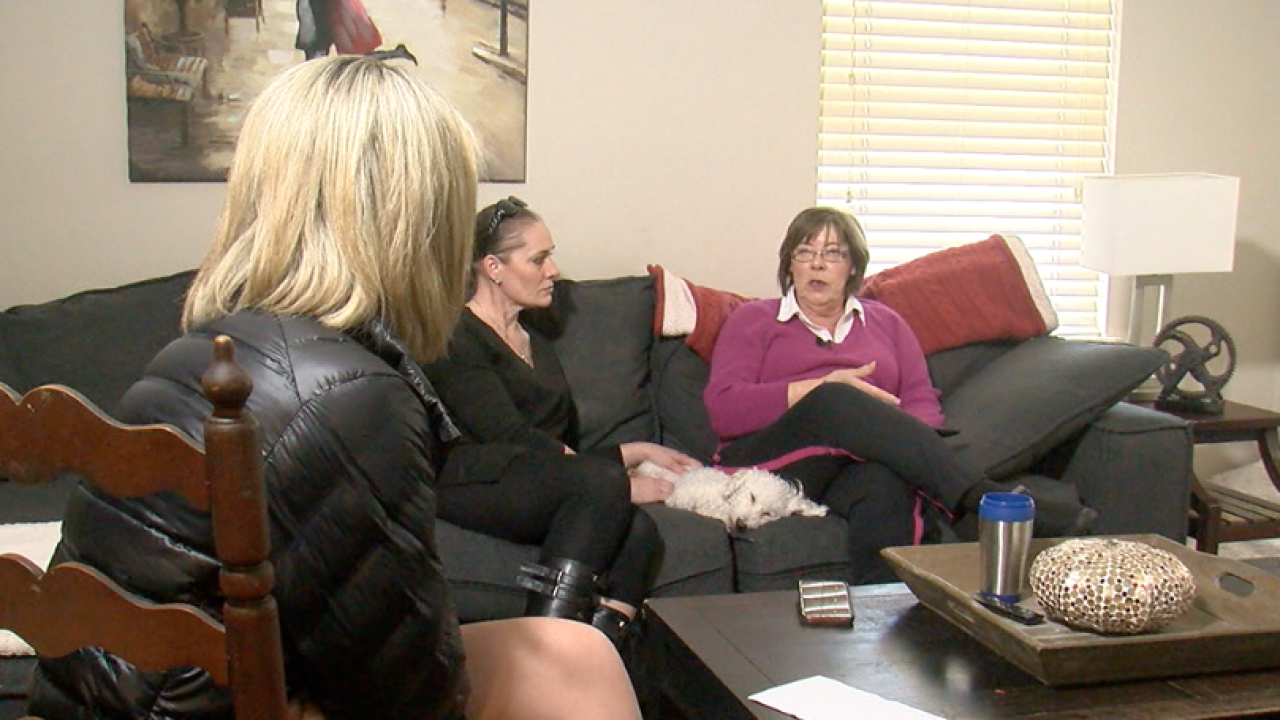 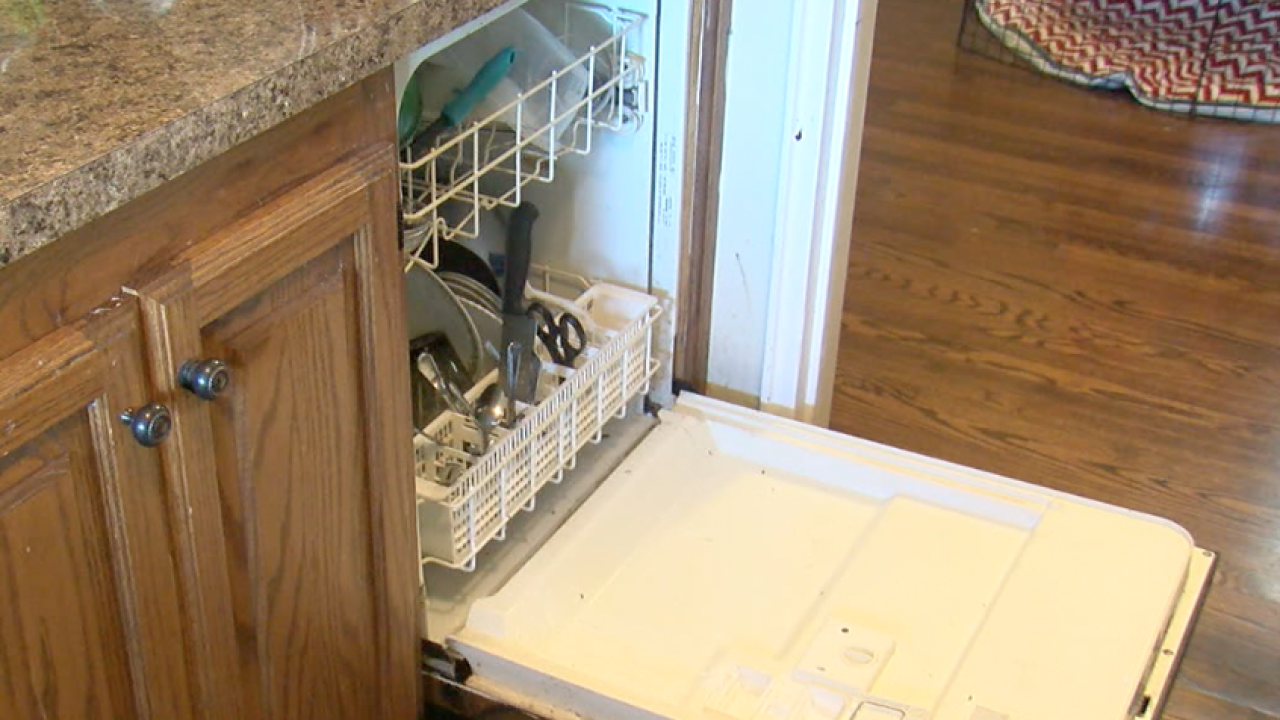 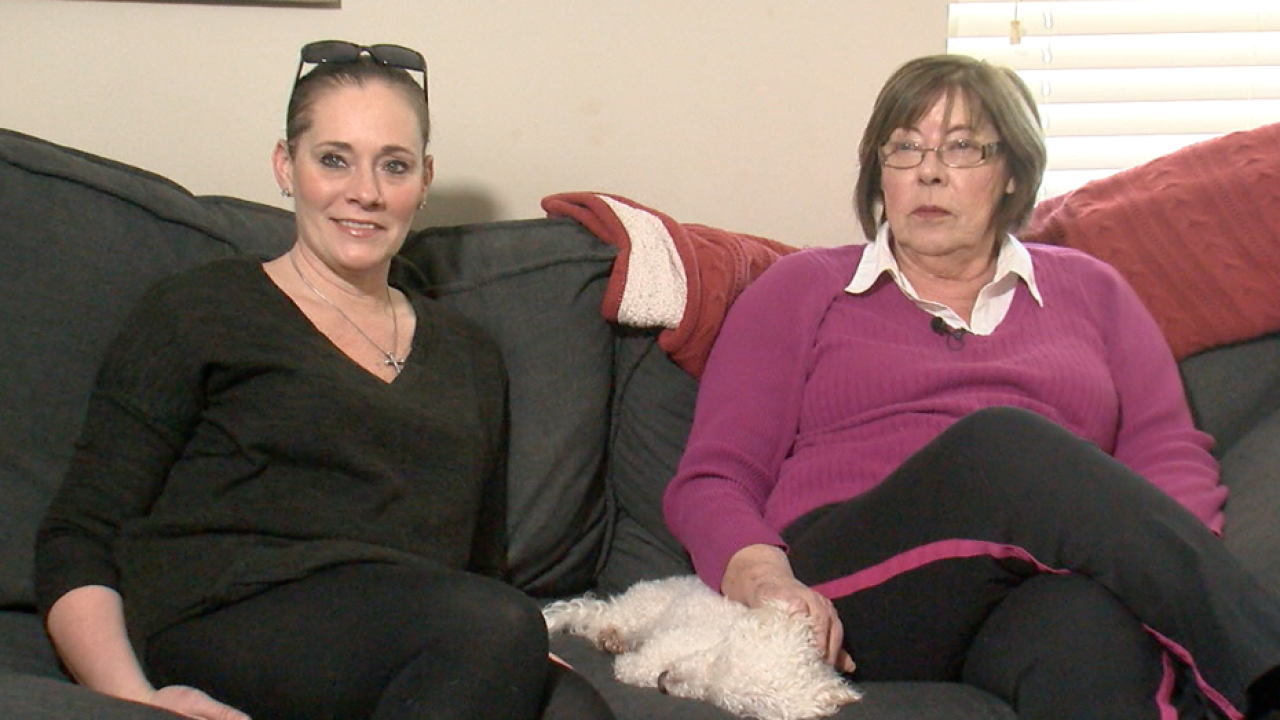 TULSA — A home warranty company is once again in hot water with the Oklahoma Insurance Department.

A 2 Works for You Consumer Investigation revealed the company used by thousands across the country is doing business in Oklahoma and isn't authorized to do so.

When it comes to choosing your home warranty, there's a few things consumers should know before making a purchase to protect your biggest asset.

"Thank you for calling Choice Home Warranty. If you know your party's extension, you may dial it now."

This is the answering machine message Karen McMillian has been dealing with for two weeks.

"If you have reached this message, that means I'm either away from my desk or on another line."

Karen said her frustration is mounting.

"Every time I call, that's what I got, and they never call you back," she said.

"I had American Home Shield, and I think I got an ad or email or something from this one, and it was a lot cheaper for the call."

Choice Home offered a policy with a $45 per service call fee compared to Karen's original policy of $75. She immediately enrolled.

But, as it turns out, cheaper could possibly end up costing her big bucks.

"It actually disgusts me, and it breaks my heart that people are giving their hard-earned money… and it's a scam," Amy McMillian, said.

The frustration started in early February when Amy's dishwasher broke.

"When I turned the dishwasher on, I started getting a burning smell, like burning plastic," Amy said.

She decided to call Choice Home to file a claim.

"When you call and do a claim at first, you know, they're pretty quick to respond," Amy said. "And then, getting the actual people to your house is the struggle."

When someone finally did come, the technician told Amy it would be cheaper to replace the entire dishwasher, and Choice Home agreed, sending the McMillians an offer.

The McMillians declined the offer, which sent the claim to a case manager, a person our Choice Home Warranty holders said is impossible to reach.

"They never call back and never respond to emails," Karen said.

After two weeks and several unanswered emails, the McMillians did some digging on the 2 Works for You Problem Solvers website only to find some shocking information on Choice Home Warranty.

"There was a piece there about them, which I read, and it explained all that," Karen said.

Not only was Karen having a problem, so were several others. Read their tweets below:

#CHOICEHOMEWARRANTY How I wish I did my research before I signed up for multiple years paid $2,730.00

I know I will get my money back I only had one claim that still going run around.
People read those complaints before you sign up.

Two months into a claim: no show on their repairman, they suggested I hire my own and payout of pocket and they will reimburse me...can’t get them to talk to repairman I had to hire, therefore nothing fixed yet. Supervisors won’t get on phone. Worthless!#ChoiceHomeWarranty

Pls stay far, far away from #choicehomewarranty. It’s the worst company to have your home warranty. They have cheap technicians. If you go with them, you have to spend more money from your pocket. They use all kinds of an excuse to not Pay for your claim.

Our team also found the Oklahoma Insurance Department had also issued three cease and desist orders to the company over the past decade for selling its warranties in Oklahoma without a license.

"It is beyond infuriating to me," Amy said. "Like my mother said, we had no idea this was actually going on, and since we've learned of it, it actually disgusts me."

For the McMillians, enough was enough, so they contacted the Problem Solvers, who put them in touch with the OID. The department it took immediate action.

The OID sent the company a demand letter, stating it had two weeks to pay the McMillians back their policy premiums, a total of $2,604 for two properties.

While they wait to see if that happens, Karen and Amy have some advice when it comes to choosing your home warranty.

"Do your research, because we really had no idea how big this company had gone to scamming people," Amy said.

If you're a Choice Home Warranty policy holder, the OID wants to hear from you. It wants to help you settle your claims and get you refunds on your premiums.

Calls made to Choice Home Warranty from the 2 Works for You Problem Solvers have gone unanswered.