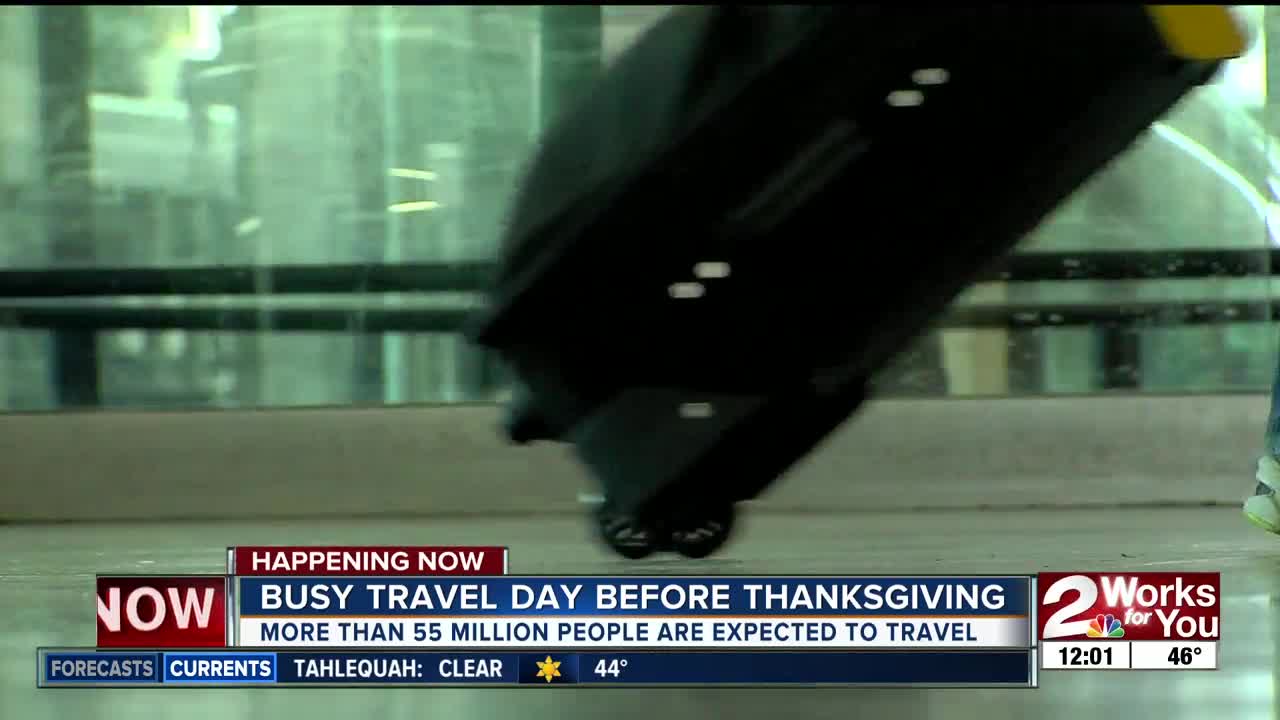 It is the second busiest travel day before Thanksgiving. 2 Works for You's Gitzel Puente visited the Tulsa International Airport and has some tips to make your travel a bit smoother. 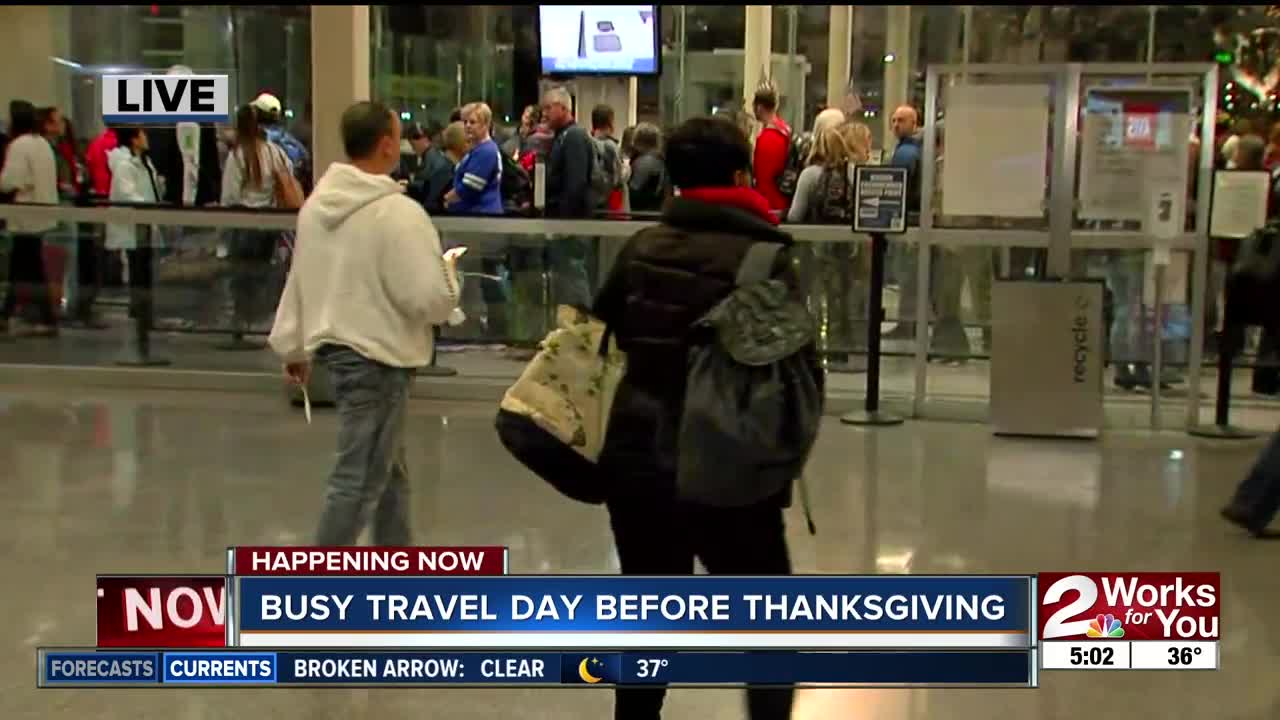 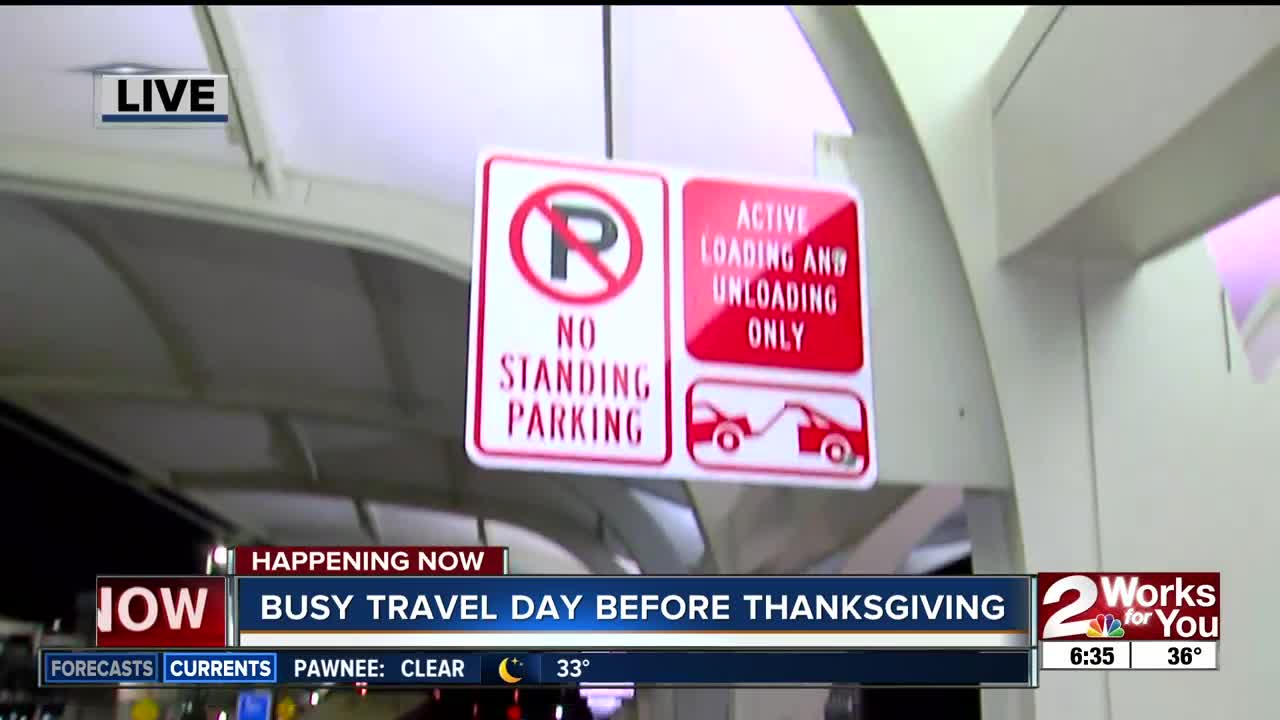 TULSA, Okla. — If you have plans to fly to your destination for Thanksgiving, you might want to get to the airport early.

Officials at Tulsa International Airport (TIA) say they have 85,000 scheduled seats this week around the holiday. They have seen a trend of about an 8% increase in passengers since 2017.

While they expect the busiest day to be the Sunday after Thanksgiving when people are returning home, Wednesday is the second busiest.

"I got notice yesterday from Southwest on a computer that we're changing our flight schedule, and you know my first reaction was, 'You're what?'" said Michael McGuire, a resident of Tulsa who experienced a delay of several hours.

He is traveling to Salt Lake City to visit his brother and spend the holiday with him, but he was notified by his airline about a delay. His layover flight in Denver was canceled because of the snow.

McGuire was put on another flight that would go through Phoenix instead of Denver to get to his final destination.

Almost 500 flights in and out of Denver's International Airport were canceled on Tuesday, which affected several arrivals and departures in Tulsa. This included flights with Southwest and United Airlines.

A family from Mississippi got a heard start on their traveling on Tuesday to avoid all the rush.

"Get to the airport early and have patience," said Morris Hicks who landed in Tulsa with his wife and three children.

He said they are spending Thanksgiving with his family in Coweta.

Airport officials remind you to arrive about 90 minutes early for domestic flights or two hours early for international flights.

Also, be sure to have your license or passport and boarding pass ready to show as you go through the security checkpoint to make things run fast and smooth.