Browns to be featured on HBO's 'Hard Knocks' 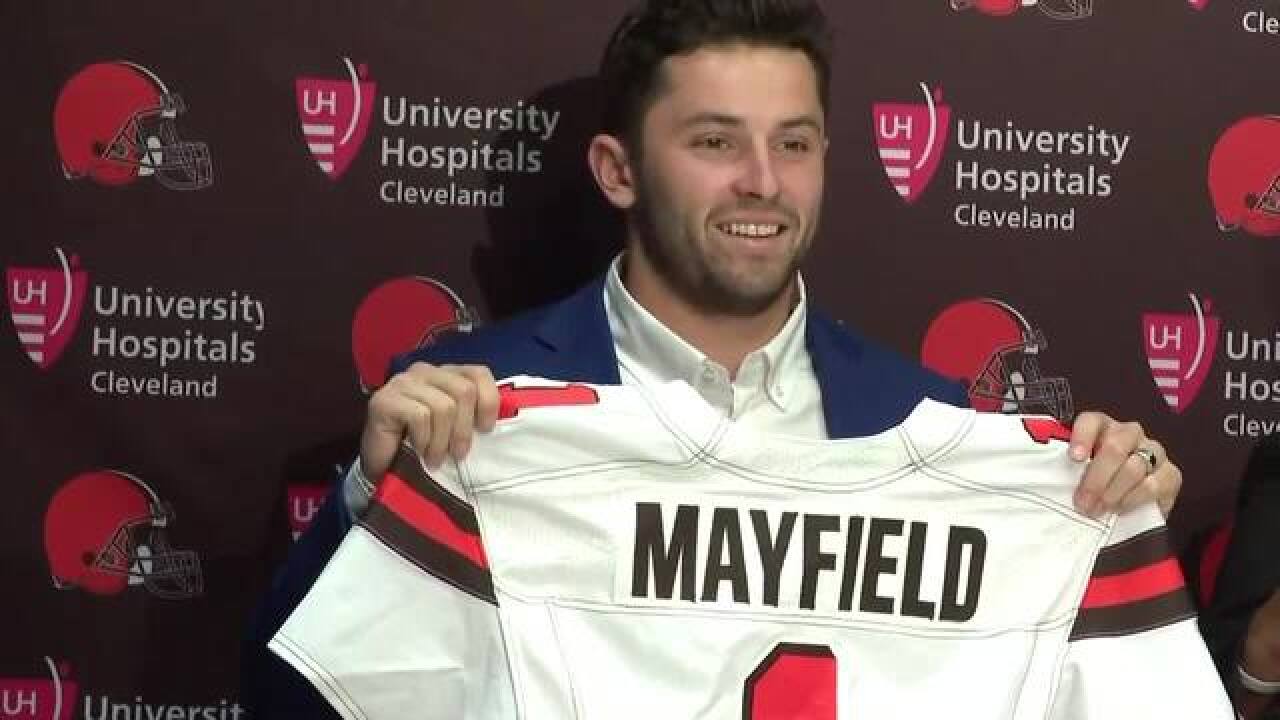 CLEVELAND (AP) -- A person familiar with the decision says the Cleveland Browns will appear on HBO's "Hard Knocks" this season.

Coming off a historic 0-16 season, the Browns were chosen after declining the opportunity several times, said the person who spoke Thursday to the Associated Press on condition of anonymity. The official announcement will be made later.

The Browns have renewed optimism following the recent draft and are granting HBO unlimited access to its upcoming camp.

Cleveland is the 13th franchise to participate in "Hard Knocks," which began in 2001. The Tampa Bay Buccaneers were featured last summer.

HBO's cameras are certain to focus on Browns rookie quarterback Baker Mayfield, the brash Heisman Trophy winner from Oklahoma recently selected first overall. Mayfield is expected to sit behind Tyrod Taylor this season, but their competition could make for the kind compelling TV that has made the series a must-watch for football junkies.