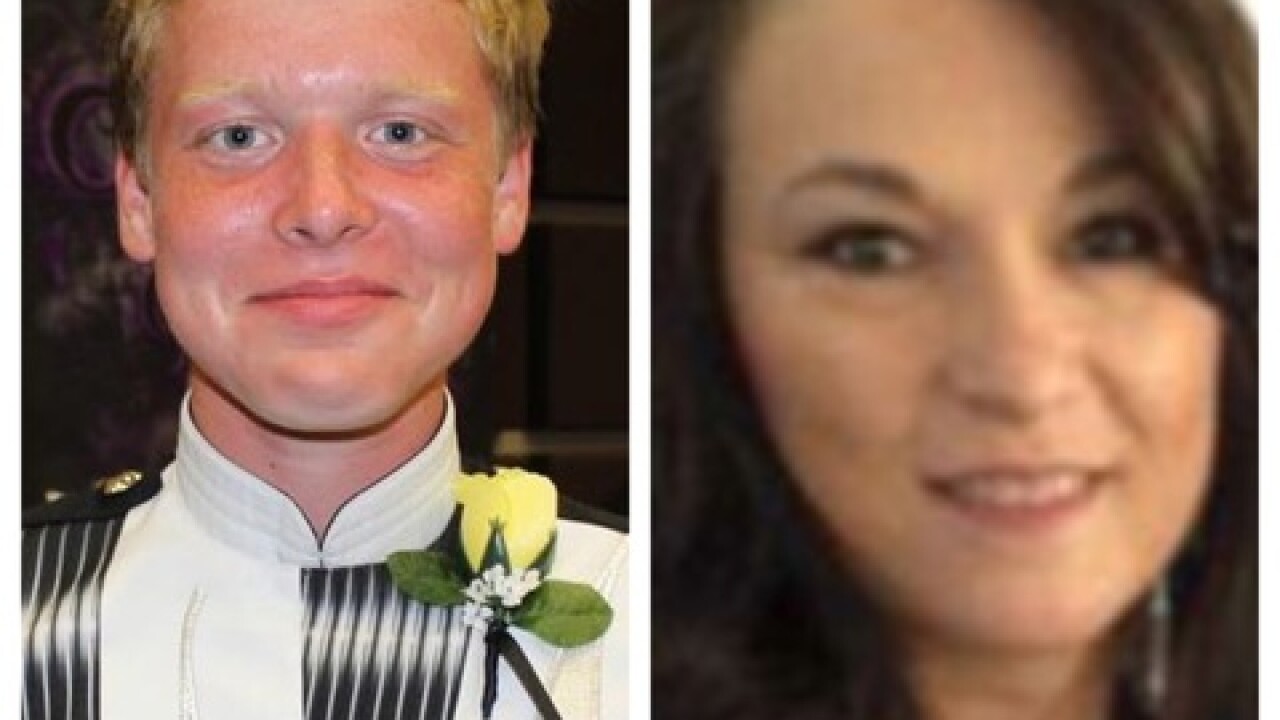 BROKEN ARROW, Okla. -- Family members and friends are remembering a high school senior and a mother of two who both died during a crash Friday evening.

Noah Schriner, 17, and Tracy Fulps, 51, were killed when their two SUVs collided head-on just west of 23rd Street on New Orleans. The cause of the crash remains under investigation right now by Broken Arrow police.

Family members and friends are remembering Schriner for his kind, friendly personality and his active role in church, school and band. Schriner played in the baritone section of the decorated Pride of Broken Arrow. His grades earned him a position in the National Honor Society, and he also loved math and chemistry along with learning American Sign Language.

He worked hard to become an Eagle Scout in 2016. As part of his project to earn that rank, he built a pergola outside his church, the Church of Christ at Whispering Hills in Broken Arrow. He began delivering sermons there at the age of 12 and even participated in the Future Preacher Training Camp. According to his obituary, "Noah lived his faith and was eager to share his joy for the Lord with anyone willing to listen."

Fulps is survived by her husband and two children. Her obituary noted that she loved spending time with kids. She served as director of the Broken Arrow Youth Cheer program, encouraging kids to participate in cheerleading and dance over the years.

Meag Warren, the varsity coach for the Broken Arrow Tigettes, credited Fulps for rebuilding these programs in the district. She said Fulps always had a smile and lived life with a contagious amount of enthusiasm and energy.

"You never saw her have a bad day," Warren said. "She was always so happy and just so loving and kind to anyone and everyone that she ever met. She could definitely put a smile on your face just by having a five-minute conversation with her."

Flowers were left as a memorial outside The Tiger Den on Broken Arrow's Main Street, which is the store that Fulps managed. According to her obituary, she "enjoyed good food, reading and spending time with her family, her children and especially (her husband) Derek."

Fulps' family is requesting memorials to the Assembly in Broken Arrow. Her funeral will be held Saturday at 1 p.m.

Schriner's funeral services will be held Wednesday at 1p.m. In lieu of flowers, his family is asking people to donate to the Pride of Broken Arrow. Contributions can be sent to the following address:

Please note "In Memory of Noah Schriner" on the check.