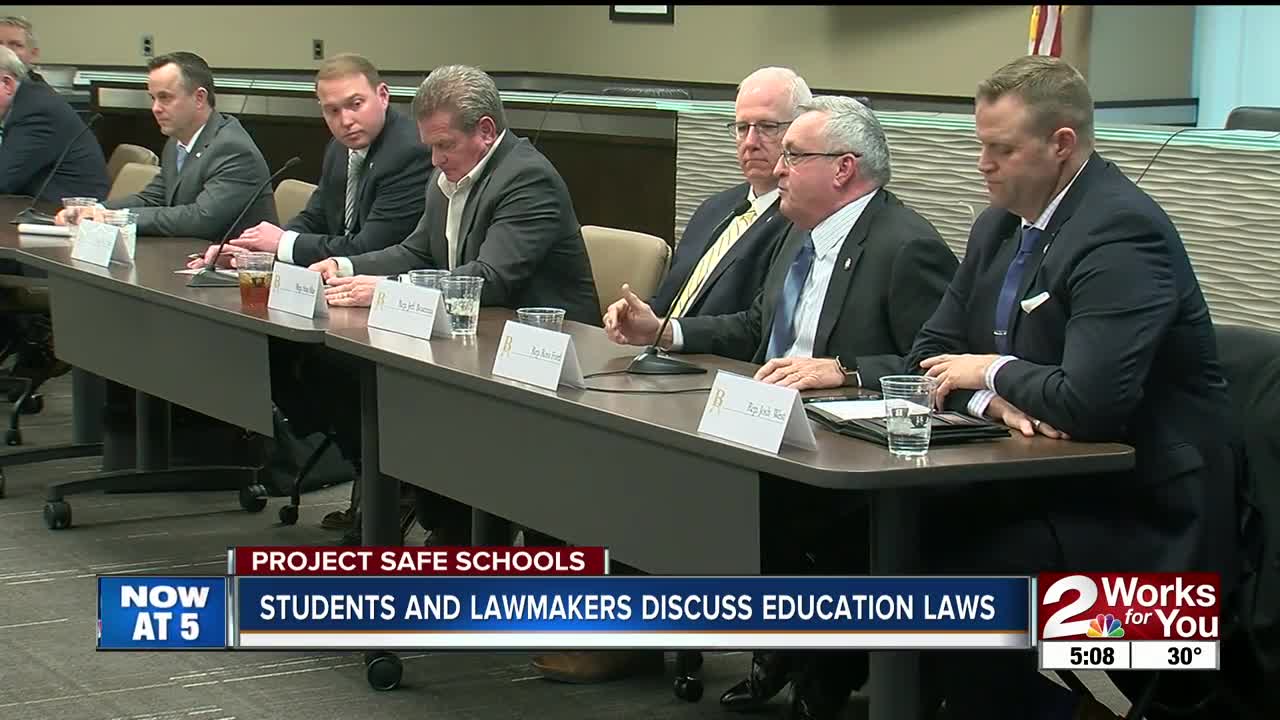 BROKEN ARROW, Okla. — Green Country students are taking the state's education crisis into their own hands.

On Wednesday Broken Arrow Public Schools hosted lawmakers and students to talk about the issues affecting them inside the classroom.

“We were wondering what efforts were being done to increase the accountability for charter schools?”

Questions like these, directed at lawmakers who hoped to bring transparency to all in attendance.

Other questions were aimed at house bills affecting teachers.

“Do you guys support house bill 2214 that will revoke teaching licenses if a teacher were to choose to walk out for education again,” a student asked.

The response from lawmakers was a consensus.

“That's a way that teachers can voice their opinion and they stuck with the law at the time, they got permission,” Rep. Stan May said.

“I don't think it'll have enough support,” Rep. T.J. Marti said. “I don't think that it's good for Oklahoma and it doesn't seem all that constitutional."

May said he doesn’t think the house bill will even make it out of committee.

Other questions focused on keeping teachers in Oklahoma.

“How are you going to keep teachers in Oklahoma and not go to other states for better pay,” a student asked.

“One of the things we need to do then is compete with other states not just with salary, although that's very important, but benefits, and compete on the stage of attracting students into the schools of education,” he said.

Students were also curious about life skills being a requirement in schools before college.

“We were wondering about the implementation of requiring life skill classes, cleaning up yourself, financial things, and what you guys thought of implementing that and making it a requirement?”

Legislators said life skills were once in schools, but taken out. They would like to see them come back as well.

“I believe it should start in the 7th grade and continue into 8th grade, 9th grade, and its a whole entire system but it starts at local control,” Rep. Dean Davis said. “It can start right there at each school district."

Perhaps the most thought provoking question was about diversity.

“Recently seen from the university of Oklahoma, students were racially being inappropriate, however this government funded school did not take any other preemptive measures,” a student said.

The student was referring to a recent black face incident on the school's campus. Her question: How is the education system going to prevent this… and address human rights?

“It’s wrong, and each one of us know its wrong,” Sen. Stanislawski said.

Some lawmakers said they can't legislate people doing inappropriate things. Others had a different opinion.

“They need to start being held accountable and it needs to go higher than just that student,” Rep. May said.

Students hope lawmakers take their thoughts and bring them back to the capital.