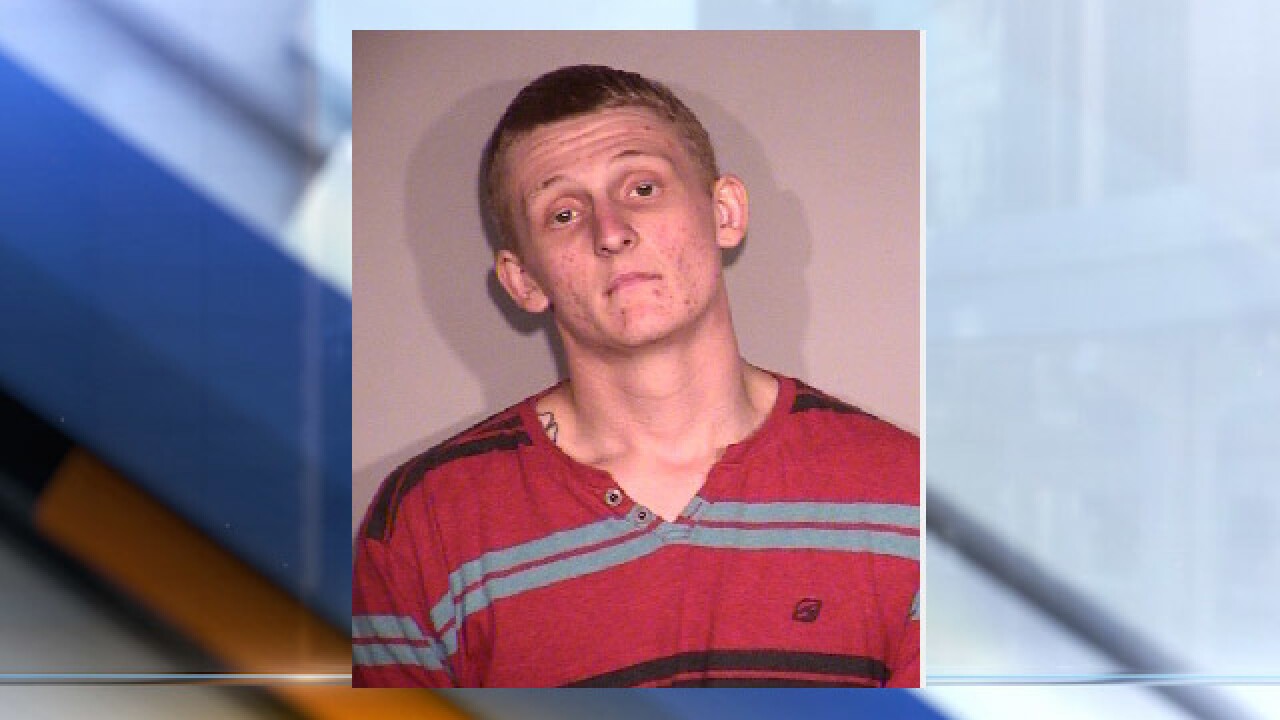 BROKEN ARROW, Okla. -- Broken Arrow police arrested a 22-year-old man Friday after they said he broke into vehicles in the area.

On Aug. 31 at approximately 7:20 a.m., officers responded to the 4400 block of West Urbana Street in reference to a suspicious person call. The homeowner said there was an unknown man in their backyard.

Officers were in the area, investigating a stolen vehicle that had been left abandoned one block away.

Officers located Tyler Smithee, who they said was breaking into vehicles in the area. Smithee was also linked to the stolen vehicle that was found nearby.

Smithee was arrested on burglary, stolen vehicle and meth-related counts.