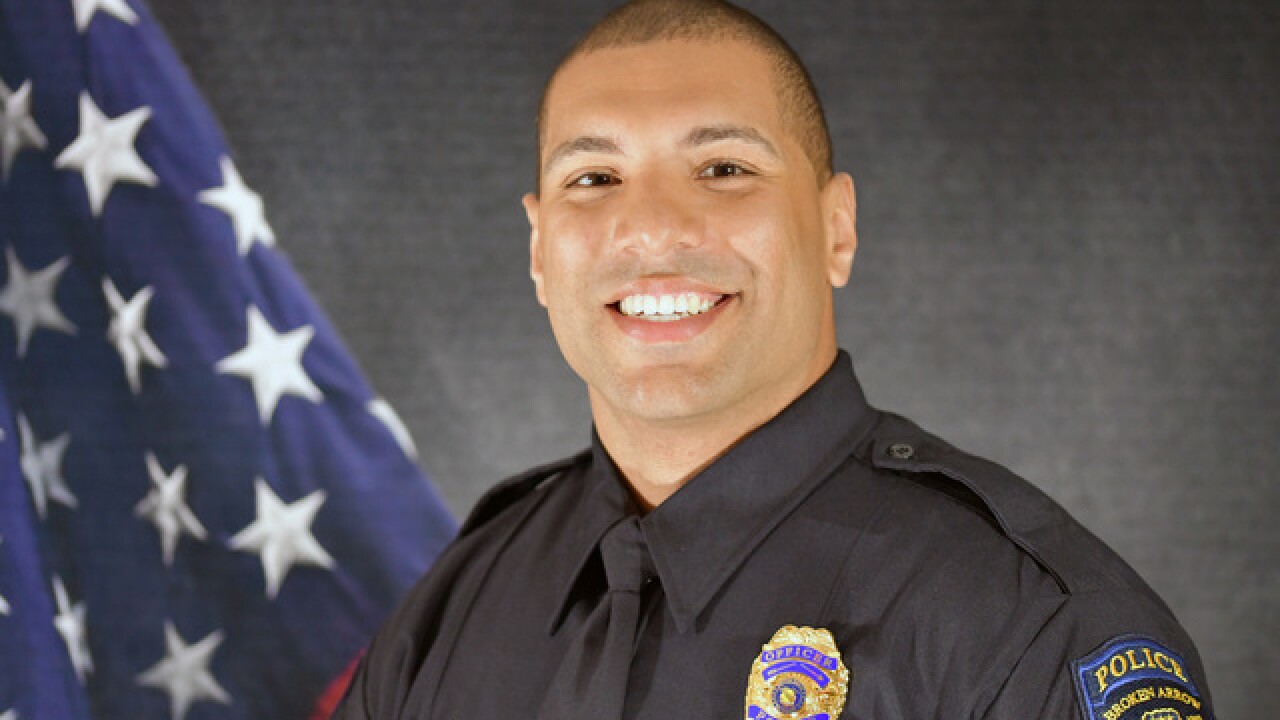 BROKEN ARROW, Okla. -- Broken Arrow police have identified an officer involved in a shooting on Saturday.

Police said Niko Wright, who has been with the Broken Arrow Police Department for one year, shot Randall Wieland, 46, who had approached them with a knife.

The incident at about 2 p.m. Saturday in the 800 block of South Juniper Place while officers were responding to the report of two men who were involved in a fight over a gun.

Police said Wieland verbally challenged officers, threw kitchen knives at them and refused commands. He was shot in the abdomen after officers said he started walking briskly toward them.

Wieland was taken to the hospital, and has been arrested on a count of assault with a deadly weapon and domestic assault and battery.

Wright is on paid administrative leave pending the outcome of the investigation.