Broken Arrow neighbors are evacuating, and those who aren't are helping however they can 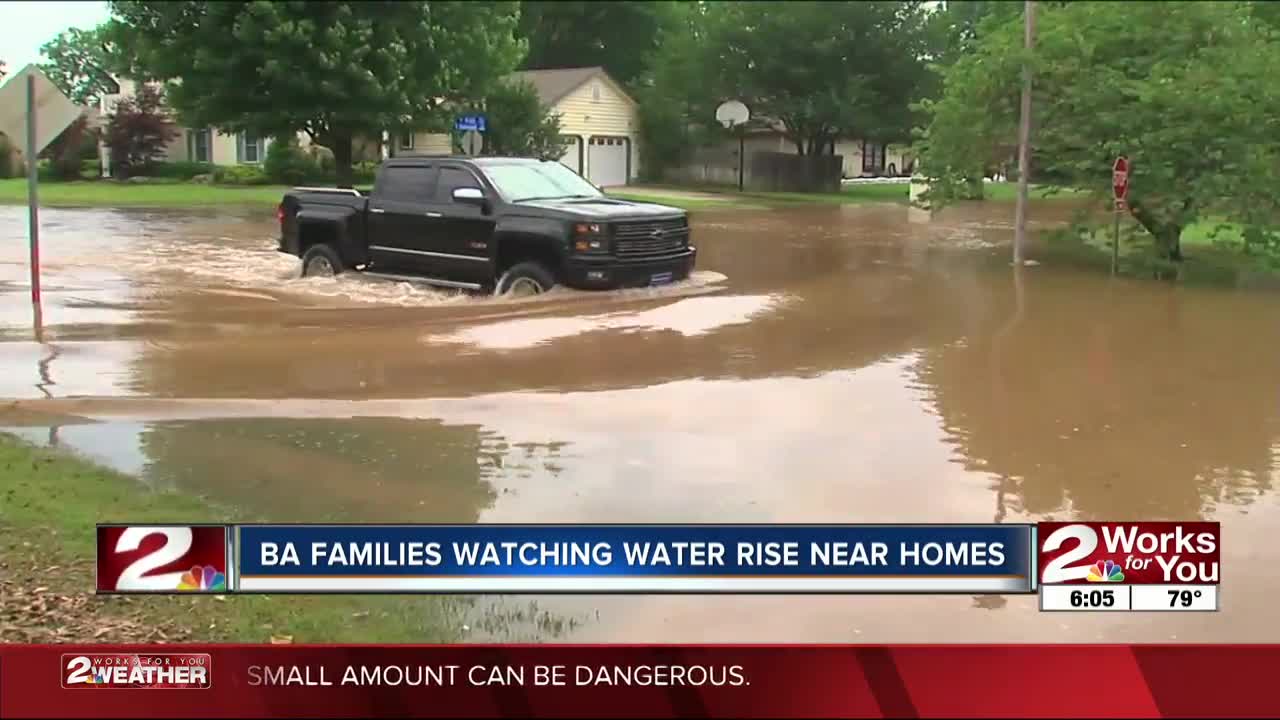 BROKEN ARROW, OK (KJRH) — Several homes in Broken Arrow’s Indian Springs neighborhood were evacuated last week, but neighbors still are doing what they can to help themselves and others through a scary flooding situation.

Water has made several roads nearly mpassable, and as of Tuesday night, only lifted trucks were able to make it through. Those roads are on the newer side of the neighborhood, where the houses and lawns were built above the road, to drain floodwaters away from houses.

The floodwater hasn’t gotten to the homes just yet, but families are getting out while they can. The alert to evacuate came Wednesday May 22, and several residents left right away. Many of them have been coming back to retrieve more items out of their homes.

"It feels like it’s been forever," evacuee Matthew Manennche said. "We have to really think and try to concentrate on what today actually is.”

Families at higher ground in the neighborhood are starting to get nervous, picking up sand bags and getting ready to help their neighbors however they can.

"You just hate to see that for anybody," said Jeff Dye, who was sandbagging his home. After he finished, he headed down to the flooded area to help whoever needed him. "It’s a mess, but we’ll get through it.”

Police are on patrol throughout the day, asking anyone coming in for identification to prove they should be there.