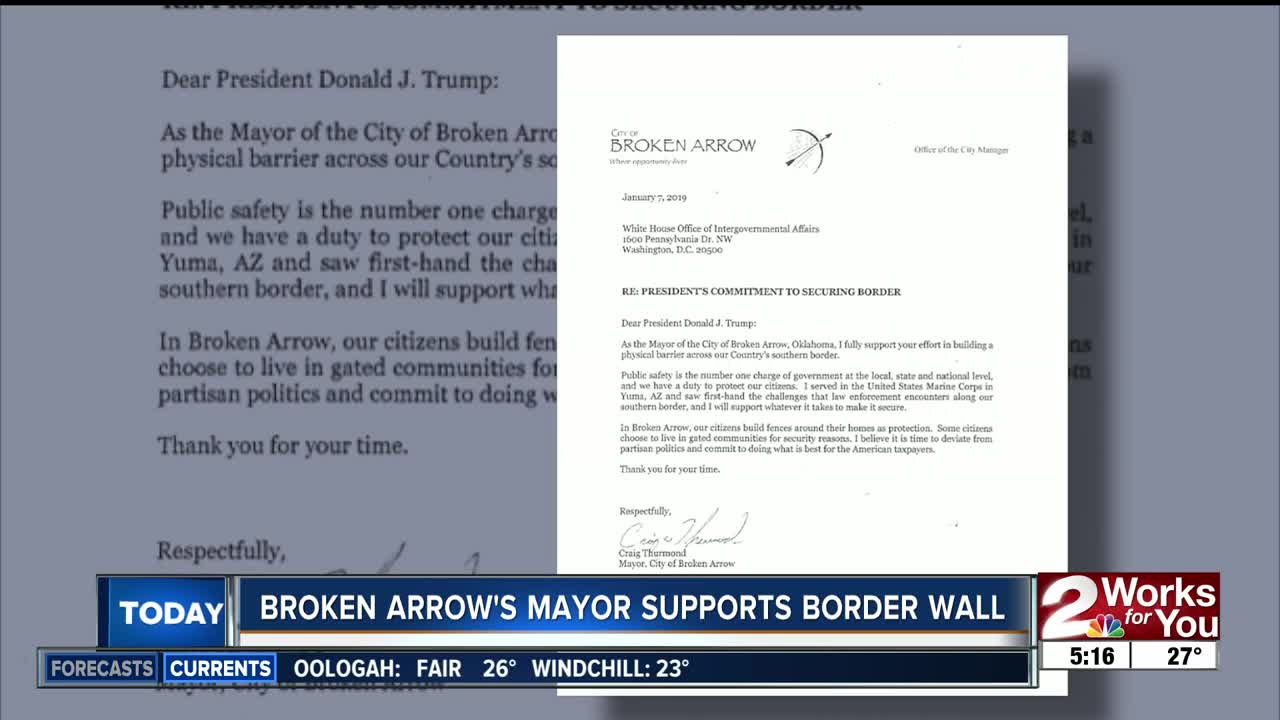 In a letter addressed to the president, Mayor Craig Thurmond says he served in the Marine Corps in Arizona and experienced the challenges of protecting the southern border.

In the letter, Thurmond says he will support whatever it takes to secure it.

"I do think that we have to try to stop some of the gangs and the cartels that do come across and the human trafficking and the drug trafficking we're getting," Mayor Thurmond said.

Thurmond says he wrote the president because the White House reached out asking for supporters of the wall to speak up.