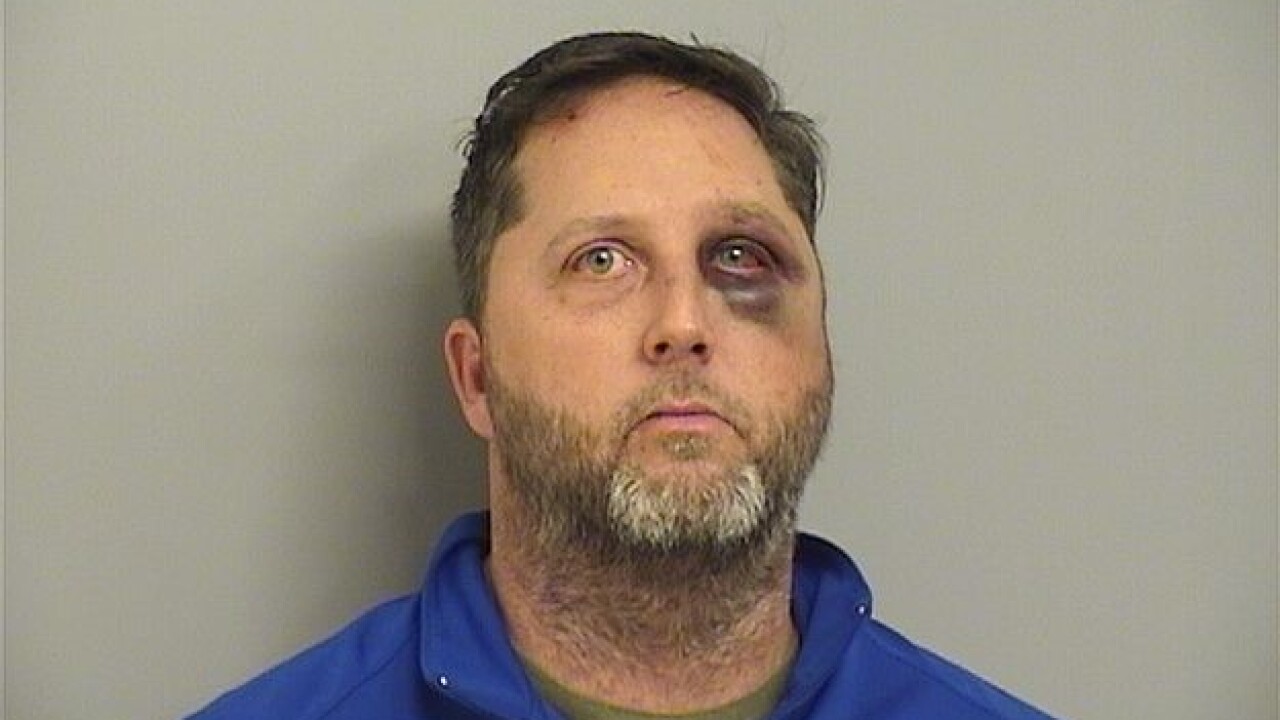 BROKEN ARROW, Okla. — A 46-year-old man was arrested in Broken Arrow on Saturday night after he was accused of assaulting a police officer who was working the "Shamrock the Rose" event downtown.

The officer said on Saturday at about 10:35 pm., he was working bicycle patrol at the event on Main Street in Broken Arrow. The officer said he and other officers had just broken up a bar fight between two men at Stogies bar, but determined that no charges would be filed.

Officers said Gale wouldn't follow instructions to leave, and reached through the window of an officer's vehicle, while pointing at the officer.

One officer grabbed the man's arm, which started a fight. Officers said Gale continued to struggle and tackled one of the officers.

As the fight continued, an officer struck Gale in the face with his knee. Another officer tased the man, and placed him in handcuffs.

Gale was arrested on counts of assault and battery on a police officer, obstructing justice, resisting arrest and pubic intoxication.