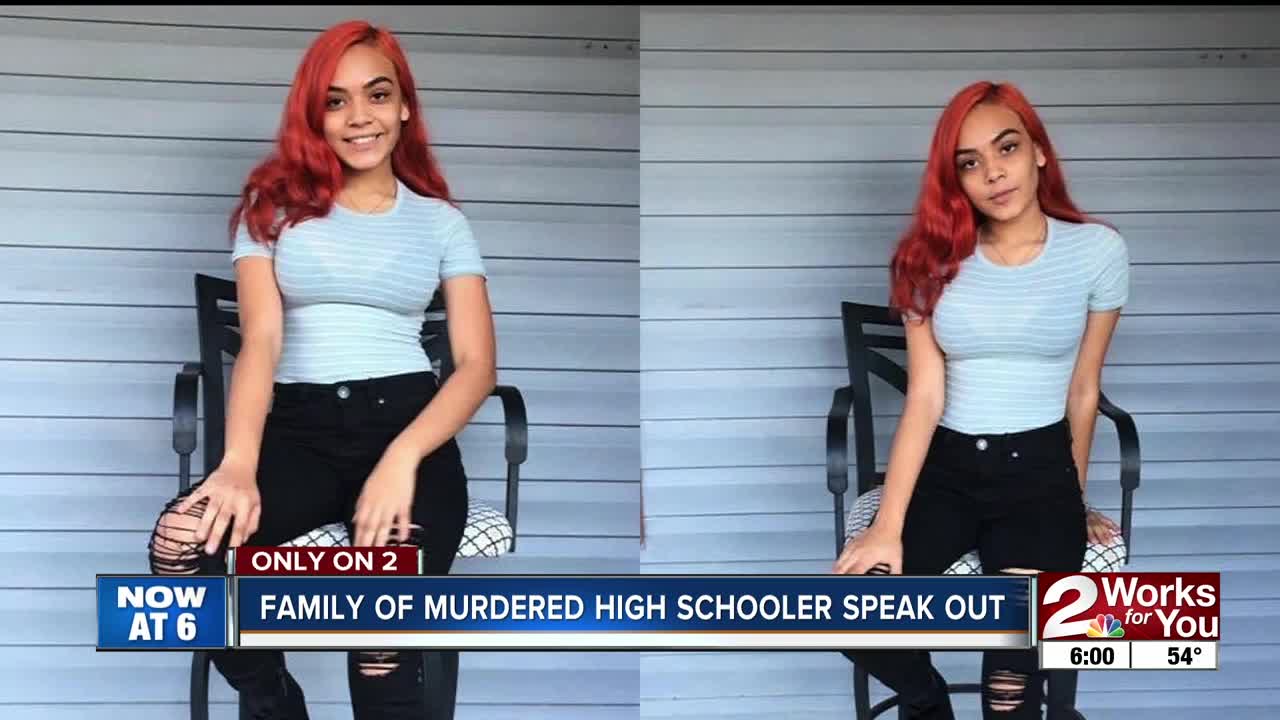 A family spoke exclusively to 2 Works for You on the fatal shooting of their only daughter, Britney Urena, who had just celebrated her 15th birthday. Reporter Gitzel Puente has more.

TULSA, Okla. — While a suspect is in custody for the murder of a teenage girl, a family continues to mourn and look for answers.

Sebastian Santiago says his daughter Britney Ureña had just turned 15 years old on December 2. They celebrated with a cake at home with her two younger brothers.

Seven days later, she was shot and killed at a gathering in the Belmont Apartments on 23rd Street and Garnett. The original 911 call came in as a suicide; however, when crime scene investigators arrived, they found the evidence didn't match the story.

They began to interview witnesses and found that a teenager by the street name of "Trigger" might have been behind the fatal shooting. Two days after the crime, detectives arrested the teen Jose Joel Zamarippa for Ureña's murder.

Detectives haven't recovered the murder weapon, but witnesses told police Zamarippa was playing with a handgun the day of the shooting.

"It's hard to say it's an accident when you point the gun at somebody and you pull the trigger," says Sergeant Brandon Watkins with the Tulsa Police Department's Homicident Division.

He says this is the third fatal shooting since September in which young people were "messing around with a gun."

This is Tulsa's 59th homicide since January of this year.

Ureña's family says the funeral is planned for Monday afternoon, but they're still trying to raise money. They have created a GoFundMe account to help pay for funeral costs.