Breaking down what happens with Oklahoma's medical marijuana fees 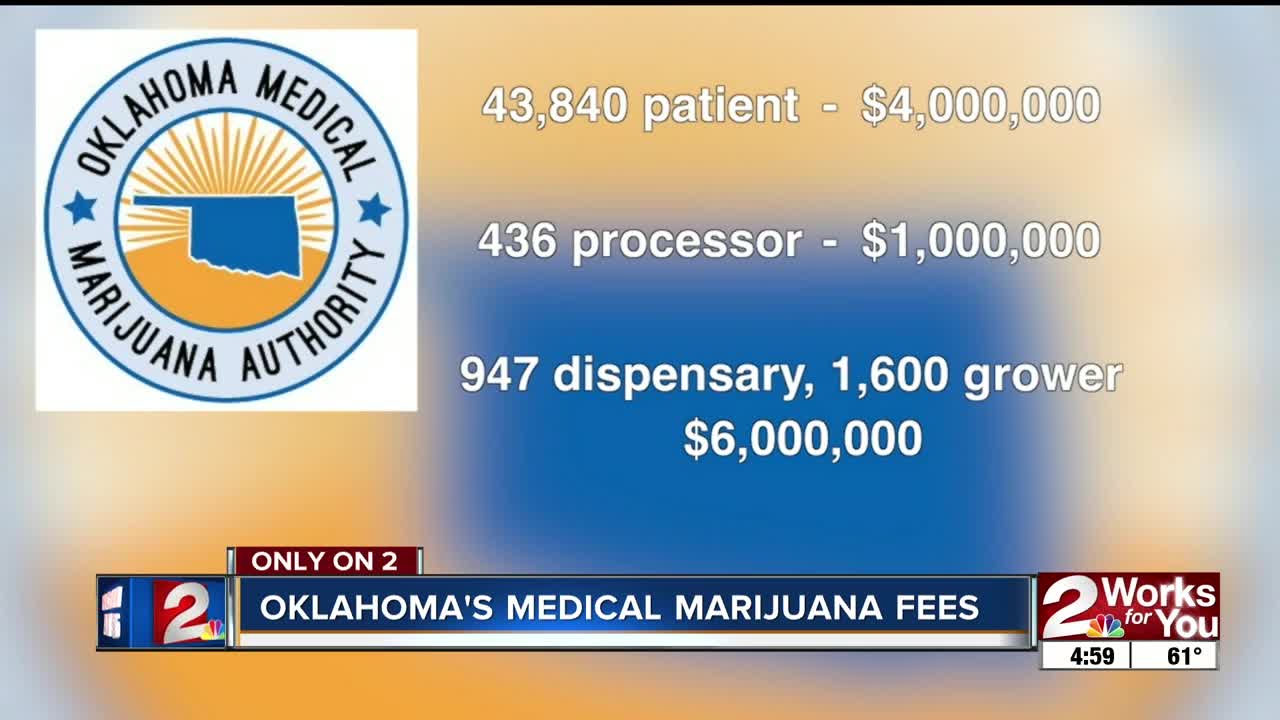 Breaking down what happens with Oklahoma's medical marijuana fees

TULSA, OK (KJRH) — Experts say most of the money medical marijuana brings in to Oklahoma goes back into the state's Department of Health. Between medical marijuana and tax collections, the state may have brought in more than $11 million since October 2018.

According to the Oklahoma Tax Commission, the Department of Health is the recipient of the 7 percent medical marijuana tax. That money, more than $375,000 total since October, goes toward running the regulatory office until the budget is filled. The excess is split up, 25 percent toward the department's Drug and Alcohol Rehab fund, and 75 percent to the General Revenue fund.

There are also fees tied to applying for a medical marijuana permit, which goes to the Oklahoma Medical Marijuana Authority (OMMA).

Most patients end up paying $100 per medical marijuana application. According to the OMMA, more than 43,000 patients have had their licenses approved, which totals more than $4 million in fees. Businesses like processors, dispensaries, and growers have to pay $2,500, which amounts to more than $7 million more, given there are more than 3,000 licensed businesses across the state, according to the OMMA.

Durbin says because State Question 788 was unclear in terms of how the license application money should be used, it will take more legislation to clear up what should happen with excess funds.