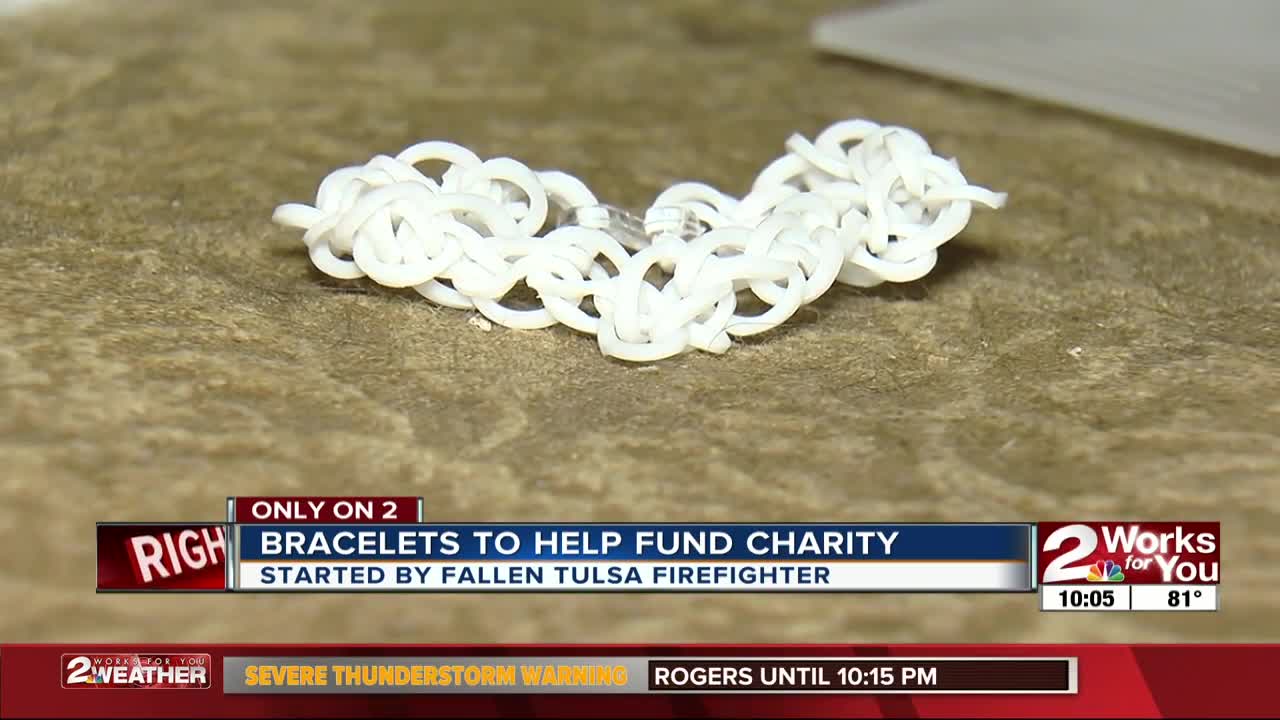 TULSA, Okla. — The daughter of fallen firefighter Ryan Phillips decided to sell bracelets she and her friend make, and they are donating the proceeds to Hydrants of Hope, a charity started by another Tulsa firefighter who passed away earlier this year.

It's not a complicated process to make rubber band bracelets.

"You keep it on your fingers and just twist it around," said Reese Phillips, daughter of late firefighter Ryan Phillips.

"We always joke around that we have twin telepathy, we put our business name to 'Flamingo Twins Rubber Bands'," said Phillips.

Instead of spending the money on clothes or shoes, Reese wanted to donate proceeds to Hydrants of Hope.

Reese's dad, Ryan Phillips, passed away in April. He had worked for the Tulsa Fire Department since 2005. Hydrants of Hope is a foundation started by late Tulsa firefighter, Mark Meyer, who passed away in March.

"The community is still participating even though he’s not here anymore, I think heaven would be smiling," said Blunt.

"Anything he could do to help kids was right up his alley," said Blunt.

Now, two young girls are doing what they can to help what he started.

"It makes me feel good that I’m doing something good in the world," said Phillips.

It's a tragic similarity, but the small efforts from Reese and Sydney prove how strong the fire family really is.

"If Reese’s dad, Ryan, were here and my dad, Mark, were here, they would be giving high fives and smiling," said Blunt.

Mark's daughter, Kinsey, is following in his footsteps. She's a volunteer firefighter for Fair Oaks in Catoosa.

To purchase bracelets or learn more about Hydrants of Hope, you can head to their Facebook page.