Boulder Ave construction a benchmark for the Tulsa cycling community 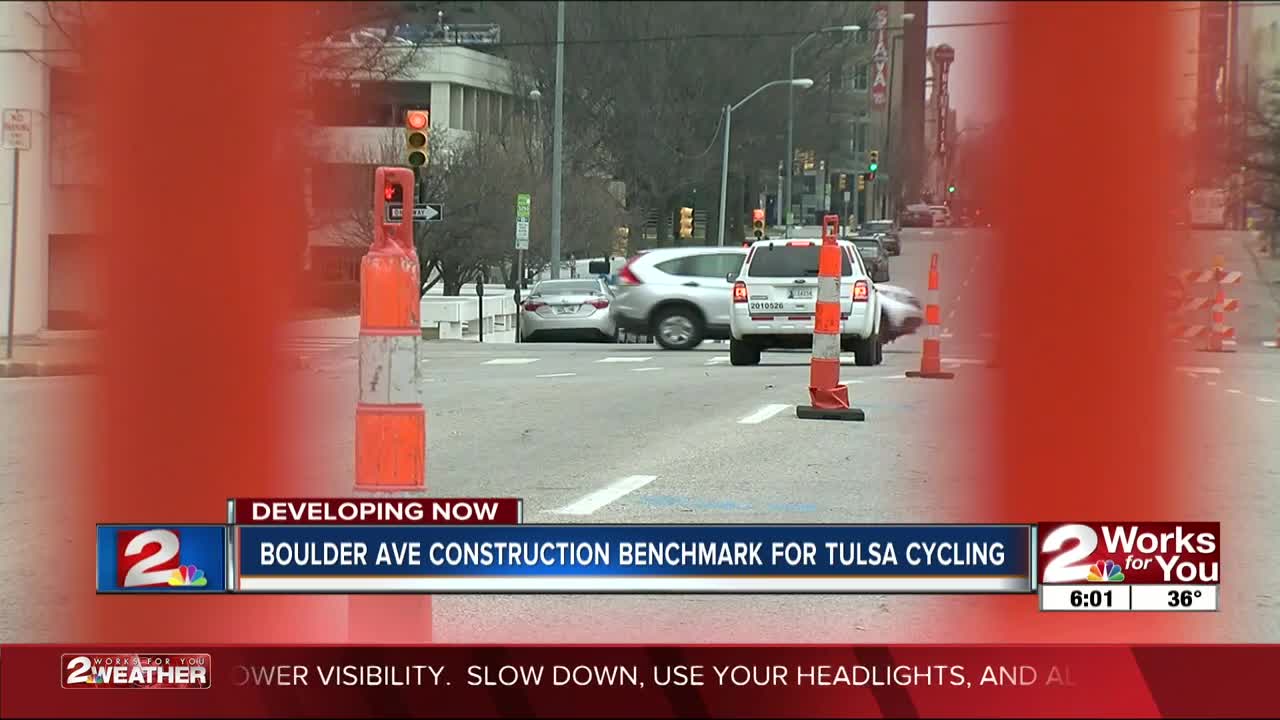 Boulder Ave construction a benchmark for the Tulsa cycling community

TULSA, OK (KJRH) — Tulsa’s cycling community has grown exponentially in the past few years, and the City of Tulsa is adding bike lanes to a huge construction project that will make the street safer for those who bike the roads.

Boulder Ave. between 10th and First will be under construction until about February 2020, when it will reopen as a two-way street. That street will include a bike lane on the west side, next to a shared lane for bikes and cars.

Garrett Grow, a mechanic and salesperson at T-Town Bicycles, says the addition is a sign of the times.

“I’ve been here in Tulsa since 2008," Grow said, "and I’ve watched the cycling community just explode.”

The Tulsa cycling community is calling the construction a benchmark as the city focuses more on cycling and cycling safety. In the past decade, the city has worked to implement safety changes to get drivers used to sharing the road with bicycles. A popular option has been adding bike lanes, which are considered with all major road projects that are part of Tulsa’s GO Bond.

"Where was Tulsa eight years ago?" asked Jane Ziegler, INCOG Bicycle-Pedestrian Coordinator. "I can tell you we’ve improved so much just from our culture - people’s mentality - seeing people on bikes on the road.”

The Boulder Ave. construction is a $4 million-plus project. While Boulder is under construction, it will remain a one-way street.