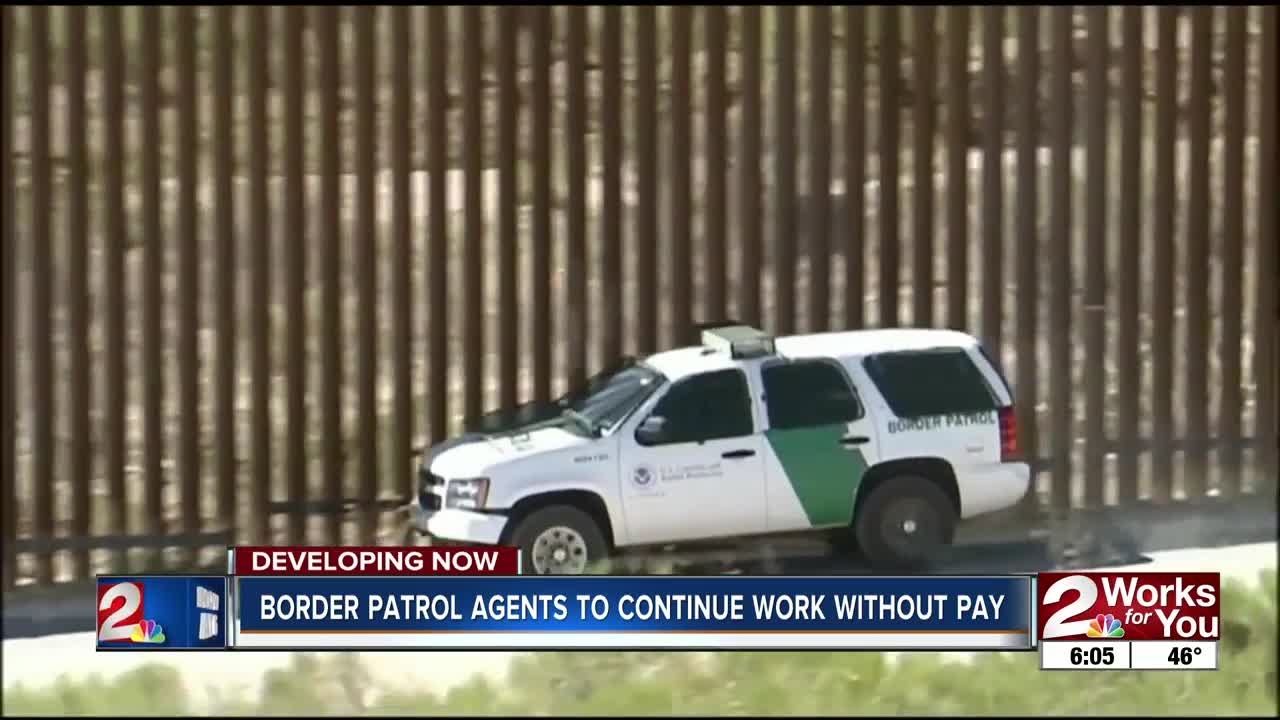 TULSA - While the government works on a solution to President Donald Trump’s demand for more protection at the borders, government employees are stuck trying to figure out how to pay bills without a paycheck.

But those who protect our borders plan to work no matter what.

The United States is protected each day by Border Patrol Agents who told 2 Works For You, they could feel the impact by the end of this week.

"It’s a biweekly check, so pretty much the next pay period would be when it goes into effect," Garcia said.

If that happens, Garcia said they are prepared on how to deal with their finances and benefits.

"Everybody is going to have an individual plan according to their own finances," Garcia said.

Regardless of whether the shutdown continues for a month, two months or even a year, Border Patrol Agents have no plans to stop their daily duties.

"The border patrol will continue to perform its duties, and protect its local communities and the nation as a whole and here at El Centro Sector, we take that very seriously," Garcia said.

Garcia's hope, along with the rest of the nation, is for a quick resolution.