Blue Dome Arts Festival will not return in 2019 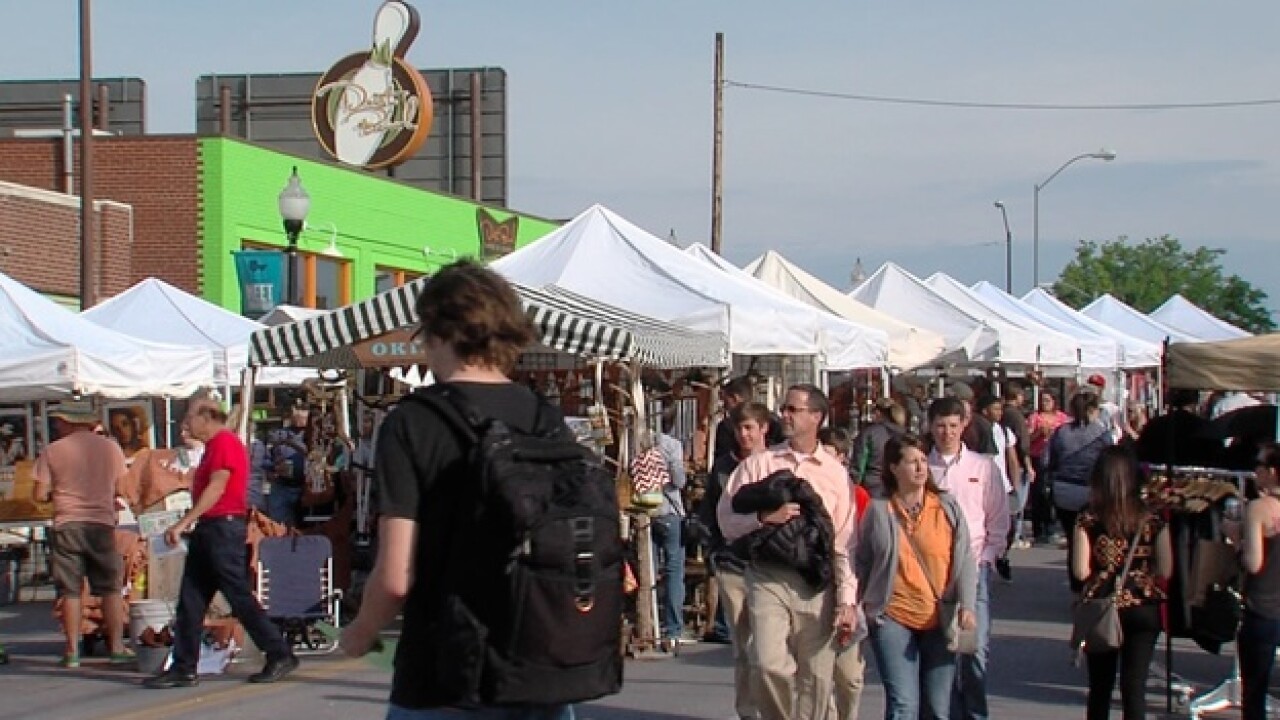 TULSA -- The Blue Dome Arts Festival will not return in 2019, after a 15-year run in downtown Tulsa.

Officials say the reason for the ending of the festival, which began in 2004, is in part due to the changes in downtown, which have seen new businesses pop on streets previously used to house local art tents.

"When the event began in 2004, downtown Tulsa pretty much closed up at 5 p.m. and the streets went quiet as night approached," Blue Dome representatives said in a press release.

The festival provided a statement in a press release:

In the end, however, it comes down to the fact that our location is simply no longer able to accommodate the festival without also diminishing it. We are so thankful to Valley National Bank for presenting our 15th Annual BDAF this past May as it was the biggest and best year yet.

The festival this May hosted over 220 local artists, more than 20 local food trucks, about 25 local bands and more.

While our hearts are heavy, we are so very thankful for the fantastic time we’ve had and for the love and talent we have watched grow over the years. In the future… who knows? Maybe there’s a chance that Blue Dome Arts Festival will return in some form down the road. Maybe not. Only time will tell. But for 15 years, we got the chance to transform the streets of the Blue Dome District into an annual festival showcasing all of the incredible talent that comes from artists right here in our own backyard. Thank you Tulsa. Thank you Oklahoma. We so appreciate your support, both past and present, as we go through this transition. We hope that when you reflect back on your memories from Blue Dome Arts Festival, you are filled with the same joy we feel when we remember ours. From the bottom of our hearts to the tip top of our Blue Dome, thank you for making the Blue Dome Arts Festival so very special.