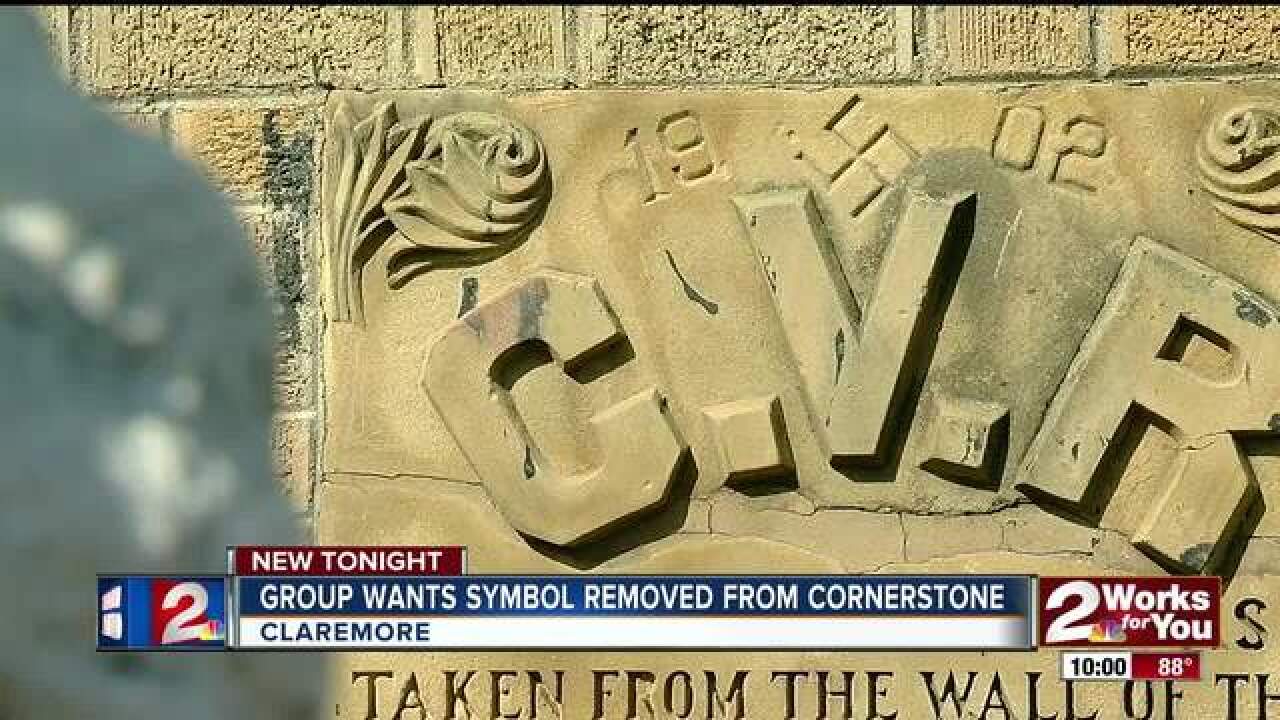 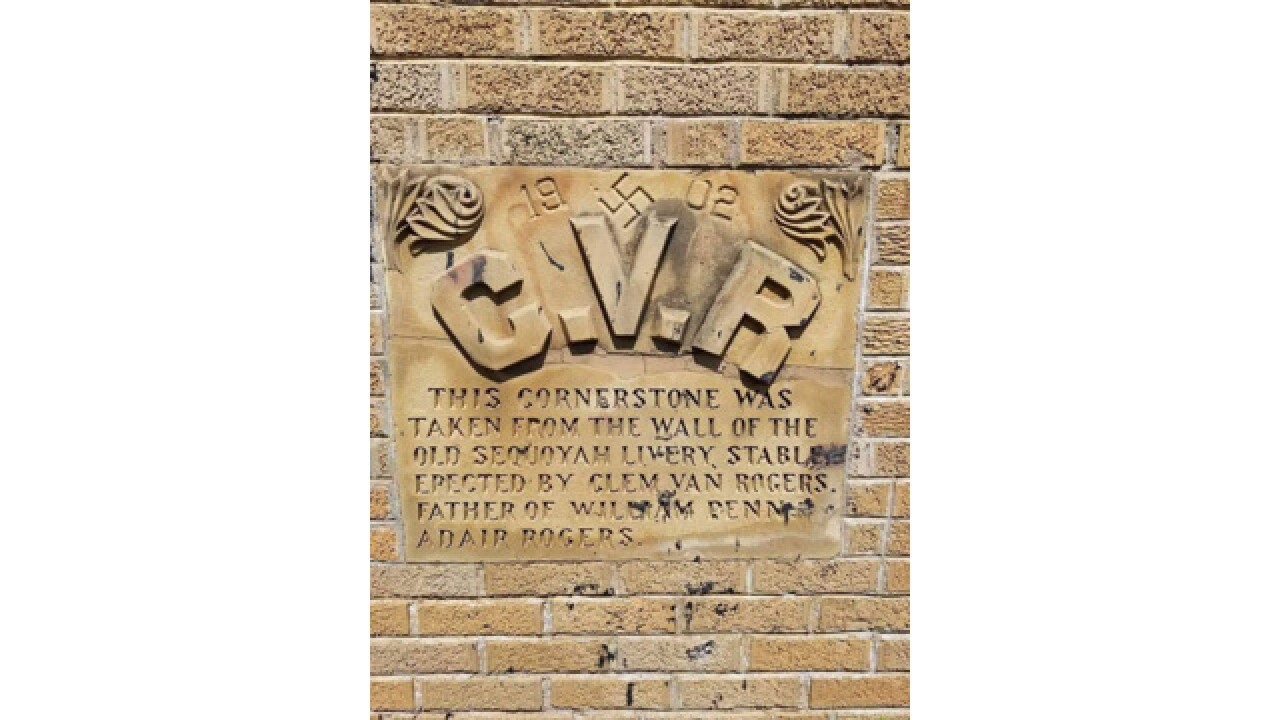 CLAREMORE, Okla. -- An Oklahoma group is calling a symbol at a Claremore museum offensive and asking for it to be removed.

From a distance, it's hard to read the message below the initials.

“They sold it for $400 and in 1936 they started this building and Will had already died and they decided to name it for him," Reeder said.

It's a piece of history that's been around for more than 100 years and sits on the south side of the building at the Claremore Museum of History.

"I think it’s offensive to me that someone would think that a cornerstone would be so hate-filled you’d have to remove it," Reeder said.

The symbol on top of the cornerstone is under fire.

“For Native Americans, it was very much life, earth and sun that’s what it meant to them," Reeder said.

Reeder remembers it as a patch on soldiers uniforms of the 45th division in World War I, who were mostly from Oklahoma.

“I couldn’t find anything that called it a name," she said. "I think it was given the name when Hitler decided he needed a symbol.”

“When you see it now it’s a public representation of hate and regardless of what it meant then it’s how people see it now," he said.

Reverend Johnson says the meaning has changed overtime and wants any sign of hate removed.

“The swastika sign is the main point and everything else is fine it’s that symbol that is connected to hate," he said.

He wants the country to move forward.

“I don’t believe that it will be too hard of a process because it’s very understandable," Rev. Johnson sad.

Just off Will Rogers Boulevard, is the cornerstone's home that Pat Reeder doesn't want to see go.

“Second time in 50 years that anyone has ever said anything about it," she said.

Rev. Johnson says he plans to reach out and set up a meeting with the president of the museum to express his concerns.