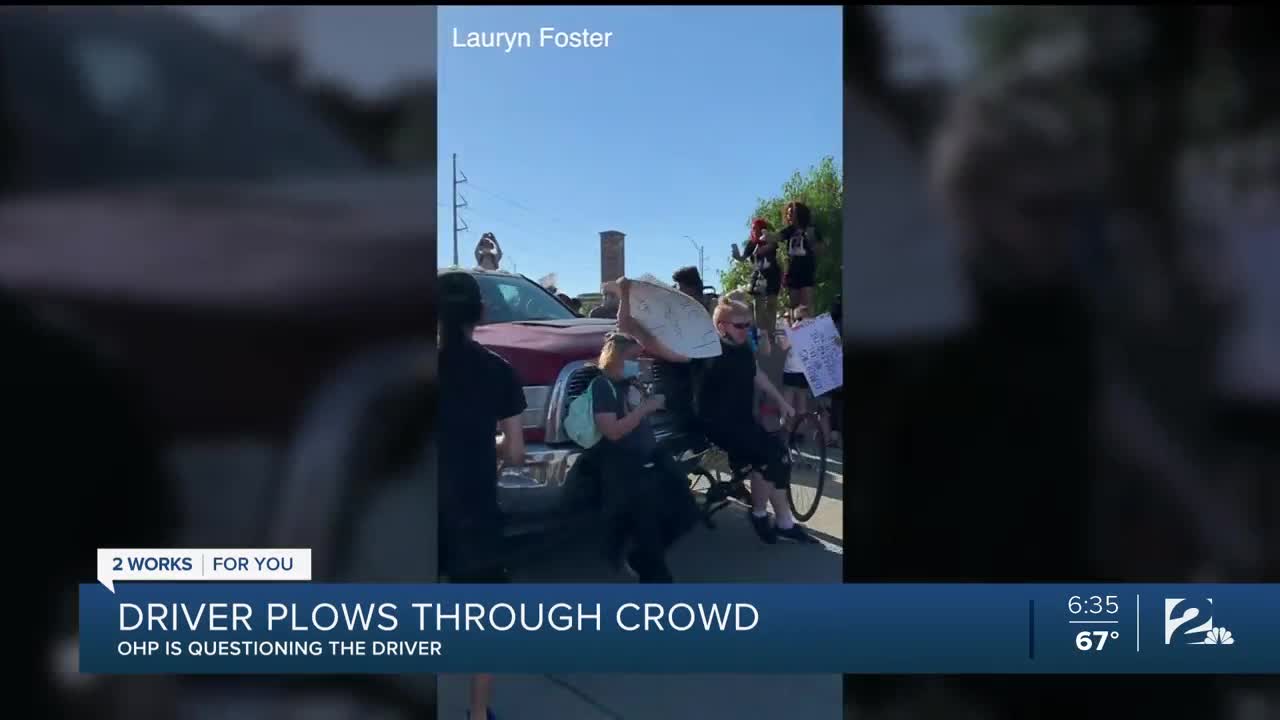 Driver plows through crowd of protesters on I-244 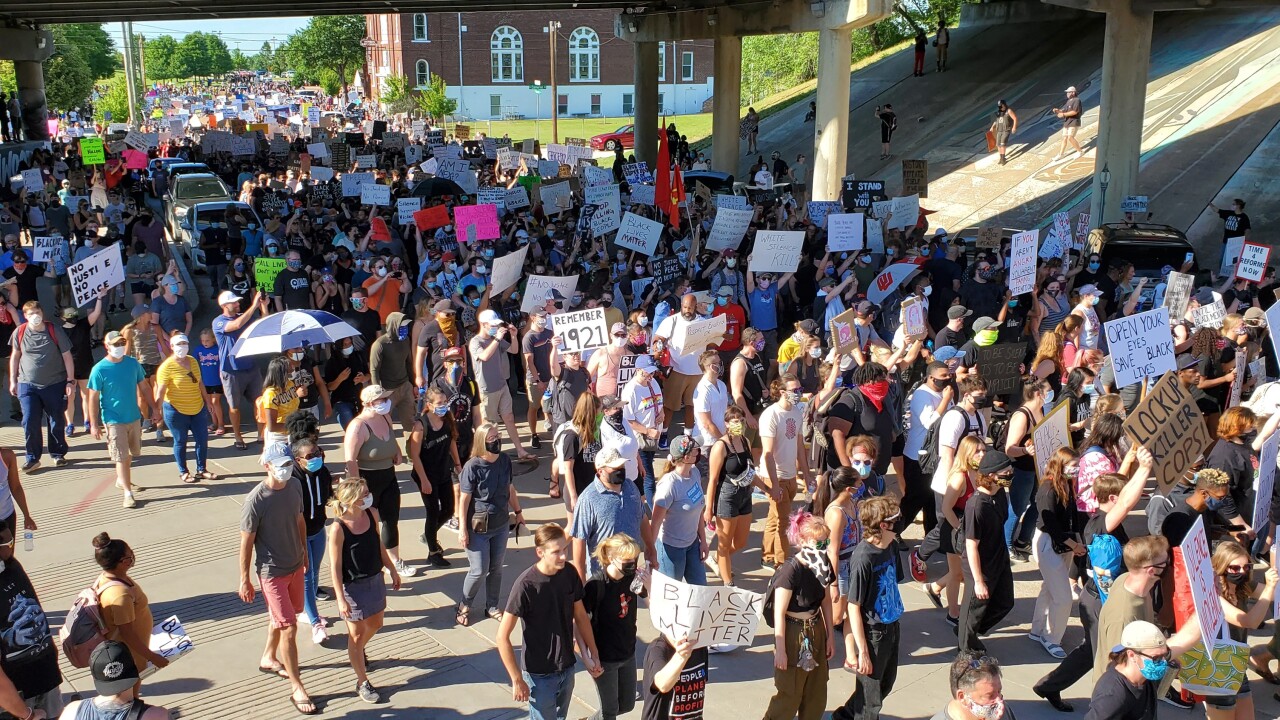 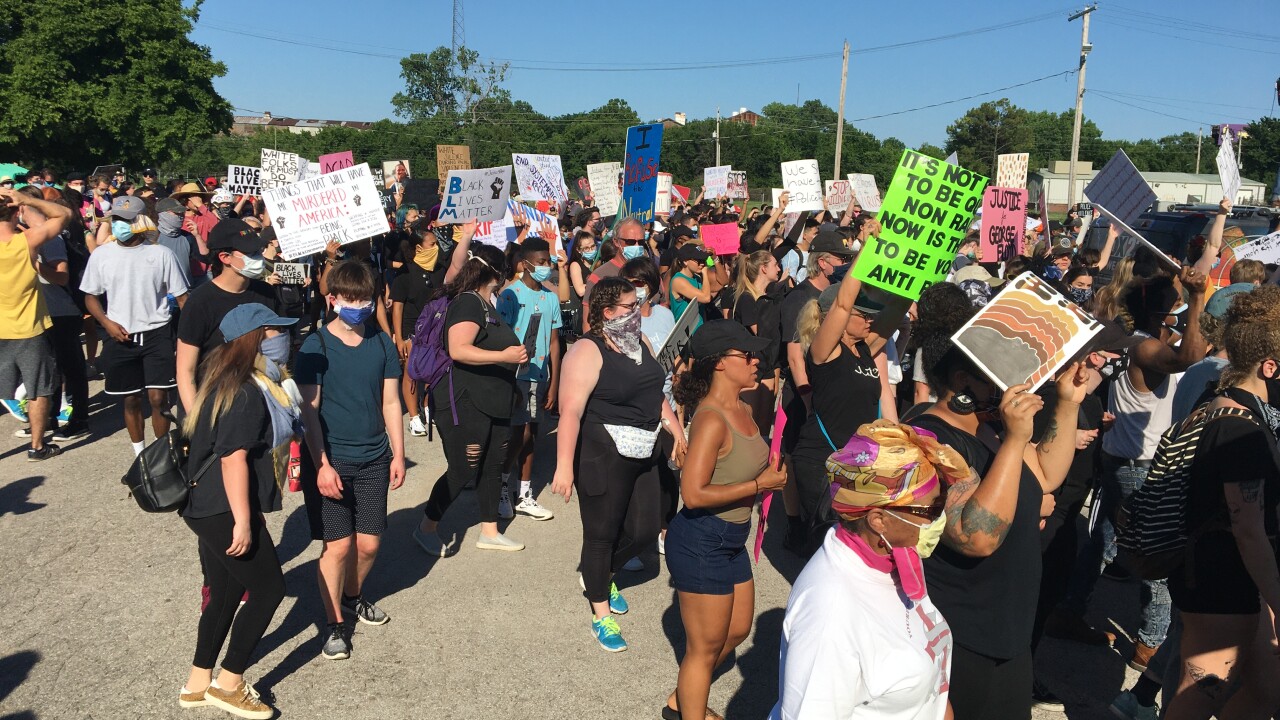 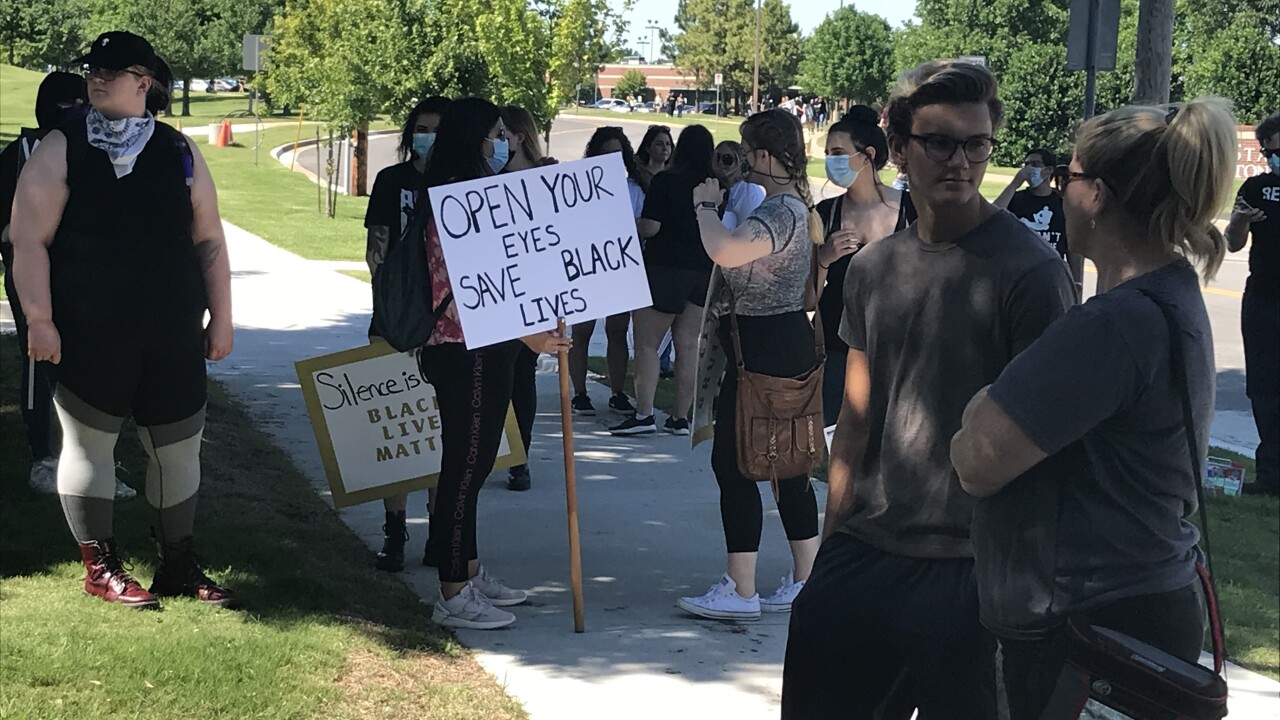 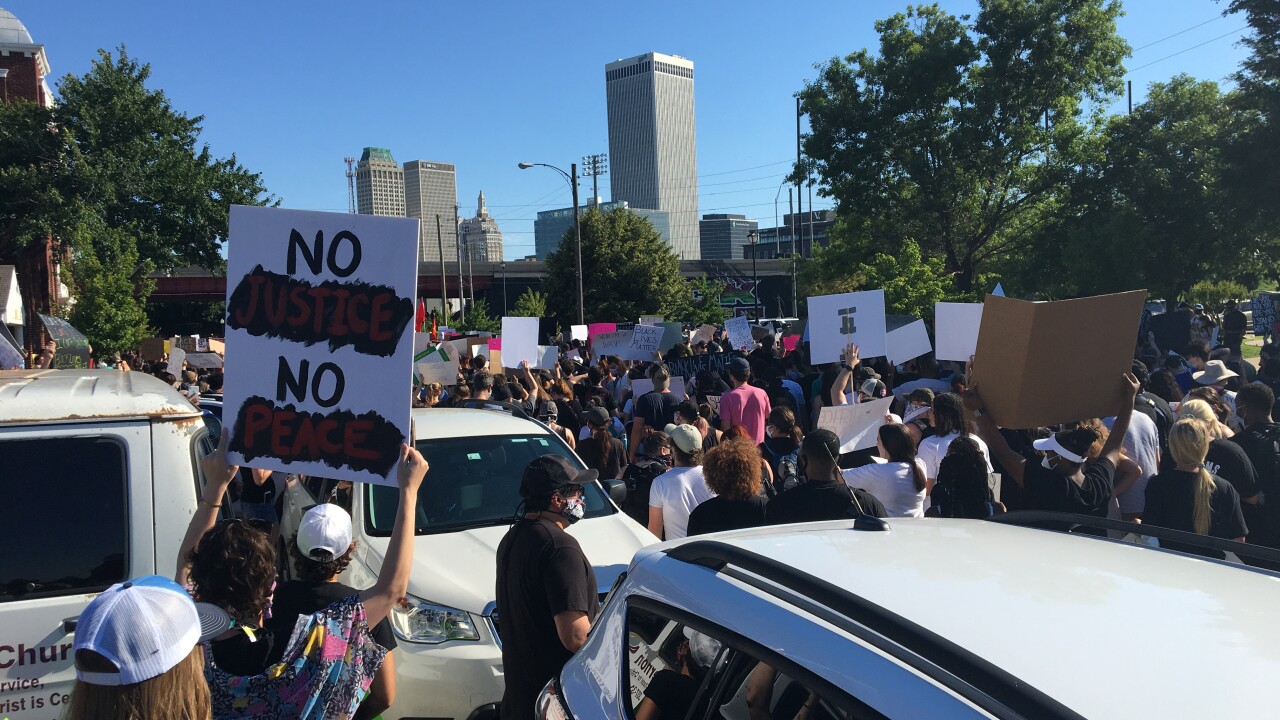 People from all over Green Country came together in Tulsa's Historic Greenwood District for a Black Lives Matter Rally.

May 31st is the 99th anniversary of the 1921 Tulsa Race Massacre, organizers are asking people to practice social distancing and wear a mask to keep themselves and others safe.

The march started at the Black Wall Street Mural and planned to go to John Hope Franklin Reconciliation Park. During that march protesters walked onto I-244 and blocked all lanes of traffic.

Around 6:20 p.m. witnesses reported a truck with a trailer drove into the protesters. Three people were hit by the truck. Medical personnel and OHP escorted those people away from the scene.

Witnesses described the terrifying incident as the truck plowed into a crowd of protesters on I-244.

It had been just minutes since the demonstrators blocked off the interstate for the rally.

Cellphone video by one of the protesters captured the scary incident that happened around 6:30 last night.

You can see a red truck carrying a trailer behind barreling through the crowd.

Witnesses say they saw a man even jump off the interstate to get away from the truck.

Two people had to be taken to the hospital, while a third victim says he's lucky he got away with minor injuries.

Thankfully I only got my leg a little bit injured and my arms here, I mean my hands here. But I didn't get as bad as other people.

The Oklahoma Highway Patrol says protesters surrounded the truck right after the incident and the driver tried to run away. Officials took him in for questioning.

At this time, no charges have been filed and his name hasn't been released.

By 7 p.m. the crowd dispersed from the highway and resumed the rally in the Greenwood District. Tulsa police say a group also gathered at the Tulse County Courthouse and peacefully assembled.

Tulsa police reported around 7 p.m. that the crowd on the highway dispersed.

Before the march organizer Tykebrean Cheshier said she wanted to show Tulsans that black lives do matter, and the issue affects everyone.

Cheshier says, “It’s different than posting hashtag black lives matter on Instagram. It’s something to show up and make that poster, take that picture, and learn that history here at Black Wall Street and say this is what happened back then, and we want to make sure it never happens again.”

She said she's worked with Tulsa police in the past at other rallies and appreciates their help again.

One of the protestors, Michael McDonnell, said “I told my wife, ‘We can’t go home and tell our kids when they grow up that we were that close and didn’t do anything. Everybody thinks that they’re small, but everyone being here makes it big.”