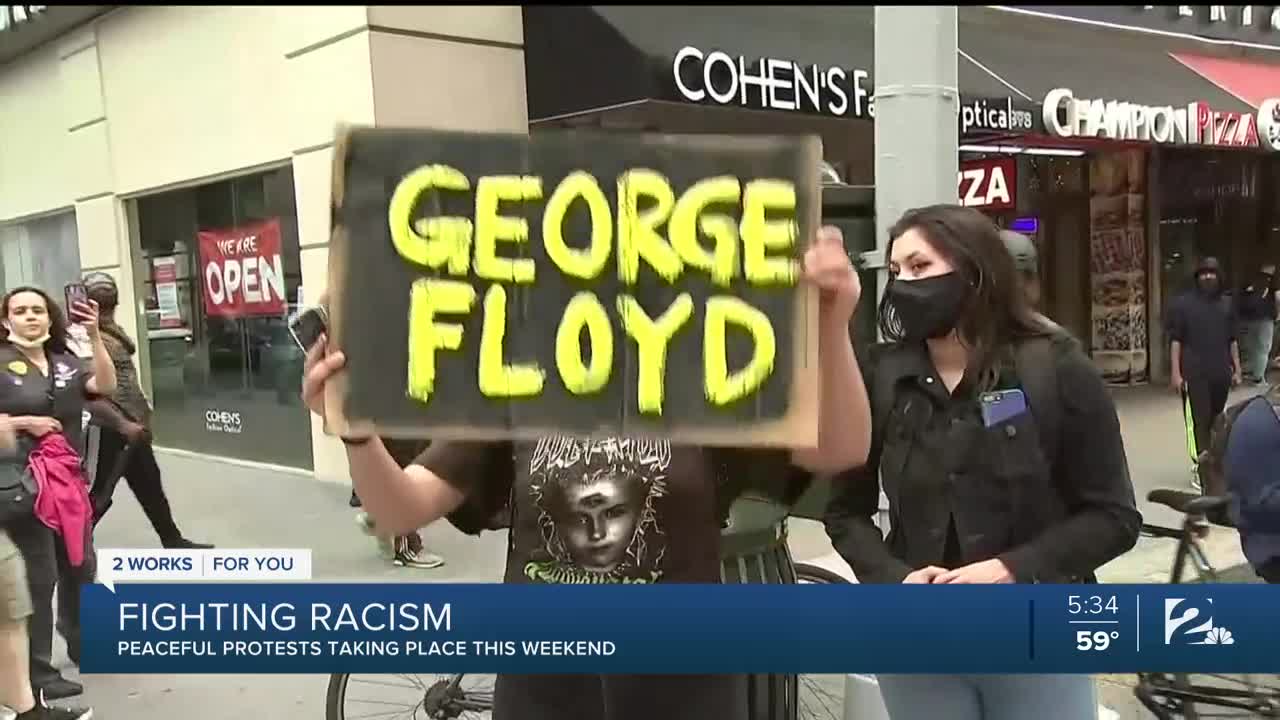 Some Tulsan's plan to protest this weekend and demand justice for George Floyd, Terence Crutcher and many others.

TULSA, Okla. — Peaceful protests are taking place all across the nation and in Tulsa after the death of George Floyd in Minneapolis May 25, 2020.

His death sparked anger and frustration across the nation, and some Tulsans are planning peaceful protests to stand in solidarity with those in Minneapolis.

Tulsans plan to protest, demanding justice for George Floyd and so many others that have lost their lives due to police brutality.

Kjrh spoke with one of the people who organized this weekends protests.

Black Lives Matter Protest Organizer Quraysh Ali Lansana said, like Martin Luther King once said, a riot is the language of the unheard.

He believes in all people using their voices to communicate their concerns, their issues and their grievances.

"I am protesting this weekend because George Floyd did not deserve to die," Lansana said.

He, like many others, want to be with all of those who have fallen to racism, and police brutality since the 1921 Race Massacre that happened in Tulsa nearly 100 years ago.

"This particular moment between a white police officer and an unarmed black man was caught on video," Lansana said. "Caught on a camera phone, how many incidents of racist policing, of racism period have not been captured on a cell phone."

They are demanding justice for George Floyd, Ahmaud Arberry, Breonna Taylor, Terence Crutcher and many others.

"He said I can't breathe repeatedly, he called for his mama, even continued to refer to the police officer as sir, he put his full body weight on his neck until he stopped breathing."

Video went viral of Floyd saying "I can't breathe" while a police officer knelt on his neck. Floyd, hand cuffed, lying on his chest on the road. Floyd became unresponsive. Floyd died on May 25, and protesters want justice for him, his family, and the many others who have lost their lives.

The Tulsa Police Department will be there to facilitate a peaceful protest both Saturday and Sunday.

Saturday it will take place in Brookside, on the corner of South Peoria Ave, and East 34 street. Sunday they plan to meet at the Greenwood Cultural Center at 5pm.