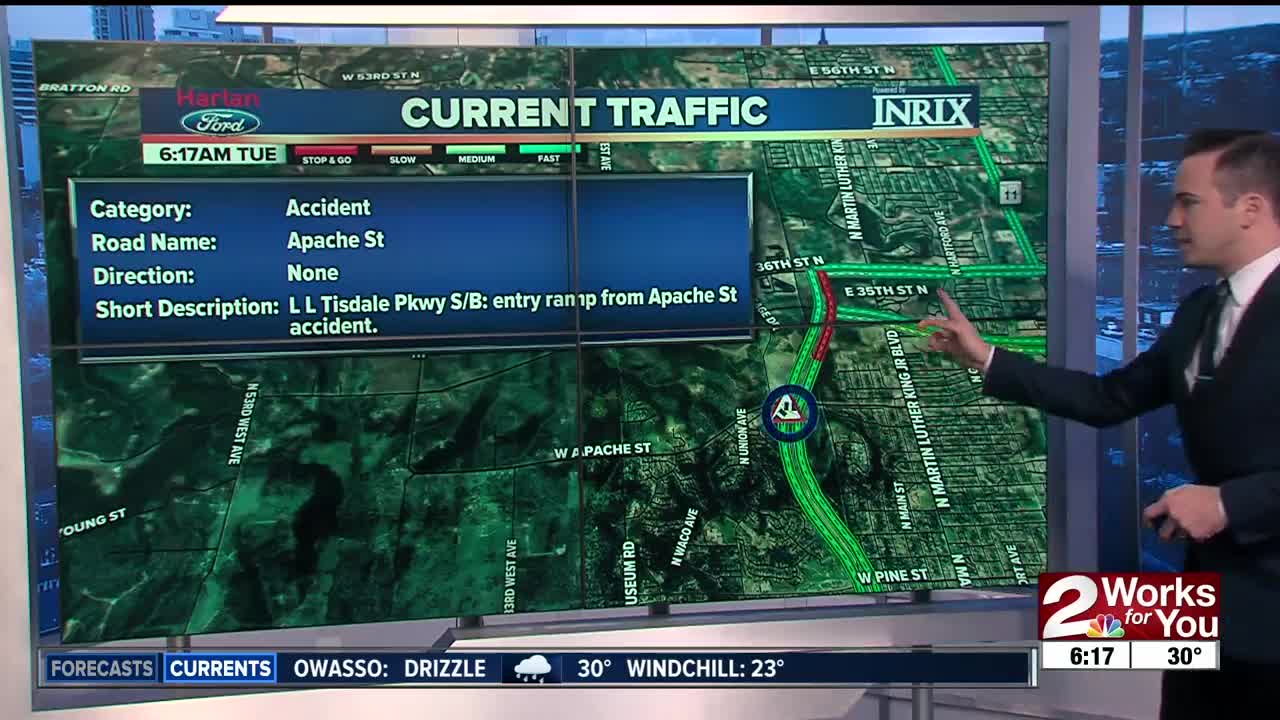 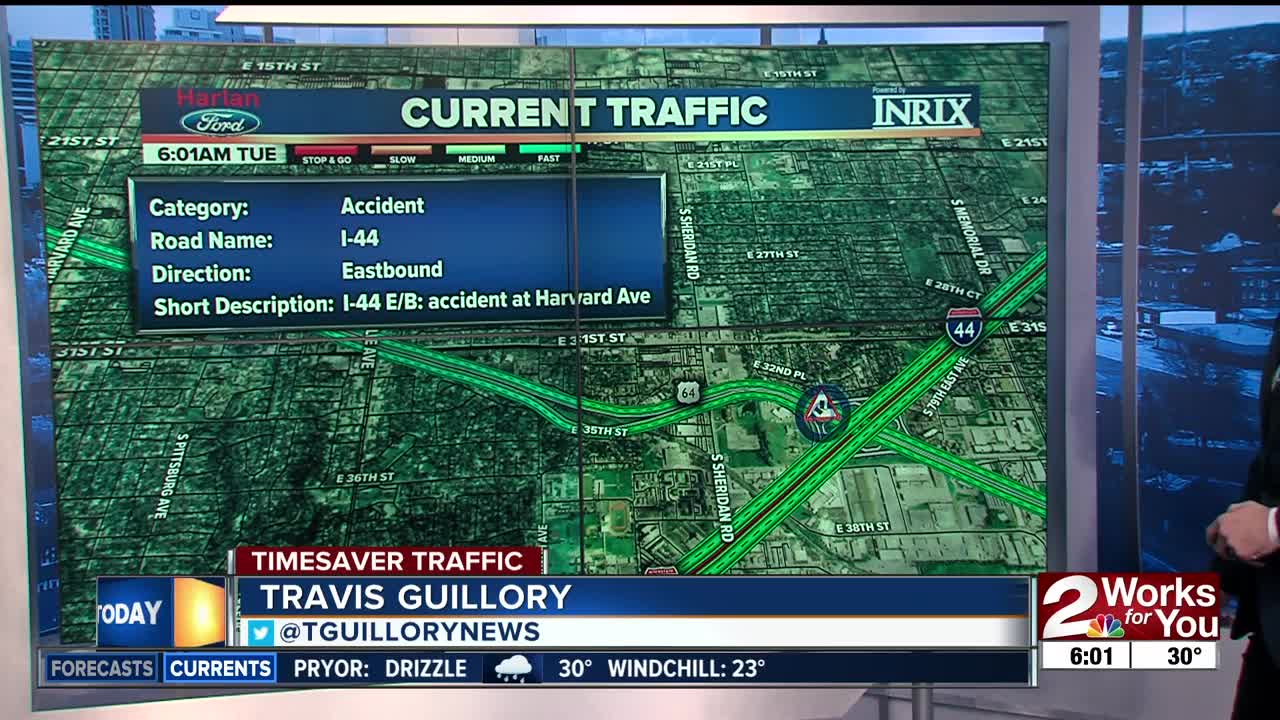 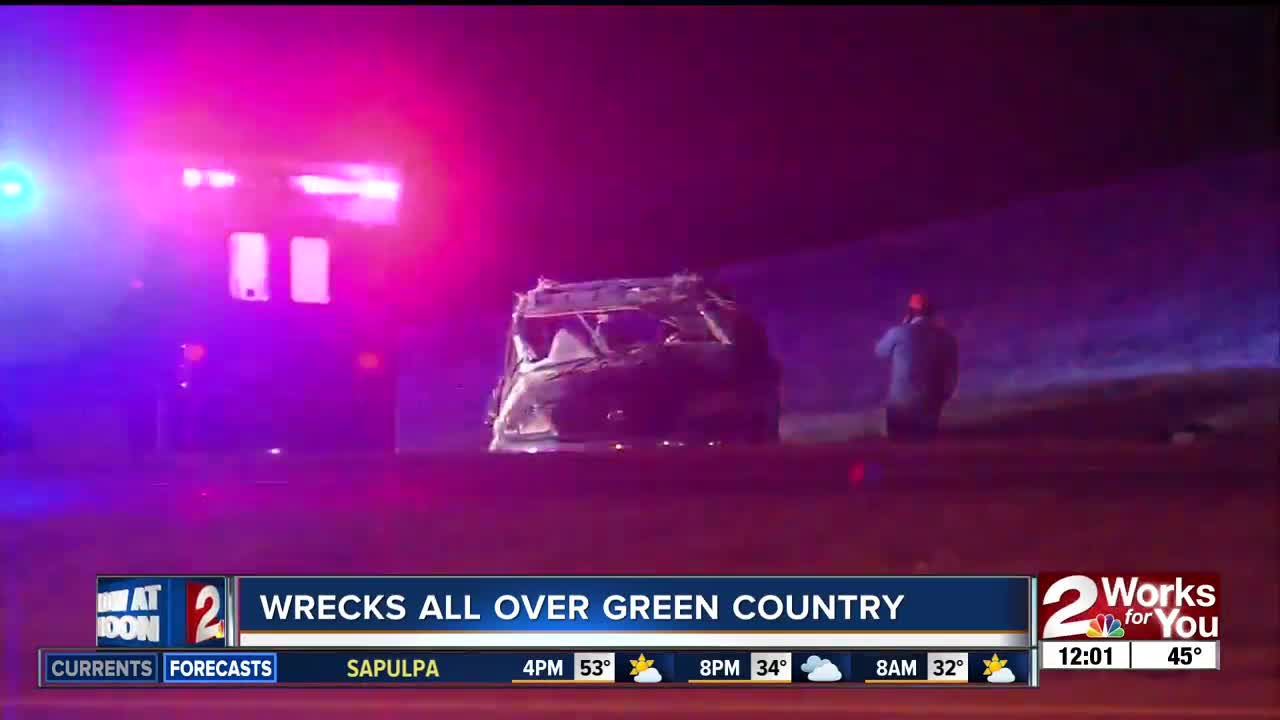 Patchy fog has developed across portions of eastern Oklahoma and west-central Arkansas this morning.

Tulsa Police are on Slick Streets because of wet and icy roads. Our police scanners are talking about crashes constantly, so be careful if you are on the roads.

Temperatures have fallen into the upper 20s in these areas, which has allowed a few slick spots to develop on elevated surfaces.

Officials say if driving, slow down and leave plenty of distance ahead of you.

AAA said they responded to only four calls throughout the morning. They were all near the Tisdale Expressway and US 75.

ODOT said typically they would put trucks out all night if they knew there was a chance for ice. In this case, they found out about ice around 5:30 a.m. and deployed salt trucks immediately to begin treating roads.

Bridges may be slick in spots due to a light glaze. Temperatures will rise above freezing by mid morning with the threat of black ice ending.

Police went on Operation Slick Streets, meaning they only responded to injury crashes.

One van flipped several times near Apache Street and Tisdale earlier this morning.

2 Works for You crews are en route to several more accidents and we will release more information as it becomes available.