Black Friday is among busiest days for Plumbers 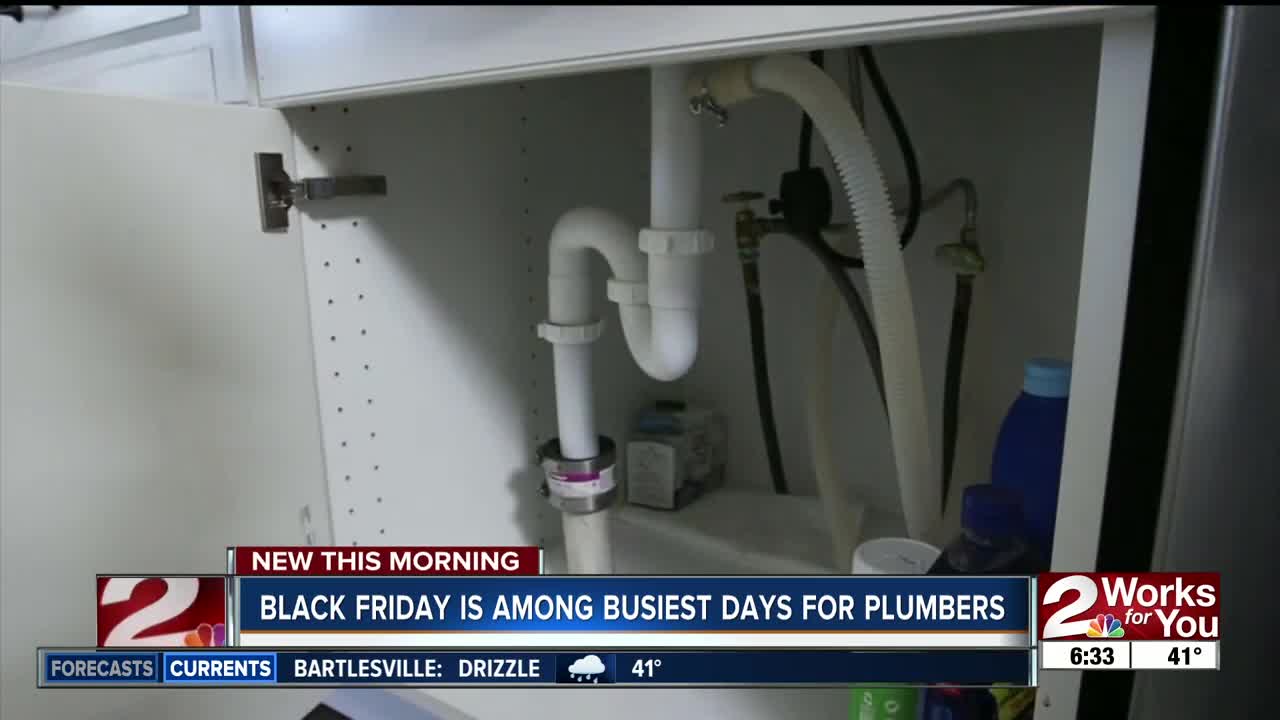 Black Friday is among busiest days for plumbers

On this black Friday plumbers are gearing up for the busiest day of the year.

But it's not for the reason you're probably thinking of!

2 Works for You's Cori Duke found it all has to do with Thanksgiving leftovers.

Paul Washington, Co-Owner of PS Plumbing Services says, "It's a lot of stuff you see in the plumbing world."

That could not be more true for Paul Washington on Black Friday.

He says on average he gets an additional 50 calls the day after thanksgiving.

Sarita Washington, Co-Owner PS Plumbing Services says, "I'm anticipating not seeing my husband and his crew, cause they are going to be busy."

He's not the only plumber planning on a busy Black Friday.

The four day Thanksgiving weekend brings a 21 percent increase over any other thursday through Sunday period in the year.

Paul says most of the calls he gets is people trying to get rid of their Thanksgiving leftovers.

Stuffing items down the garbage disposal that don't belong.

Paul says, "I saw bones, turkey bones, chicken bones, chitlins. If a person have a garage disposal they think they garbage disposal can take everything."

He says the garbage disposal can handle smaller items, like corn or peas but bones or meat is a no-go.

He's also seen people use the toilet to flush away their leftovers.

"The people who don't have a garbage disposal they use the next best thing which is a toilet," says Paul.

So save your toilet for what it's meant for.

And be kind to your garbage disposal.

Best piece of advice, throw the leftovers in a garbage can where they belong.

"Take a second and just put it in the trash, then you wont be seeing the plumber on thanksgiving or a holiday that when you are trying to entertain," says Paul.