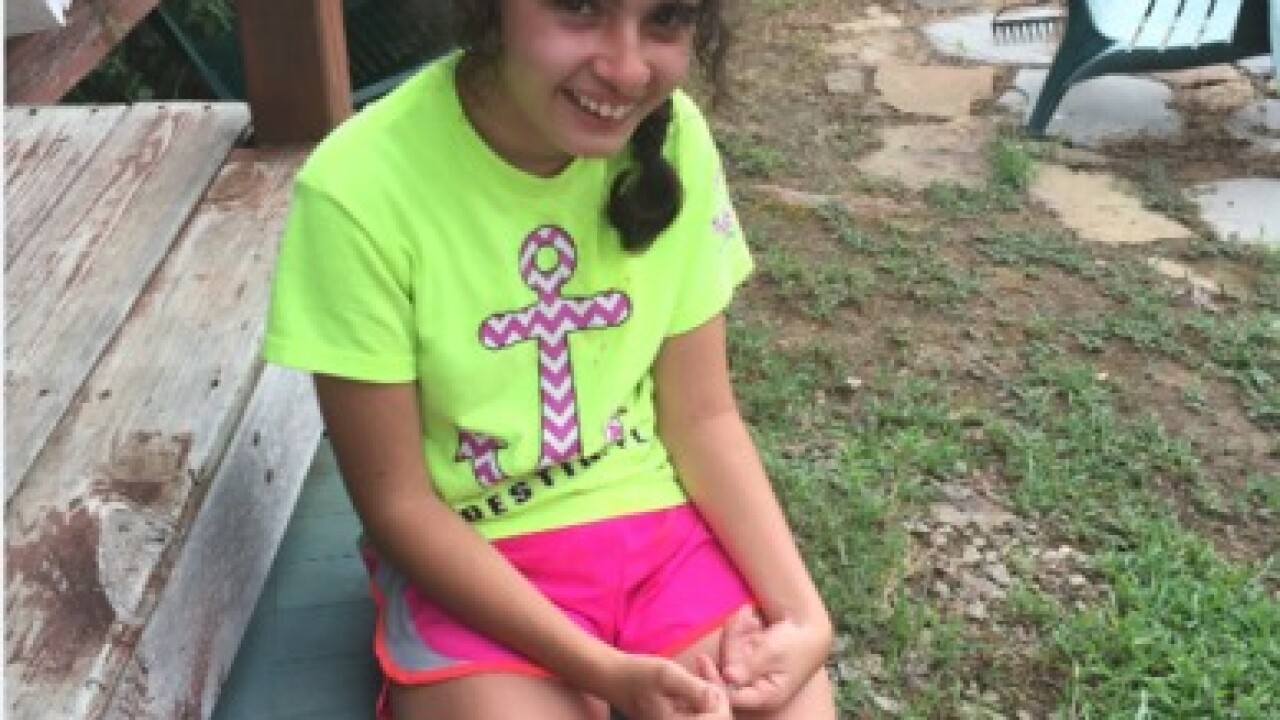 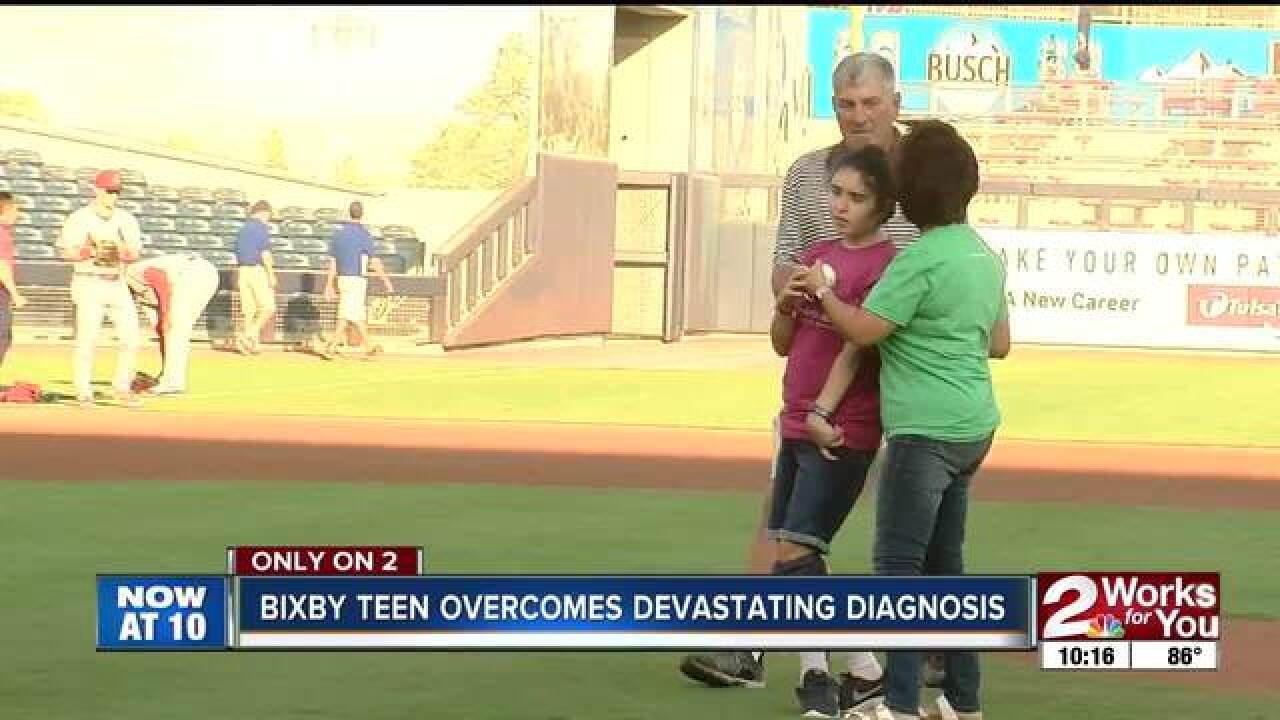 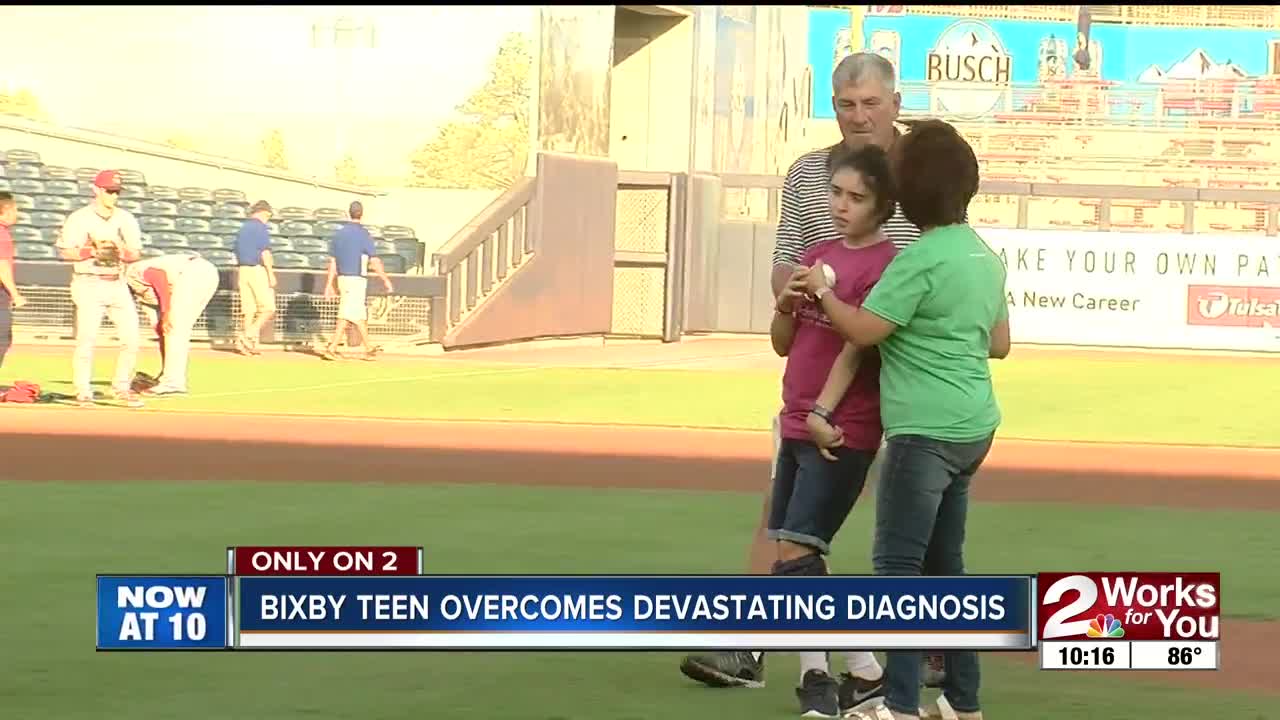 BIXBY, Okla. -- A devastating diagnosis proves to have no limitations for one Bixby teenager who is using her fighting spirit to empower others with her story.

Ella Morrow's life changed when she was just a toddler, diagnosed with a rare disease of the nervous system.

On Monday night, she stepped out in front of hundreds of people to show them just how strong she truly is.

It was a big day at ONEOK Field. A special guest was set to make an appearance on the pitcher's mound.

But as Ella waited for her moment to shine, those who know her story reflected on all the days beforehand, much bigger than this single day.

Ella is now a sophomore at Bixby high school. Her story is powerful and began when she was just four years old.

“Ella was starting to have some random complaints of symptoms,” Tia Morrow, Ella’s mother said. “My stomach hurts, my head hurts…”

Tia watched as her spunky fun loving little girl quickly began to decline. She became so lethargic she could not even lift her head.

“As it turned out over the next course of the week, she drifted off into a coma and they decided she had what they called acute disseminating encephalomyelitis,” Tia said.

ADEM is a rare infectious brain response caused by what doctors believe, in Ella’s case, was a mosquito bite.

“I was terrified,” Tia said. “I really thought I was going to lose my little girl."

“It’s just one of those moments you literally end up on the floor on your knees crying and begging to keep your kiddo here,” Tia said.

In a time of despair, the Morrow's found hope at the Children's Center Rehabilitation Hospital in Bethany, Okla.

After months of what felt like torture, Tia said things began looking up. Ella's spirit came back.

“She's taught me patience in a way that is unremarkable,” Ella’s mother said. “She had taught me so much."

Years later, Ella’s sass is abundant, and her heart is pure.

Former Oklahoma Sooner and NFL football player, Uwe von Schamann accompanied Ella as she threw the first pitch. He is a big advocate of the hospital in Bethany working closely with patients.