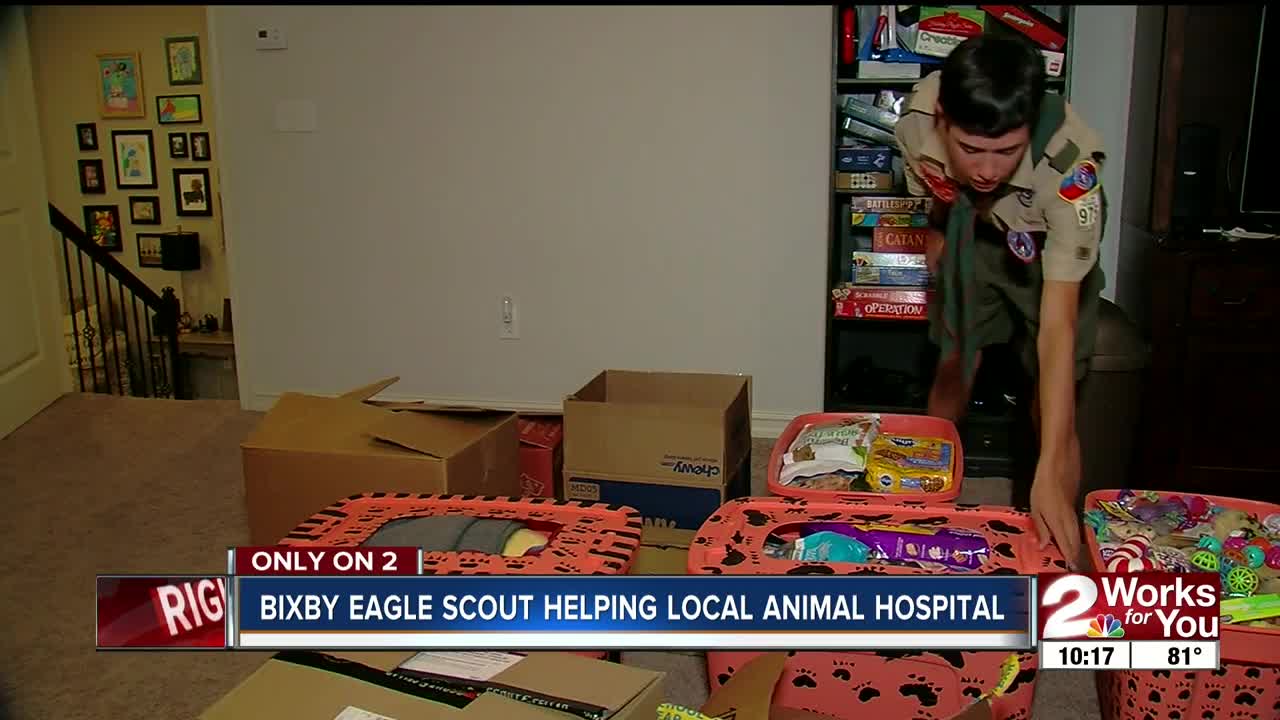 In order to become an Eagle Scout, the teen has to submit a project that helps out the community. Becoming an Eagle Scout means a lot to Preston Freeman.

"It starts as Cub Scouts so I’ve been in there since a bear which was third grade," said Freeman, who is a Life Scout in Bixby.

Freeman chose an organization close to his heart for his Eagle Scout project.

"I’ve always had a soft spot for animals," said Freeman.

Just over a month of walking his neighborhoods streets, going door to door, and collecting items out side of Reasor's and Petco, and Freeman met his goal and then some.

It's all going to Horizon Animal Hospital in Bixby, which is pretty much the only game in town for a shelter in Bixby.

They partner with the city of Bixby, so all animals found by animal control get dropped off at the hospital. They have 15 kennels, but receive five to ten animals a week.

"It’s awesome that any young person would want to help," said Dr. McDonald.

Freeman plans to drop off the donations at the hospital on Wednesday.