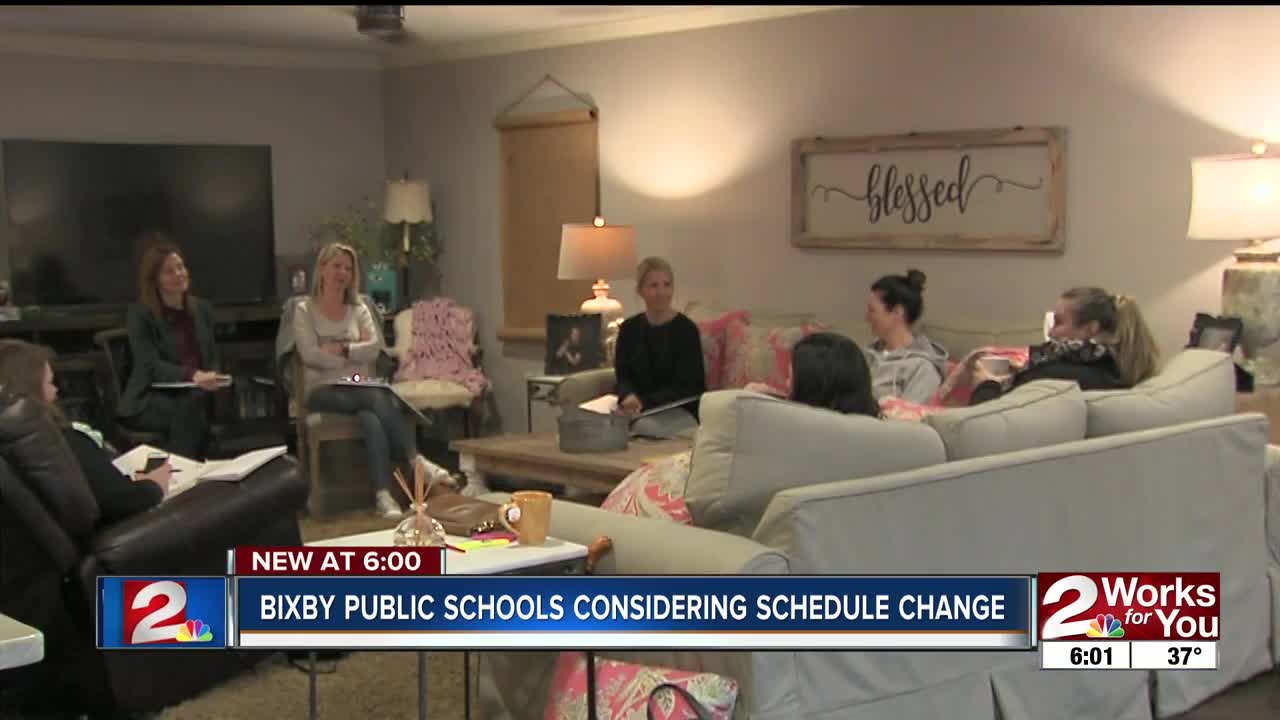 With the announcement, administrators sent out a letter asking parents and students for their input. By Friday afternoon there were more than 600 responses. Officials say right now the debate is split down the middle.

"I know my high schooler is going to love it - maybe my fourth grader not so much," said Joely Flegler, who is a mother of three Bixby students.

Superintendent Rob Miller says the change is designed to help the older students. He said it is based on years of research of the link between sleeping habits and success in school.

"Both of my girls are extremely involved in activities and sports and so they're up late at night going to different activities," said Tristy Fryer, mother of two Bixby students. "For me, I like that they have a later start time; they can do homework once they get home, and sleep in a little bit later."

The administration will hear voices on both sides for the rest of January, and make a decision later in the year.